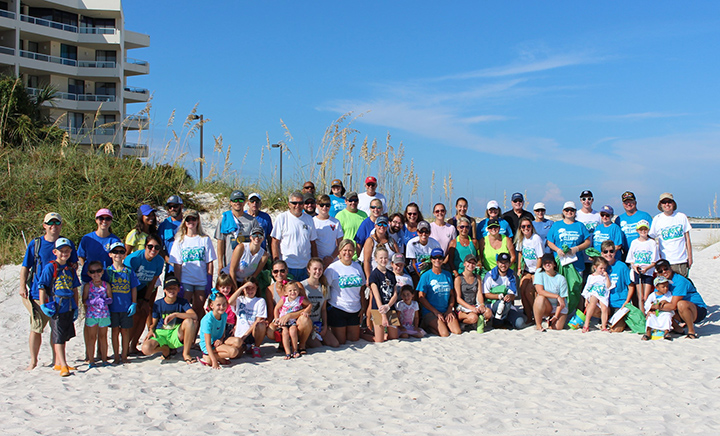 Photo courtesy of the City of Destin.

On Saturday, September 16, hundreds of thousands of volunteers from across the world headed to their coastal beaches and marshes to remove trash and marine debris as part of the 2017 International Coastal Cleanup.

In the 2017 International Coastal Cleanup Report, organizers write that over 500,000 people participated last year alone. In the end, 13,840,398 items were removed and catalogued— and some of them are just plain weird. Guam participants found a kids’ slide, Hong Kong beachcombers came across a toy house and an American volunteer discovered a wizard’s hat! Cigarette butts are the most common item reported, with over 1.8 million individual cigarette remnants found.

Citizens and environmental groups choose sites for cleanups, selecting them on the Coastal Cleanup Map and submitting data sheets on the items they collected. In Northwest Florida, the Choctawhatchee Basin Alliance (CBA) organized two cleanup sites for local volunteers. 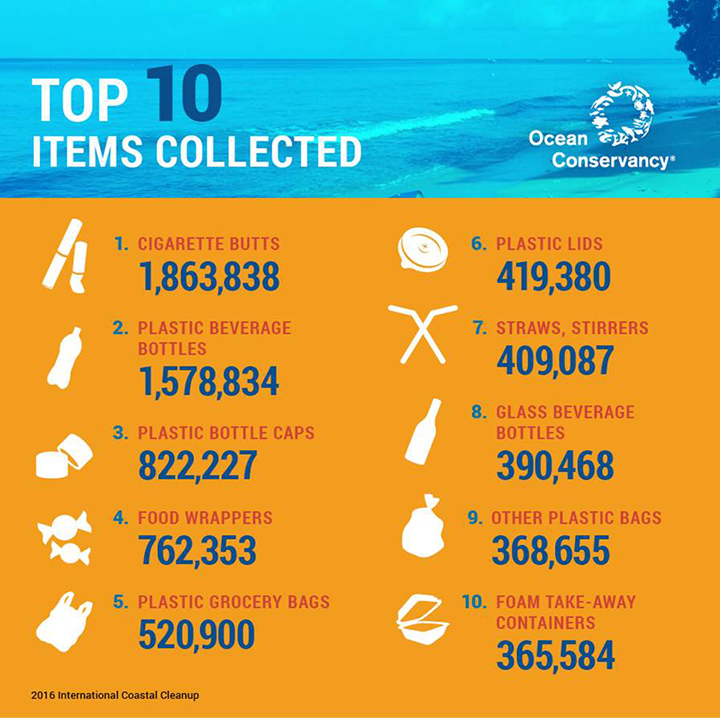 “The International Coastal Cleanup raises critical awareness of the impact of pollution in our oceans,” Alison McDowell, Director of the Choctawhatchee Basin Alliance, explains, “the program is now over 30 years old, and together the participants have removed over 18 million pounds of trash from our shorelines. Here at CBA we work to protect our waterways, and we love sharing our work creating swimmable, fishable waters with the community through this event.”

Across the world, the Indian Coast Guard, along with cadets and volunteers, provided another impressive example when they participated in cleanup efforts in Puducherry, Karaikal: “Inaugurating the campaign, Chief Minister V. Narayanasamy said the locals too had a responsibility to maintain cleanliness around their houses and protect the environment.” 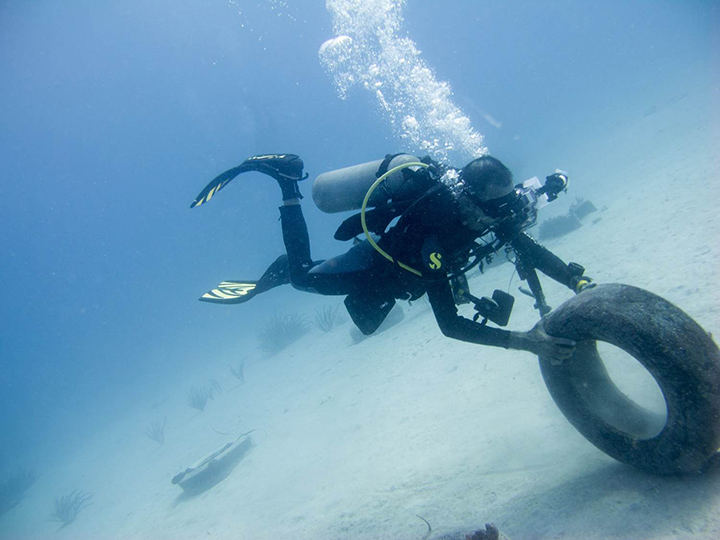 Now in its 31st year, the International Coastal Cleanup is the largest volunteer effort in the world, inspiring many to become coastal stewards throughout the year, not just on the annual cleanup day. The enormous database created on marine debris is used by scientists and land managers to learn about common trash items and where they end up along our coastlines, as well as to devise strategies on how to prevent marine debris from entering our waterways in the first place. According to the Ocean Conservancy, “Scientists have identified that by improving waste management and collection in the 20 countries where the mismatch between plastic consumption and mismanaged waste is greatest, we can reduce by 2025 the amount of plastic entering the ocean by more than 40 percent.”

Removing plastic from the marine environment is critical for wildlife survival. According to a recent report, “over 690 species (from the smallest of plankton to the largest of whales) have been documented to be negatively impacted by marine debris.” For example, plastic bags are mistaken for food by sea turtles and other species, and derelict fishing gear accidentally entangles wildlife long after the materials have been discarded by commercial or recreational anglers.

Cleanups of coastal environment remain an important mechanism for removing plastics and other trash from our beaches and marshes, but must be coupled with an overall reduction of the plastic stream entering the marine environment in the first place.