A long journey to help Guajira and the Wayuu people 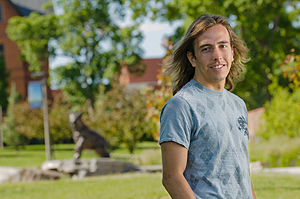 Esteban Ferrero Botero did not set out for Montana State University to study anthropology. Instead, he hoped to study archaeology and geololgy, inspired by growing up in Manizales, Colombia, a town built in the mountains surrounded by jagged topography and rich with remnants of ancient indigenous cultures. However, as an undergraduate, he became interested by the dynamics of education and culture, and their potential to illuminate new ways to bring social change. Then, later in college, he decided to study the indigenous life of his country through the lens of cultural anthropology.

During the summer of  2009, Esteban participated in an anthropological study of the Wayuu people. His ethnographic investigation focused on the dynamics of ethno-education in an indigenous local setting, their effects on culture and people and its role in the construction of a modern multicultural Colombian state and in the lives of the Wayuu people. 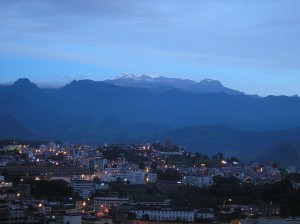 During his 2009 study, Esteban joined his aunt who worked for Acción Social, a state organization and traveled in northern Colombia teaching workshops and supporting programs that meant to empower marginal groups, including indigenous peoples. During his travels, Esteban contacted an ethno-educational boarding school in La Alta Guajira (the higher Guajira). He lived in the boarding school while he did his research and taught English classes. After living an entire summer with the Wayuu people Esteban described them as “really nice and hospitable.”

The Wayuu people inhabit the semi-arid Guajira peninsula in northern Colombia. The Wayuu represent 20 % of Colombia’s total Amerindian population and 48% of the population living in the Department of La Guajira, a peninsula in the northeast region of the country. 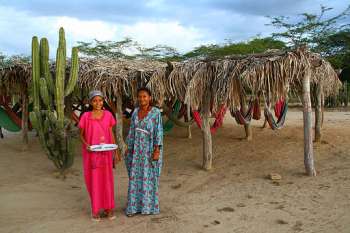 The Wayuu people were co-opted into the modern society and resisted by forming indigenous organizations. They live on a collective territory, with their sovereignty recognized under Colombian law. However, they often come under pressure to abandon their land, which is given to multinational corporations by the government for economic exploitation. The Wayuu feel that they have been abandoned by a state that did not care to protect their cultural and natural heritage, as well as their ancestral lands. 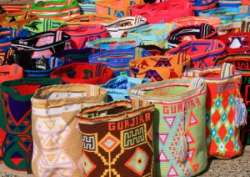 During the summer of 2010, Esteban’s life on the Resguardo (indigenous reservation) emphasized the idea of cultural loss and ethnocide, but especially the efforts – though sometimes futile – for recuperation. Esteban was “trying to find which way indigenous people could empower themselves and resist the state’s push to convert them to a neo-liberal way of living.” But this proved to be complicated. Because of Esteban’s privileged upbringing, before he worked with Accion Social he was unaware of how many of his countrymen struggled with inequality and violence. 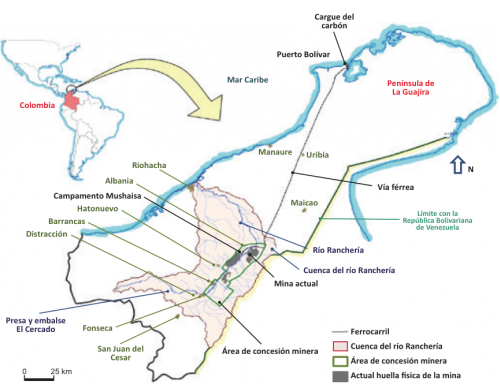 Guajira, the Wayuu, and Coal 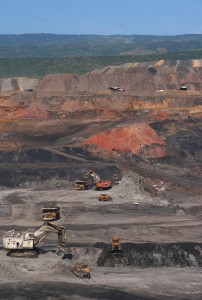 In the late 1970′s, the government partnered with CARBOCOL and Exxon’s INTERCOR to create the largest coal mining operation in Latin America, the El Cerrejón Coal Mining Project,  in the Guajira department. Today, 150 km of railroad track bisects the Wayuu territory from the mine in the southwest to the Bay of Portete to the northeast. Since the 1980′s, the mining operation has not only impacted the indigenous ecology but has also created a socio-economical and cultural divide between and within local inhabitants and the natives.

In the last thirty years, El Cerrejón, now owned by the multinational companies Xstrata, BHP Billiton, and AngloAmerican, has only been periodically questioned about its impact on the communities living nearby. Only a few articulate activists defended the interests of the local Wayuu Indians. But the seven billion dollar open pit mining venture has drastically affected the well-being not only of the Wayuu people, but also that of local farmers and afro-Colombians in the Guajira department.

The owners of the mine, with the support of the Colombian government, aim to divert the Ranchería river channel by 26.2 kilometers (or around 16.3 miles) to extract more coal under the riverbed. In a semi-arid climate, diverting the only river would seriously impact nearby territories, ecosystems, and their inhabitants. However, those running the mine try to deny the impact diverting the river would have on the community and the land – and spend millions to publicize their “responsible mining” practices.

As an adolescent Esteban had visited the mining region. But as an adult familiar with the area’s ethnography he was able to understand the impact the El Cerrejón Coal Mining Project has on surrounding communities. Esteban admired the collaboration of unions, afro-Colombians, farmers, and Wayuu people protesting the mining company’s plan to extract more than 500 million tons of coal under the riverbed.

With this in mind Esteban, now a graduate student in Latin American studies at UC San Diego, spent this past summer in Colombia living in different reguardos in the southern part of la Guajira.  He also worked and collaborated with local organizations to protect the Rancheria River. The Wayuu consider the river to be sacred as it is part to their connection to woumainkat (mother earth).

Local inhabitants (Guajiros) and Wayuu’s organized their local economy around agriculture and trade. In the last thirty years, the government’s effort to pursue ownership of the land and the creation of resguardos (reservations) was in fact a way to get local inhabitants off the land. The government’s partnership with multinationals drastically changed the local landscape. The multinationals were granted access to coal, but they did not compensate local farmers and Indians for the loss of their way of life. The railroad and the coal extraction process increased the traffic and population in the region.

Access to the pit and the mining territory is strictly forbidden for the local Indians and farmers, who lament their lack of freedom. Most days, at 12:45 pm, earth-shaking vibrations occur due to massive explosions from the mine. Workers intend to minimize the noise and the explosions when foreigners are visiting the region.

Esteban, influenced by his background in ethnography, sees the resistance not only as a fight for the land but also as a fight for life. Esteban locally took part in a movement that went beyond barriers of class, gender and race. During this summer Esteban participated in two major protests to preserve the river’s natural trajectory.

Through the Comite Civico de la Guajira, he participated and helped organize a march on August 1st. The march took place in Riohacha, Colombia as part of a larger movement across the country to protest against mining policies and their destructive impact on the environment. Esteban witnessed approximately two thousand people attending the march in Riohacha.

After marching around the city, the protesters gathered in a park to talk about the river and how crucial its protection is. The mining company’s owners reminded the activists that diverting the river is only a potential project. However, Esteban is convinced that they will still try to exploit the coal located under the riverbed.

Later, on August 16th, Esteban helped to raising funds and led one of the six commissions that traveled down the river and to visit the communities living nearby. This expedition represented a great effort by the diverse people of Guajiro to unite against the mining company and the state. Beyond a fight for the land, the resistance aims to unite and educate people to better use their political rights to protect their heritage. Esteban, influenced by his background in ethnography, sees the resistance not only as a fight for the land but also as a fight for life.

Esteban expects the river to be saved, and continues to write both ethnographic and activist texts to raise people’s awareness on this important issue. He also hopes to show that new form of oppression are at play at the local and global levels.