"Behind the dwindling population of the world’s elephants are hundreds of stories, and behind every statistic there is an individual – a breathing, sentient being who has witnessed a changing world. This is the story of one such elephant and her unforgettable journey."

Allison Argo knew she had to do something when she first saw Ivan. He had spent nearly 30 years in solitary confinement in a 14-by-14-foot concrete cell. But he wasn't in prison. He was in a shopping mall. 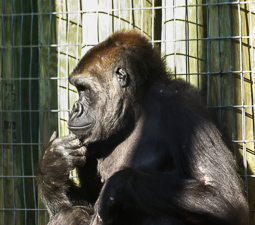 Ivan was a gorilla. He was born in the wild, in the African nation now known as the Democratic Republic of the Congo. When he was about two years old, he and his twin sister were captured and sold by wildlife traders. His sister did not survive the journey to the United States, but Ivan ended up as a pet, and then, inevitably, as he grew too large and too strong to control, he was confined to a cage. By the time Argo first met Ivan, he had been on display, behind glass, for 27 years in a Tacoma, Washington, shopping mall.

Argo was familiar with the plight of gorillas in the wild. But here was a gorilla in suburban Washington, obviously suffering. So she took action.

The Urban Gorilla was Argo's first documentary. She used her own funds to make the film, which she produced, directed and wrote. It took three years to make the documentary, and during that time, there was no guarantee it would ever see the light of day. With dedication, skill – and some luck – The Urban Gorilla ended up airing on the National Geographic Channel and winning several awards, including the duPont-Columbia Silver Baton and a Genesis award.

The film served as a catalyst. Locally and nationally, people began to fight for Ivan. The shopping mall was picketed and went bankrupt. Ivan's fate was in the courts. Finally, in 1995, he was sent to Zoo Atlanta. He could never go back to the wild, but he was able to walk on grass for the first time in decades and live among his own kind.

"It had been 30 years since he had seen another gorilla or been outdoors," Argo remembers. "There was no stopping me after that."

A Voice for Wildlife

Argo grew up in the small town of Orleans on Cape Cod, Massachusetts. Her parents had a summer stock theater, and she and her siblings were conscripted as needed – dragged onstage as extras or used as crew. Argo says being raised in the theater instilled in her the building blocks of storytelling she uses to create her documentaries. She went into acting, performing on Broadway and doing some television work. Then she had her fateful meeting with Ivan. After the success of The Urban Gorilla, Argo knew her true calling was behind the camera. 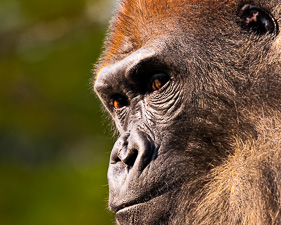 "I think as a filmmaker, my greatest strength is the ability to tell stories," she says.

Documenting animals – and the sometimes complex relationship humans have with them – comes naturally to Argo. The seeds of caring about the environment were planted early on, as was her compassion for all animals. She remembers first reading Black Beauty, the classic book about human cruelty and kindness told from the viewpoint of the titular horse, when she was about 12 years old.

"I really see wildlife as the ultimate victims," she continues. "They don't have any voice, and they can't fight for themselves in court. I've made a few films about humans, but I keep going back to animals. I'm dedicated to being an advocate for the protection and well-being of wild animals."

The mission of Argo's production company, ArgoFilms, is to foster compassion for animals and to champion wildlife through film, providing a voice for those who have none. Her films have won six Emmys (12 nominations) and countless other national and international awards. As a producer, writer and editor, Argo has traveled around the world in search of stories that beg to be told.

When Argo met an elephant named Pang Dao on the streets of Bangkok, she knew she had found another animal soul in search of a voice.

The Story of Dao 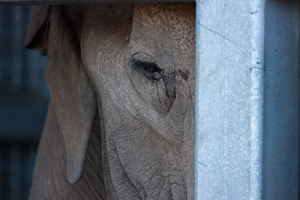 Fifteen years ago, Argo was filming The Urban Elephant in Thailand. The film, for which Argo won two national Emmys, profiled 10 elephants living in captivity. One of the stories was about a street elephant named Pang Dao. She was living with her mahout in an abandoned lot under a highway in Bangkok. Together, they begged for food on the streets at night. Argo could still see open wounds on Pang Dao's skin from decades of logging. No one knew exactly how old the elephant was, but she was probably at least 60.

The Urban Elephant helped to shift the way elephants are perceived and improve the care they receive in captivity, but Argo could not forget the look in Pang Dao's eyes. "I was really struck by the depth of her story and the tragedy of her life," she says.

Other projects came and went, but Argo kept thinking about the street elephant. She saw parallels between the stories of elephants like Pang Dao and the story of Black Beauty. She started thinking about doing for elephants what Anna Sewell's book did for horses. Argo feels like she was called upon to tell Pang Dao's story. It is a privilege and a responsibility she takes very seriously.

Argo tried to imagine the changes Pang Dao had gone through, shuffled from owner to owner over the past six decades. "My mind filled up with what I imagined her life to have been like," she says. "And there are thousands of elephants with similar stories. It haunted me, imagining what they had lived through."

While filming The Urban Elephant, Argo learned that elephants nurture their young in much the same way as humans. She was moved by the family structure of elephant groups in the wild, in which related females stay together their entire lives. "To take that away from them is so tragic," she says. It is this emotional connection she tries to incorporate into her films.

Argo is now working on The Story of Dao, a fictionalized film based on the life of Pang Dao and elephants like her. The film will follow Dao, a young elephant, as she is captured from the wild as an infant, taken from her family and pressed into human service. Dao, though semi-fictional, is a composite of actual captive elephants and their extraordinary stories. Argo's aim is to provoke people to think about elephants as sensitive, intelligent creatures, as animals with families and complex inner lives. Like the tale of Black Beauty, she wants The Story of Dao to open people's hearts and minds to the plight of animals cruelly exploited by humans.

In the summer of 2012, Argo completed a six-week scout in Thailand, where she researched locations, story details, and logistics for filming. She used Kickstarter, the online funding platform, to raise money for the scout and the response was extraordinary. 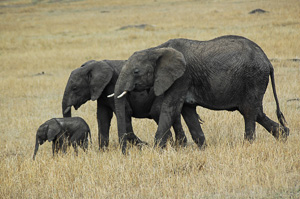 "I didn't even have a Facebook account before this, but I thought I should create a page for the film. Now, it has more than 3,000 likes," Argo says. "It's a new way of thinking. I don't have to wait around for PBS or National Geographic to fund my ideas. The response has been very exciting and very encouraging."

Argo is still in the process of raising funds to complete the film, and the team is working to finish the editing and add the final touches to piece. She feels the story is too large and too epic to be contained in an hour-long television documentary. She sees The Story of Dao as a feature film. "I'd love to get it into theaters," Argo says. "I want the broadest possible audience to see it."

Films That Have an Impact

Argo is an ambitious filmmaker. Through her work, she hopes to educate, inform, and inspire people to change the way they think and behave. Beyond telling stories and raising awareness, Argo wants to elicit action.

"I try to share information that I then hope people will use in a responsible way,” she says. “For instance, by supporting conservation groups or by voting for legislation that will protect animals.

"I think we as filmmakers can have a great deal of influence. I hope my audience takes it as seriously as I do. There is a place for entertainment, but I feel as long as I'm passionate about this, I'll make films that educate and inspire."

For more information, visit Argo Films and The Story of Dao.