Book Review: Are We Smart Enough to Know How Smart Animals Are?

Many readers of Are We Smart Enough to Know How Smart Animals Are? written by renowned Dutch primatologist and ethologist Franz de Waal would be intrigued but perhaps not surprised to learn that chimpanzees in Gabon hunt for honey with a carefully selected group of five different sticks, which they prepare and carry to the hive before beginning their work.

Readers might not be that surprised to learn that chimpanzees score better than human children on certain cognition tests, or that they are unusually adept at computer strategy games. But as increasingly common as such examples of animal intelligence have become, not so long ago they would have seemed fanciful or outright ridiculous to many who studied animal behavior.

For much of the 19th and 20th centuries, other species were assumed to be inferior in most ways to human beings, and the world’s creatures were assembled on a ladder with humans at the top, primates on the rung below and all other species delineated on rungs below that. It was a world of hierarchy, not of relativity or fluid richness, and one in which intelligence and consciousness were deemed unique to humankind.

Much of the study of other species focused on how well they could do various things that humans can do. It was handicapped by the dominance of behavioral psychology, which rose to prominence in the 20th century and was based on the idea that what an animal does is simply a response to a particular stimulus. There was no consideration given to the possibility of an internal intelligence capable of making sense of the world around it.

That presumption has been overturned in recent decades, largely through the work of animal cognition studies. One of the pioneers is Frans de Waal, whose influential Chimpanzee Politics made such an impact when it was published in 1982 that Speaker of the U.S. House of Representatives Newt Gingrich later recommended it as required reading for freshman congressional members. Several years before the book’s publication, Jane Goodall turned the field of animal behavioral study on its head by living among the chimpanzees of Gombe, getting to know them, and even giving them names. Both De Waal and Goodall were part of an emergent group of pioneering primate researchers that were influenced by Kinji Imanishi, the father of Japanese primatology, whose work in the 1950s emphasized the importance of empathizing with the species under study rather than always observing from a critical distance.

Before the stifling era of behaviorism and mechanistic views of how the natural world functioned, scientists were much more willing to see intelligence in other animals. Darwin famously declared that the difference between humankind and other species is one of degree, not of kind.

So it is no surprise that Frans De Waal’s latest book turns out to be just as much about the limitations of human intelligence as how smart animals are (even though it is abundantly clear that he believes that animals can be pretty smart, stating rather emphatically at one point: “I don’t believe in stupid animals”).

De Waal is a Dutch primatologist and ethologist based in Atlanta, Georgia, where he teaches at Emory University in the psychology department and is director of the Living Links Center at the Yerkes National Primate Research Center.

His book is a provocative history lesson on the field of animal cognition. It is also a probing and at times humbling reflection on the limitations we have imposed on ourselves out of sheer hubris when it comes to assessing the capabilities and intelligence of other species.

As one might expect, De Waal offers many satisfying examples of how a number of species have demonstrated their remarkable problem-solving skills and abilities to perform quite well on tests that often seem designed to see how well they can perform human tasks rather than ones that are more relevant to their own lives. He also provides examples of experiments that were designed in ways that were inappropriate to a particular animal’s physical abilities or way of understanding the world. “It seems highly unfair,” he writes, “to ask if a squirrel can count to ten if counting is not really what a squirrel’s life is about.”

Many animal intelligence studies have focused on proving either how much like people they are or how unlike us they are. “An entire literature burgeoned,” he explains, “that was more excited about the cognitive deficits of other species than about their actual accomplishments.” At one point he proposes a moratorium on human uniqueness claims.

De Waal wants to get past what he refers to as the “paralyzing skepticism of the past” and develop a sober, evidence-based, highly scientific approach that would seem ultimately to end up in a celebration of the diversity of life and the capabilities of animal cognition. Things have evolved a great deal from the dark ages of behaviorism to the present, as scientists now study how animals use tools (the ability to do so was once thought to be unique to humans), their knowledge of the environment, their social skills, their reliance on foresight and insight, how they cooperate and share, and other areas of inquiry that would have been regarded as frivolous if not blasphemous as little as forty years ago. De Waal has recently moved away from the study of competition between animals — the guiding paradigm for many years — to focus instead on empathy and cooperation.

De Waal is not a romantic, and his clear respect for what other species can do comes from years of scientific rigor. An extended period of direct observation is critical before one should start experimenting with animals, he maintains, because the observation of animals in their own environments allows one to put experimental results into the broader context of a particular animal’s natural behaviors. Only through carefully designed studies that are adapted to an animal’s existing aptitudes, physical abilities, interests and actual life challenges can we move beyond the tendency to either romanticize and inflate animal abilities or casually denigrate them because we may not fully understand what they are doing.

Several animals appear in the narrative, including Alex the Parrot, Washoe the Chimp, Kanzi the Bonobo and Betty the Crow, all prodigies who have done so much to put animal cognition on the map. Alex, who developed an enormous vocabulary of human words and the ability to perform a number of impressive cognitive tasks, was considered so influential that he merited obituaries in the New York Times and the Economist when he died in 2007. 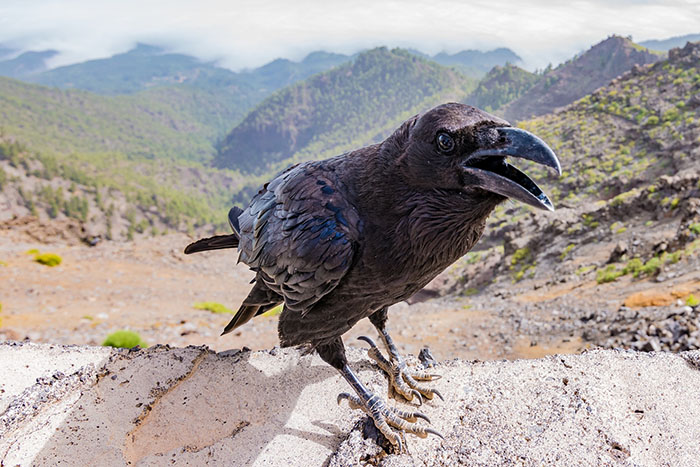 Both Alex and Washoe achieved their prominence during an era that started in the 1960s and 70s, when assessing their ability to learn human language was considered the way to determine how intelligent they were. Since then, scientists have come to understand that the use of language is not synonymous with thought — perhaps not even necessary to it — and that there are many other expressions of animal intelligence that are more relevant.

Betty the Crow provided one example during an experiment at Oxford University in 2002. Betty, who is now something of a social media star, was trying to pull a little bucket with a piece of meat in it out of a vertical pipe. There were two tools next to the pipe — a straight wire and a hooked wire, the latter the only one that would allow her to lift the bucket. When a companion crow stole the hooked wire, Betty quickly adapted by bending the straight wire into a hook that she then used to lift out the bucket. Each animal, as De Waal points out, has a unique cognition story.

One can’t help but come to the conclusion that the study of animal intelligence is ultimately a collaboration between humans and various other species. Many animals seem to engage quite willingly when presented with a task or a challenge. Others are less inclined, perhaps out of sheer boredom at either the meaninglessness of the selected task or its insufficient challenge. “One cannot expect a great performance on a task that fails to arouse interest,” De Waal notes.

Outside of the laboratory, there are a growing number of stories of animal and human collaboration that speak to intelligence as an aptitude shared among many species rather than unique to humankind. When whaling was still a business around Twofold Bay in Australia, to cite one real-world example, killer whales would perform conspicuous breaching and lobtailing to announce the arrival of a humpback whale, and then herd the whale toward a whaling vessel. Once the whalers had killed the humpback, they would leave it to the killer whales to extract the tongue and lips (their desired portions) before processing the whale for human consumption.

In the end, the answer to the provocative question posed in the title of his book might be offered with a bit of hesitation, and be far closer to “Maybe” or “There’s still a long way to go” than a confident confirmation of the superiority of human intelligence.