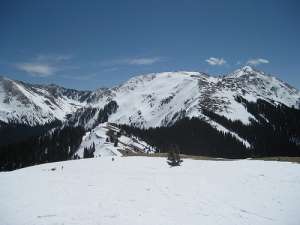 For the second year in a row, Izilwane—Voices for Biodiversity had one of its films accepted by the Taos Shortz Film Festival, a growing film festival that focuses specifically on films shorter than 28 minutes. Izilwane’s  Brilliant Baboons: Primatologist Paula Pebsworth Studies Baboon Self-Medication, a six-minute short, was screened on Thursday, March 7, 2013. It was one of 88 global short films from 17 Countries around the world that Taos Shortz brought to the small, high-desert town of Taos, New Mexico.

Filmmaker Debra Denker, who is based in Santa Fe, and I, Izilwane founder and executive director, createdBrilliant Baboons after we traveled throughout South Africa in 2009 interviewing a variety of peoples and exploring many places. I shot the photos; Debra shot the film. Both of us kept copious field notes. Meeting primatologist Paula Pebsworth was serendipitous, and we both fell in love with her passion for baboons and her story about what her research with baboons was revealing. In addition, we were touched and alarmed to learn about the plight of these fascinating primates. 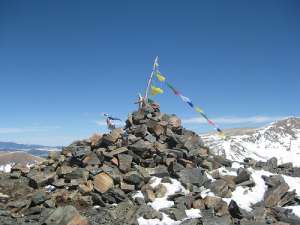 Debra writes: “In August, 2009, I was traveling in South Africa with Tara shooting footage for a documentary called Between Worlds: Africa. The film looks how we might reverse the Sixth Great Extinction currently in progress by going ‘between worlds’ to synthesize knowledge and wisdom from the different polarities of globalized and indigenous viewpoints, technology and nature, traditional healing and modern medicine, shamanism and science, and the human and non-human animal worlds. While we were staying at the Ant Bear Lodge in the Drakensberg Mountains, we fell into conversation with a visiting American family. Primatologist Paula Pebsworth talked eagerly about her fieldwork and research with baboon self-medication, includinggeophagy, the eating of clay, in Wildcliff Reserve in the Southern Cape. Tara saw a great opportunity for our film, which we are currently approaching in a series of discrete shorts featuring all manner of South African activists, scientists, and shamans, as well as Paula, a visiting American primatologist. Paula had never spoken on camera before, but was game to give it a try. The result, along with footage of baboons and other animals we later shot in Kruger National Park and the unique and compelling footage of baboons eating white clay directly from the side of a cliff that Paula provided, is our six minute short, Brilliant Baboons.” 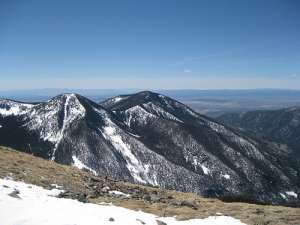 In addition to being shown at Taos Shortz, Brilliant Baboons is available for viewing on the Voices for Biodiversity website. An interview with Pebsworth by Denker, Standing up for the Baboons, provides an update on Paula’s ongoing research after Brilliant Baboons was shot. Izilwane’s first video, Youth Art & Biodiversity Project, screened at Taos Shortz Taos in 2011 and was shot by Izilwane intern Hari Ganesan using a point-and-shoot camera. This was his first movie. It was edited by Izilwane volunteer Karla Holland.