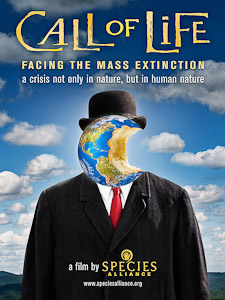 The biodiversity crisis currently unfolding on planet Earth could very well have serious implications for the human race, yet solutions for this crisis seem dishearteningly few. Call of Life, an exceptional documentary exploring the Sixth Great Extinction, examines not only the science behind the biodiversity and extinction crisis, but also touches on how the human psyche might, or might not, be capable of understanding the solutions.

Call of Life examines the myriad factors driving the Sixth Extinction. Destruction of habitats by expansion of cities, growth of agricultural areas, building of roads and mining for products deprive other species of basic means for survival, and are the most common causes; additionally, environmental pollution from agriculture and industry degrade water, air and soil quality. Species are introduced to fragile ecosystems and wreak havoc on unprepared and locally-adapted native species. Overexploitation of species for consumption, clothing, medicine and the pet trade place them at risk – especially those already compromised by habitat loss. Climate change has also caused many modern extinctions and will result in many more, as habitat temperatures change and sea levels rise. All of these factors are inexorably linked to the last and most important factor: human overpopulation.

The culmination of Call of Life delves into the first step toward a solution: the human species must care for our planet before meaningful changes will transpire. The film further posits that human consciousness may be insufficiently evolved to grasp the magnitude of the problem and, therefore, is unequipped to develop a realistic solution. Ultimately, the audience is urged to teach love for the planet in hopes that such love will lead to responsible action. 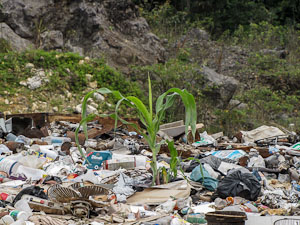 First steps in inspiring conservationist action absolutely include loving the planet and having an emotional connection to the earth. However, for individuals who already feel intense motivation to protect our rare planet, the film falls short of presenting rational, palpable steps given the problems. We need to reduce the human population. We need to preserve remaining natural habitats and systems on our planet and the biodiversity therein. We need to stop consuming natural resources, which means radical changes in our economies and consumer habits. This critique must be tempered by clemency, as statements of this magnitude are not taken lightly and could potentially alienate viewers who are new to the subject of extinction. Clearly, filmmakers wanting to reach a wide audience must tread lightly on such subjects.

Directed by Monte Thompson, Call of Life is a project of The Species Alliance, one of few organizations with a dedicated focus on the Sixth Great Extinction. The film boasts interviews with leading biodiversity scientists, including: noted paleoanthropologist Richard Leakey; conservation ecologist Stuart Pimm; biodiversity scientist Norman Myers; author and environmental activist Derek Jensen; biologist Paul Ehrlich; and ecologist Gretchen Daily, who eloquently states that it will be humans who ultimately dictate the course of all life on earth. 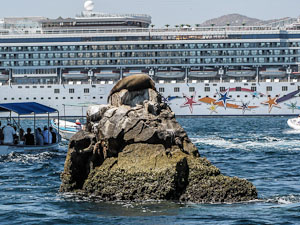 Cinematically, Call of Life offers something for everyone. Documentary video of both natural beauty and destruction illustrate the abundance of valuable information and statistics presented in interviews. Modern dance arrangements impart the emotional influence created by the earth’s enormous loss of biodiversity. Humor graces the screen through the verbal exchange between a doctor and patient; in scenes reminiscent of Leave it to Beaver, a stark but amusing parallel is made between the patient’s health and the health of the planet.

Despite the lack of tangible solutions, Call of Life is beautifully filmed, artistically structured and scientifically meticulous. The film comes highly recommended for everyone interested in a comprehensive education on the current state of biodiversity loss and the Sixth Great Extinction.