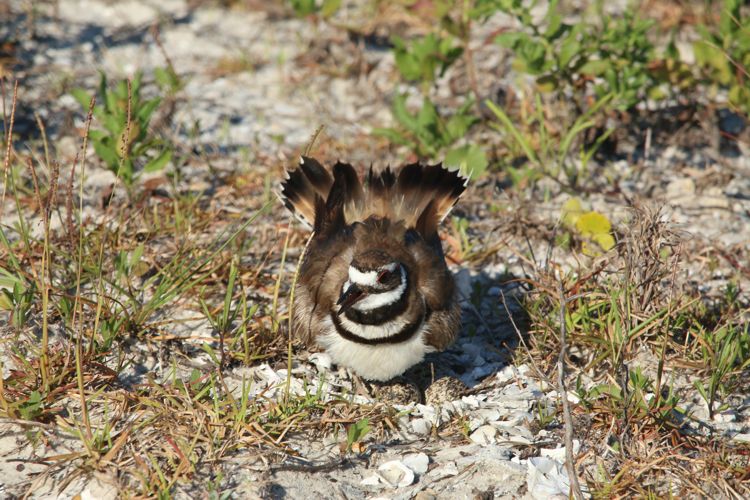 Eglin Air Force Base (Eglin AFB) on the Florida Panhandle does more than fulfill its military mission. In its over 700 square miles of territory, base staff and federal agents oversee the management of hundreds of native species, including endangered sea animals and birds.

Lorraine Ketzler, a biological technician for the U.S. Fish and Wildlife Service (USFWS), works closely with Eglin AFB staff. “Eglin AFB,” she explains, “being a large contiguous area located in the Florida panhandle, provides an opportunity for research and information collected from the ecosystems in this area to contribute to the recovery framework for threatened and endangered species.”

The military and conservationists may seem like strange bedfellows, but the partnerships between Eglin and other military installations demonstrate that it’s not only possible, but also mutually beneficial and replicable.

I met Ketzler on Eglin property on a barrier island, with one side facing the Intracoastal Waterway, the other overlooking the emerald-green water of the Gulf of Mexico. We were there to monitor snowy plover chicks among the rolling dunes. The nests had been marked for weeks, and the little puffballs were just starting to emerge. Ketzler used to help with a banding program on the base, but due to changes in resource allocation they now simply record hatching fledging data. 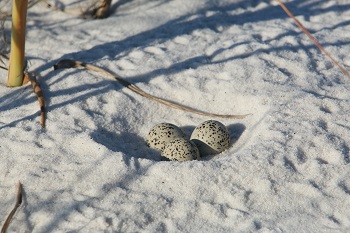 In addition to their work with shorebirds, there are many other ongoing initiatives. Because much of the land owned by Eglin remains in a natural state, “Eglin AFB, the USFWS and other partners coordinate conservation projects that involve sound scientific ecosystem management in a flexible manner that assists with the military mission,” Ketzler explains.

“As examples,” she continues, “contiguous longleaf pine forest and undeveloped coastal dune and beach ecosystems are important for many wildlife species. Research shows that a fire-maintained longleaf pine forest has high biodiversity of plant and animal species. Historical loss of this ecosystem has resulted in a severely fragmented forest. Therefore, large patches of forest, such as what remains on Eglin, are relatively rare and act as refuges for populations of species such as the red-cockaded woodpecker.” 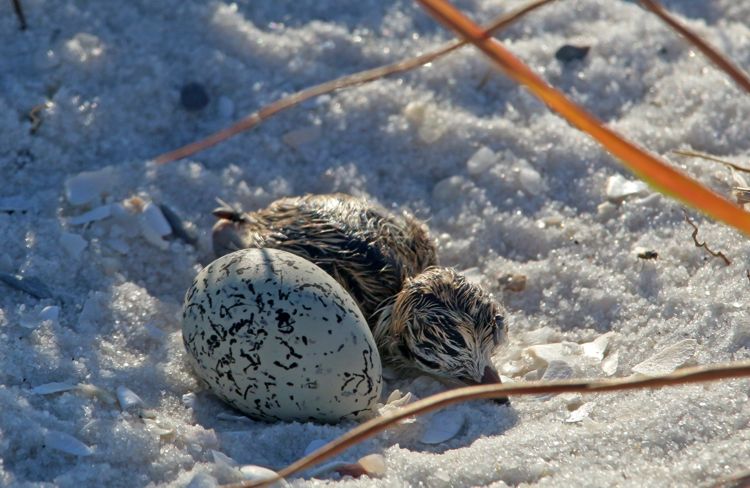 She continues, “Coastal dune and beach ecosystems are rapidly being lost to development, rising sea levels, subsidence and other causes. The long stretch of Santa Rosa Island that is part of Eglin AFB remains as a refuge and corridor for foraging, nesting and migratory species such as snowy plovers and loggerhead sea turtles. The work done by biologists on Eglin AFB provides important information such as nesting success, population numbers and habitat quality. This information contributes to the recovery plans for listed species, and to the natural history information for petitioned species and future potential species of concern.”

As Ketzler notes, “These species will likely remain important for continuing research on Eglin AFB as they are good indicator species of habitat quality.”

Overall, continued partnerships among conservation organizations, federal agencies and military bases are critical components of species recovery as well as the environmental movement as a whole.

“Military bases are known to provide a lot of high quality, undeveloped land,” Ketzler explains. “These lands provide an opportunity to assist in the recovery of threatened and endangered species while supporting the military mission. These lands provide an opportunity to conduct research and monitoring projects to gain insight into population and habitat management of species of concern.”

Those undertaking conservation work across the country should not forget to tap into the resources of the nearest military installation.

Photos courtesy of Erika Zambello. They cannot be used or reproduced without permission.