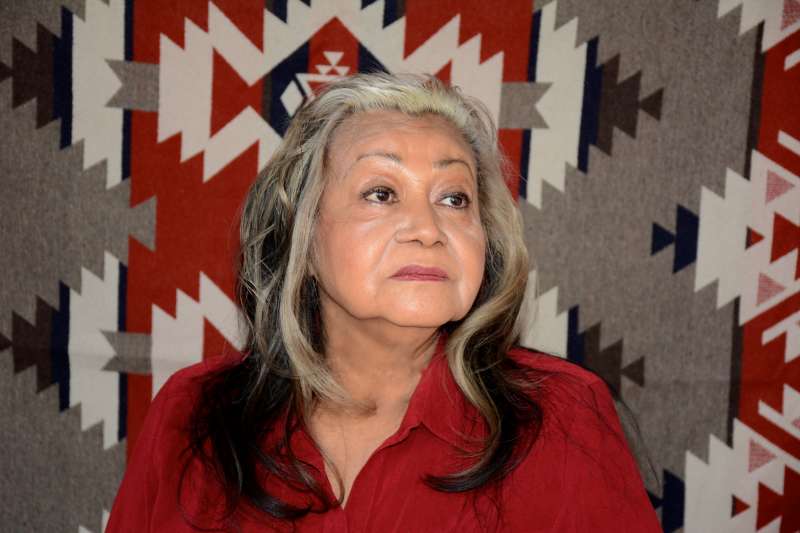 Growing up in Northern Alberta in the 1950s and 1960s, Cree Medicine Woman Nicole Gladu never dreamed that there would come a time when the rich sources of game that sustained her people would become scarce, and the plants that healed them would become nearly impossible to find.

Gladu, who is Woodland Cree and a member of the Métis community by virtue of a French great-great-grandfather, was trained from childhood in the traditional ways of her culture. Her training included not only knowledge of a vast herbal pharmacopeia, but also cultural protocols, oral stories and prophecies, and the interpretation of dreams and visions.

In those days, “From a very young age, the elders would see that certain people had a gift, a responsibility,” Gladu reminisces, “so they would focus on that child to grow up and get the teachings.” Gladu’s grandfather, picking her out of about 100 grandchildren, “apparently said, ‘This is the one who is going to keep the ways,’ when I was very small.”

Gladu was born in far northern Alberta in Little Red River, near Wood Buffalo National Park, just north of today’s Athabasca Oil Sands. Classified as Métis rather than full-blood Cree, the family lived between worlds, not recognized as either Native or French, and not allowed to live on a reservation. Her father raised cattle and horses, was an informal veterinarian for large animals, and later ran trap-lines.

When it was time for Gladu to start school, the family moved to the town of Fort Vermilion. Alongside her formal education, she continued to learn herbal knowledge and spiritual healing from her father’s aunts.

“There was a lot of healthy wild game at that time,” Gladu remembers. “Proper procedures were used in hunting, and most every single part of, say, a moose was used—the hide, sinew, bones and meat…and was shared. I don’t know if it was because there were no refrigerators or freezers, but it was just a common thing where you shared your bounty with others.”

In Gladu’s childhood, “We had great health, eating the diets our bodies are more friendly with,” which included moose, duck, goose and fish. “And we wouldn’t overfish,” she added. Her family always gardened, and they picked and stored medicinal plants. “We pounded berries into what you’d now call fruit roll-ups, a big flat sheet.” She remembers harvesting rose hips, “which have as much vitamin C as 10 oranges.” 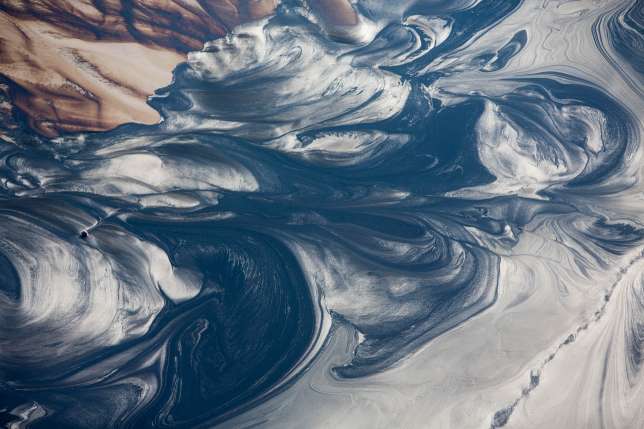 The Cree had herbal medicines for many different conditions, Gladu says, including a cure for many cancers. They also had a strong antibiotic plant that, when properly prepared, worked almost instantly against infection. “Medicines were always readily available if you had a good teacher,” she says.

There was far more to preparing medicine than just knowing what plants were good for what ailments. “You pick at a certain time of year or season, because we didn’t have months,” Gladu says. “You have to know how much to take, how to mix them properly together. It was quite a craft.”

It was important to know measurements, such as “no wider than the width of a hand” and to know which part of the plant to take—the top, stem or root. “You didn’t take the root unless you needed the root for some specific reason, just so to not kill the entire plant,” she reports.

Gladu was taught where the plants grew and the signs by which to recognize them. “We had an excellent antibiotic, and medicines for everything,” she says. “Long before my time, a lot of the teachers we had were animals,” she says. As in many indigenous cultures throughout the world, people observed what animals ate to heal themselves, an animal behavior now known as zoopharmacognosy.

“The animals knew how to doctor themselves, to look after their health,” Gladu says. “We had a very close relationship with the animals and the plants, and it was very well respected.” Everyone knew that water from a mountain stream “that traveled around the roots of the medicines [was] the healthiest medicinal water you could drink.” 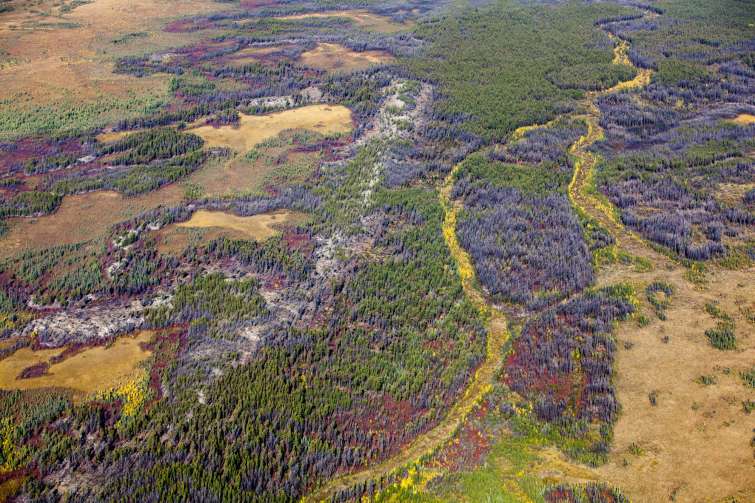 By the early 1970s, things began to change. Humans were “rearranging” the landscape on a large scale. Roads were cut into the wilderness, forests were clear-cut, and “they were already installing pipelines,” Gladu remembers. Her trapper father would talk about the beavers looking unhealthy.

“Little bit by little bit, the medicines were no longer available where they had grown,” she says. “The signs were there, the oily water…Everything was affected, not just the wild animals, but the plants…and streams died off,” creating further loss of habitat.

Around that time, a cash economy began to supplant the traditional barter and sharing economy among the Cree and Métis people of the area. They no longer lived in tepees, but in cottages and cabins that required cash to build and maintain. People also needed money for groceries and school fees.

At the same time, people began to switch to Western allopathic medicine. By Gladu’s early 20s, the traditional way “was starting to fall away a lot. It was very difficult to find an herbalist who knew things.”

Gladu noticed an acceleration of change in the late 1970s, around the time her daughter was born. Her family moved to Fort McMurray, the oil boom town, in the hope of finding good jobs. But “I began to realize it was almost like a foreign country,” she says. ”I was still able to find some herbs but, in some areas, the lake was so dirty you couldn’t bathe in it. Wild animals were showing signs of cysts, and dozens of dead fish were floating to the top.

What was already evident in the late 1970s only got worse with the development of the tar sands and large scale fracking. “This was a devastating change,” Gladu says. “Being a Native person, we don’t have churches. These mountains, these hills were our scriptures, where we got our knowledge and where we worshipped, so that affected us spiritually.”

Gladu and her fellow Medicine Women and Medicine Men began noticing the effects of what we now identify as climate change about 35 years ago. “I noticed that spring came very early the year my daughter was born. The streams were running already in late March…You can’t help but notice that the cold is leaving, but why so early?” These streams had normally remained frozen until mid- to late April.

The loss of biodiversity “got much worse about 16 years ago,” Gladu says, due to increased logging, oil exploration at Red Earth, and lots of pipelines. Animals lost their habitats. “Bears were displaced…A lot of times their hibernation place was no longer there because it had been fracked or dug out. There was a lot of confusion among the animals.”

Gladu says there are many indications that humans, animals and plant life have been adversely affected by pollution, particularly from oil sands development. She cites a 2014 University of Manitoba study that shows an unusually high rate of cancer in the Fort Chipewyan area, which is downwind and downriver from the oil sands. The study found that locally caught fish and game animals contained high concentrations of specific contaminants resulting from bitumen extraction and upgrading.

Gladu points out that the loss of traditional medicine plants potentially impacts more than the Cree Nation and the Métis. Current statistics show that “two out of five Canadians will get cancer, and one out of five will die of it,” Gladu says.

Traditionally, an individual Medicine Person might know the medicine to heal one or two types of cancer, and others would know medicines for other types. “These plants are very sacred to us,” says Gladu. “A lot of our cancer-curing medicines are getting hard to find…You can’t tell anyone where a plant grows,” she says. ”There are many out there who would grab it just to sell it.” She explains that chaga, a birch tree fungus reputed by many Russians to have curative properties against cancer, is now being over-harvested and sold to the Chinese market for $40 a pound.

For many reasons, Gladu won’t name the plant that is the main antibiotic of the Cree. She says that it works immediately, faster than modern antibiotics, and “even babies can take it without problems or side effects.” The University of Alberta conducted a study of it about 25 years ago, but she doesn’t know the outcome. Anyway, “it’s definitely dying off…No one is protecting it on any scale.”

Despite the considerable losses, Gladu is not without hope. She is working with friends on a play called “Mother Earth’s Council Fire.” It is a series of monologues from the point of view of various vanishing animals, and intended to demonstrate the effects of the loss of biodiversity on the natural world. 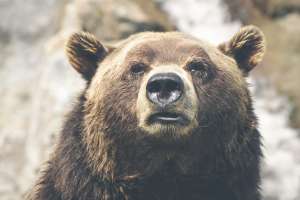 When Gladu conceived of the play several years ago, it was the spirit of Grandfather Bear who came to her first. “Bears are losing their dens and their homes. They wake up during their winter sleep sometimes, and they can’t teach their children where to hunt or where to look for food.”

“Who speaks for the bear?” she asks plaintively. “They don’t have voices.”

Gladu sums up the loss of biodiversity in her Alberta home and worldwide this way: “Whatever chaos man creates is harming those animals. Their natural habitat is not there, and they don’t know how to find it. Everything is displaced, and it’s never going to end until people say, ‘I’m going to honor my ancestry…and not get caught up in this mad rush for more money.’”