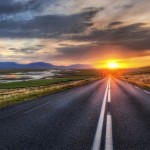 Roads are omnipresent in most landscapes around the globe. Roads provide a high level of connectivity in a human engineered and industrialized environment, but there is a price to pay. Whatever land a road crosses can suffer as a result, causing negative impacts on existing natural habitats, wild life populations and ecosystems.

One of the more obvious impacts roads have on wildlife is causing roadkill.
Between one to two million animals a year die on American roads and highways, according to the Humane Society. Recently, researchers and volunteer citizen scientists have come together to better understand which animals most frequently end up as roadkill, and hope to identify roadkill hot-spots.

Recently Adventure Scientists started a “road ecology” project. This group pairs scientists with pedestrians and cyclists to collect data and learn how often, where, and when animals are hit on the road. Cyclists and pedestrians are in a unique position to grasp the risk encountered by their vulnerable counterparts in the animal kingdom. The observations of bike commuters and recreational cyclists who ride the same routes on a regular basis, will allow researchers to track changes in the area. 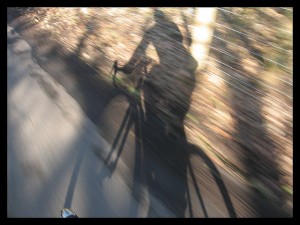 Understanding the complex interrelation between the road, traffic, and wildlife requires systematic research. The “road ecology” project is essentially an experiment that can increase the level of collaboration between local and state agencies to produce positive ecological outcomes. By taking volunteer observations and mapping them out over the years, researchers are hoping to create a large-scale wildlife observation system. The “road ecology” project may also facilitate the reporting and sharing of data between similar research projects.

Thanks to an online form and a smart-phone application designed by iNaturalist, citizen scientists, from all over the world, can report basic details about the animal, and the location and time of its death. With the help of volunteers, the organization hopes to use the data to understand better which species are affected, when and where they are most affected.

Lowering speed limits, and building wildlife underpasses or overpasses are some of the changes proposed by the scientists involved in the project. But with time, more solutions may come to light.  The involvement of interested volunteers contributes to the field of road ecology and highlights the importance of learning about the shared environment of both human landscapes and existing wildlife populations.

Participate in the Roadkill Survey for Road-Bikers