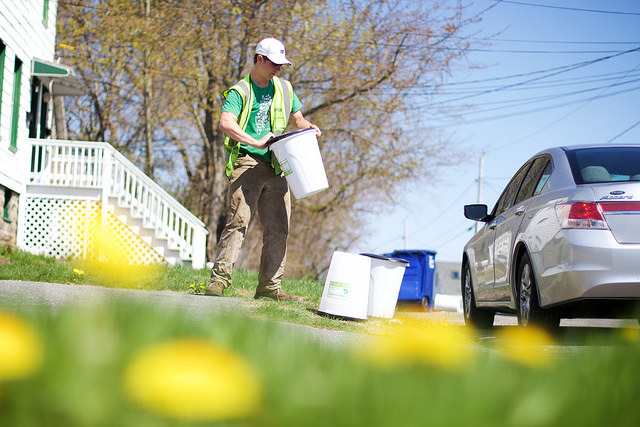 Preventing food waste from entering a landfill by composting it has huge impacts on local wildlife. In an article for Yale Environment 360, Richard Connie explains, “The world wastes more than $750 billion worth of food every year — 1.6 billion tons of food left in farm fields, sent to landfills and scattered across the countryside.”

Garbage acts as an intensely concentrated food source for species, altering food webs and creating added intra-species competition. In California’s Monterey Bay, food waste has created a population boom for western gulls. Though the increase is a result of the landfill food, the birds also go after juvenile steelhead trout, drastically reducing their numbers. In some places, gull populations have doubled or quadrupled, putting even more pressure on the trout. A similar scenario is playing out in the Mediterranean, with larger numbers of yellow-legged gulls driving down the numbers of European storm petrels and other seabirds. West of the Mojave Desert, common ravens and coyotes attracted to the food waste in landfills are harming desert tortoises.

On certain days of the week, garbage bags and recycling bins line the streets throughout most of the country, their contents destined for landfills and recycling facilities. In Southern Maine, however, curbs sport a unique addition to the waste removal process — six-gallon buckets intended for composting. 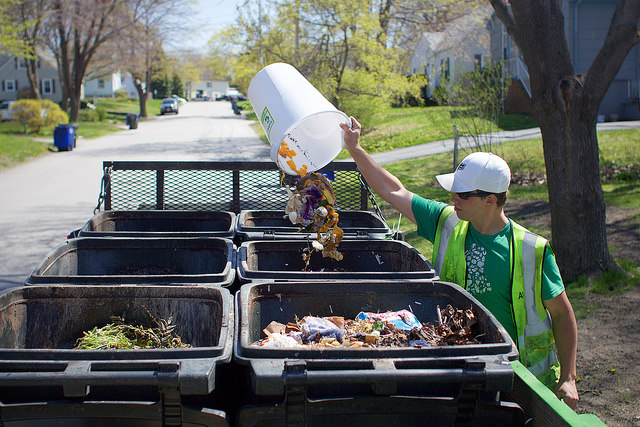 Founded in 2012, Garbage to Garden of Portland, Maine, has a simple motto: “Curbside composting: So easy, you won’t even get your hands dirty.”

Working with over 8,000 customers, including schools, universities, corporate cafeterias, office buildings, restaurants and homeowners, Garbage to Garden strives to make composting so easy it becomes as obvious and commonplace as regular trash disposal and recycling are today.

Phoebe Lyttle, Garbage to Garden’s Community Outreach Director, explains their process: “For our residential program, you receive a six-gallon bucket.” She continues, “Unlike home composting, we accept meat, bones, dairy and food-soiled paper products in large quantities. ‘If it grows, it goes’ is what we like to say.”

Individuals and families in the program fill up their bucket throughout the week before putting it out on the curb for collection. Garbage to Garden not only collects the compost, but staff also swap out dirty buckets for shiny, clean ones, reducing the “ick” factor some associate with the composting process. 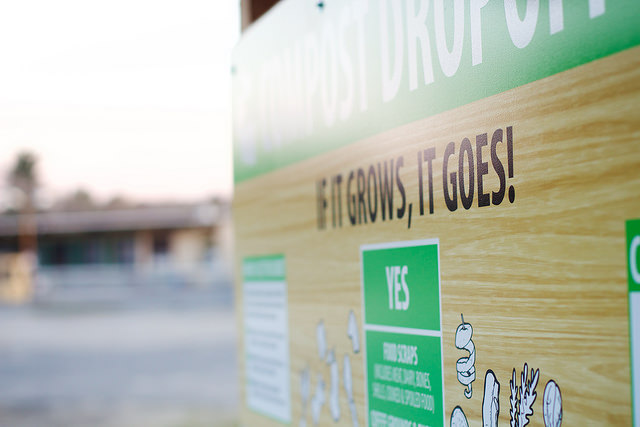 Once the food waste is collected, Garbage to Garden drops it off at local farms with large-scale composting operations. The extra bonus? Customers who opt in can receive a bag of finished compost for their home gardens every week! Composted soil is an excellent addition to any garden. It enhances soil quality, allowing it to better retain water and nutrients. Moreover, the compost improves texture, giving soil that desirable crumbly feel that is best for growing young plants. If customers don’t need finished compost, Garbage to Garden donates the product to schools and community gardens. The service cost just $14 per month.

Kathy Zambello likes the service and purchased a raised garden bed of finished compost from Garbage to Garden as a gift for her daughter. “I heard about it from one of my neighbors,” she writes in an email, “Most of them are doing it to help the environment, not to get the compost in return. I think it is great that they are expanding to provide raised beds.”

Wildlife managers try to address landfill issues in numerous ways, including covering the landfills or moving them altogether. Garbage to Garden is tackling another angle of the problem — food waste ending up in landfills in the first place. As they continue to expand, their staff and customers are working together to reduce waste and protect local biodiversity.

Americans across the country are beginning to consider composting. According to a 2014 online survey commissioned by the National Waste & Recycling Association, “While 72 percent of Americans do not compost their food waste, 67 percent of these non-composters would be willing to if it were more convenient to do so in their community.” However, a majority would not want to pay more for the additional service.

Canada is well on its way to becoming a composting hotspot. Even in 2011, more than half of all Canadians participated in some form of composting. Interestingly, those living in apartments composted at a much lower level than those in detached or single dwellings, reflecting the added difficulties of composting without yard space. Garbage to Garden and businesses like it are bridging that gap by offering an easy and inexpensive way for people in all types of housing to start composting.

Ready to try composting yourself but lack a service provider like Garbage to Garden? Check out this Do It Yourself Guide from Better Homes & Gardens or contact your local officials about beginning a municipal composting program.

Photos are used courtesy of Garbage to Garden, and cannot be used or reproduced without permission.