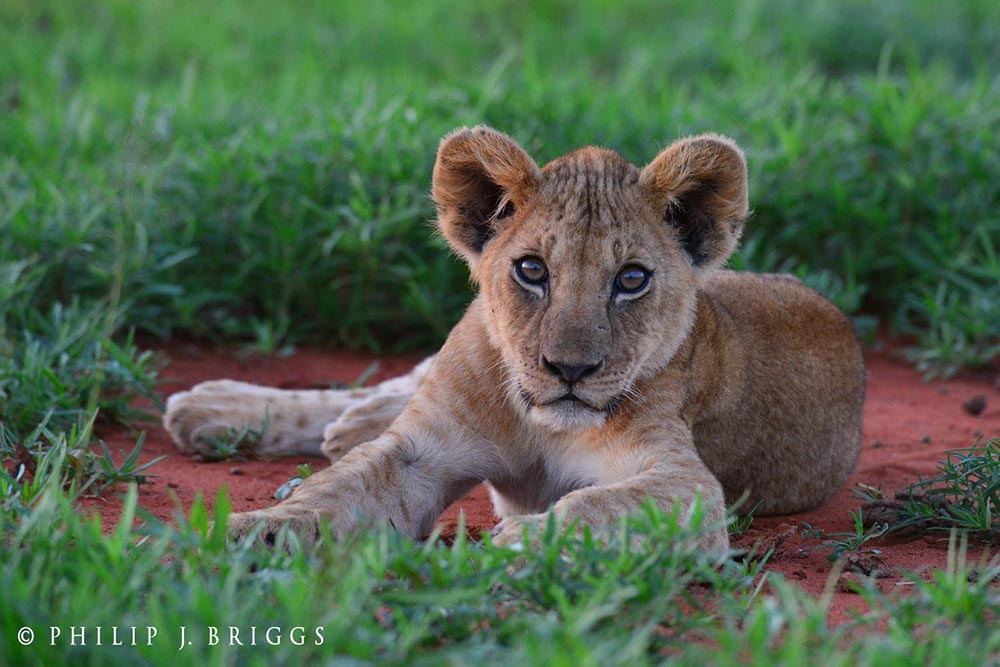 Africa’s lion population has decreased by an estimated 50 percent in the last 50 years. Due to habitat loss, depletion of wild prey, poor livestock management and conflict with humans, it is believed that there are now fewer free-roaming lions than there are rhinos. Lion Guardians, an organization founded in 2007, has trained and supported communities at nine locations across Africa with an aim to successfully protect lions. At the main site in the Amboseli-Tsavo ecosystem in southern Kenya, the Guardians safeguard one of the continent’s few free-roaming and growing lion populations.

Multiple factors have contributed to the significant decline in African lion numbers.Lion Guardians’ Director of Strategy Coordination and Knowledge Management Salisha Chandra explains that the “retaliatory killing of lions is one of the main drivers behind the rapid decrease. As human populations in Africa rise, lions routinely come into direct conflict with people over increasingly limited resources.” 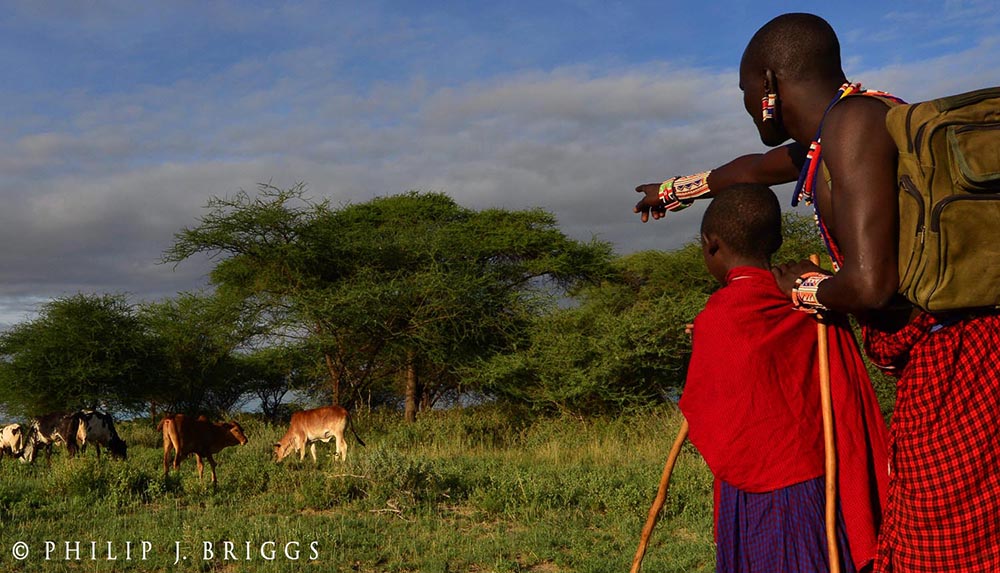 Lion Guardians believes that the fate of lions lies in the hands of local communities. The organization recruits and trains young Maasai and other pastoral warriors to monitor lion movements and mitigate conflicts between people and wildlife.

The concept of Lion Guardians came from the Maasai warriors themselves. In 2005, Cofounder and Executive Director Dr. Leela Hazzah was conducting research for her master’s thesis, talking to Maasai warriors about what motivated them to hunt and kill lions. The Maasai suggested that they were best suited to conserve lions because protecting the community is their traditional role. By developing a desire to protect the lions as well, they could find a healthy way to coexist with the lions.

In 2006, Lion Guardians’ Co-Founder and Director of Science Dr. Stephanie Dolrenry began working with warriors in the bush to track carnivores. In the process, she observed the remarkable, almost intimate ways the Maasai locate and study lions. Lion Guardians was formed as Hazzah and Dolrenry shared their experiences and observations, and developed a model that blends hard science with the traditional knowledge and cultural practices of the Maasai. Chandra emphasizes that the main “goal is to reinforce the cultural values of the Maasai, but shift them in a way that promotes conservation. To develop a program with communities, instead of coming in and presenting a conservation model, was fundamental in the formation of the organization.” 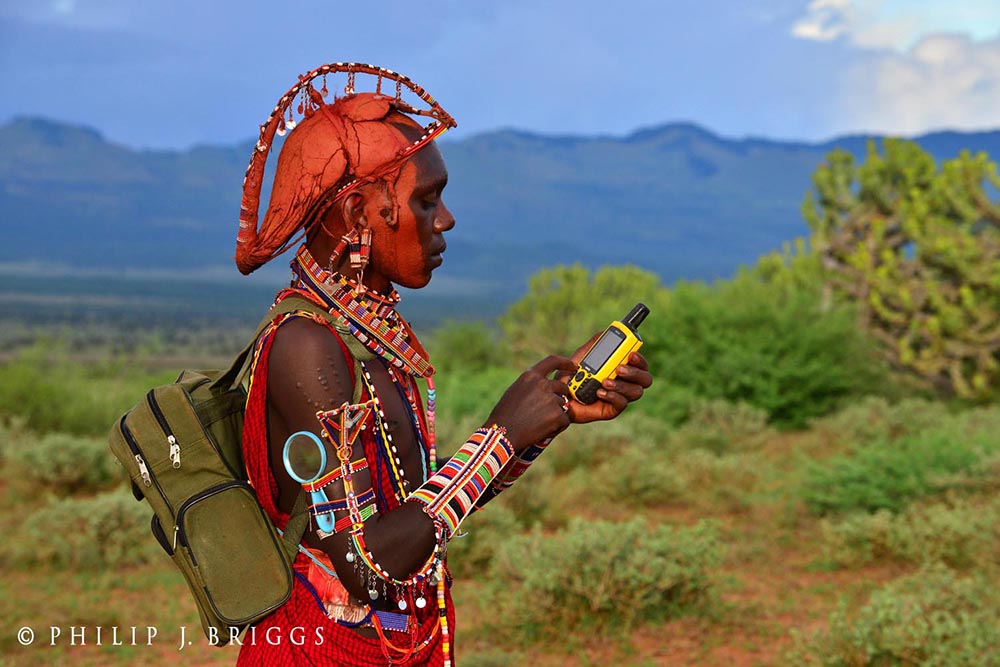 A typical week for Guardians, Chandra explains, consists of “four days actively monitoring lions in their zone. They alternate between walked transects (predetermined routes), systematically recording any tracks they encounter, and walking more freely to areas where lions are known to frequent or where herders have recently reported lion presence. They usually visit areas where they know lions prefer to hunt or take water. They compile their findings and we analyze them for trends in lion populations as well as other primary predators and prey and the basic demography of a lion population living completely within non-protected areas.”

Guardians spend the other three days of the week helping their communities. They “talk to herders they meet, and if they find livestock close to areas where the lions are, they will help the herders safely move the livestock to another grazing area. This is one of our conflict mitigation strategies. Another strategy is to help community members find lost livestock and young herders, which if lost in the bush are susceptible to predators. Finally, if livestock is attacked or killed, the Guardians will assist the livestock owner to bring any meat home, while also calming the other warriors to avoid retaliatory killings. Often, our Guardians are the first responders to the scene and help to dissipate tense situations; they also call in the Kenya Wildlife Service rangers or local game scouts if the situation escalates.” 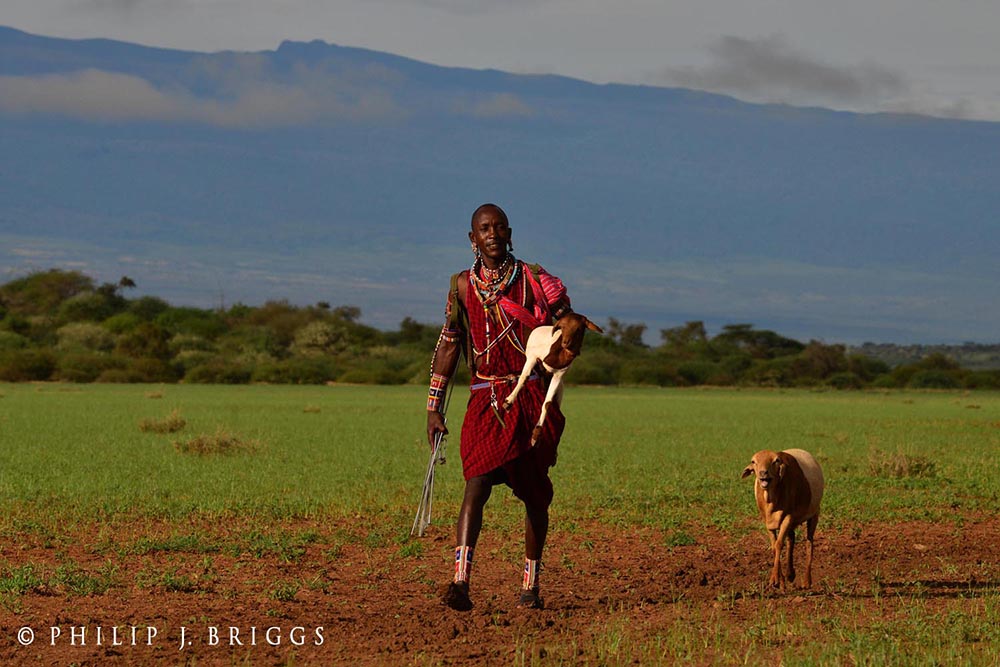 This innovative model has helped create significant progress. In areas where Lion Guardians operates, the organization has documented an over 90 percent reduction in lion killings and a four-fold increase in lion density. Because of these successes, they have recently put significant resources toward creating training resources for other projects and organizations using their community-oriented, science-based model. The hope is to build capabilities and promote conservation strategies around the world that value collaboration and coexistence.

All photos are by Philip J. Briggs and may not be reproduced without permission.