I Dream of Bison 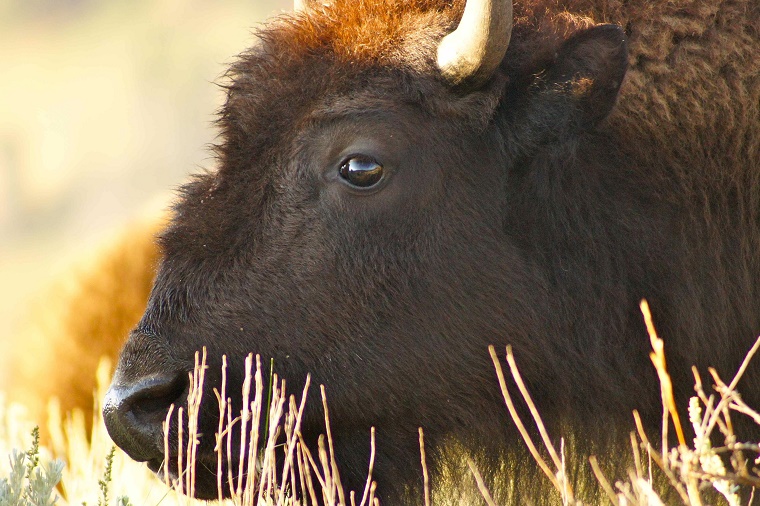 Bison cow in the golden light.

I grew up on an organic farm in Germany. By the time I was born, we Germans had already wiped out our large mammals; the wisent (German bison), wolf, bear, lynx, wild cats, auroxen, moose and elk were gone. All we had left were some deer, whose numbers skyrocketed every year because their natural predators were gone – and who were now eating geraniums in my village. The deer and wild boar were subject to annual driven hunts throughout my childhood, and their numbers were decimated by trophy hunters as well as hunters who used them for meat.

I felt lonely without the large animals and longed to have them back. I wished to see them, to be around them, to spend time with them. I often bargained with Santa to take my dolls and Lego back, and instead grant me the immense gift of spending time with reindeer, wolves and bison. Needless to say, that never happened. 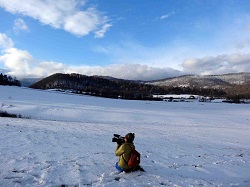 Fast-forward to six years ago. I had moved to the United States to be around wilderness and wild animals. I was backpacking in Yellowstone National Park when I came across a bison bull who stood broadside in my path. He looked at me with great intensity as if saying, “Don’t move.”

I sat down, took off my backpack and told him, “I can go anywhere in this world. But you only have a sliver of your former habitat left. I will not make you move, or get too close and disturb you. I will not even go around you. I will just wait here.”

He kept looking at me with this great power in his eyes, and I kept looking back at him in anticipation of what was to come. And then it happened — I realized that my childhood dream had come true.

Bison started coming down the hill from all sides, surrounding me. They kept pouring in and I counted 423 animals. I was able to discern the mothers, the calves and the bulls. They were all very calm and communicated with each other in their snorting type of way.

I was filled with joy and awe. I told them, “Thank you for coming and being with me. Out of gratitude, and to help you thrive on this planet, I will tell your story.”

A few months later I started on the documentary Bison Nation: Walking Sacred Sites, which premiered at an outdoor screening in Albuquerque on October 29, 2016. Over 370 people came to see the bison’s story and bear witness to their return to the Northern Hemisphere.

See a preview of my film below.

Photos are copyright protected and may not be reproduced without permission. Photos are used with the permission of Elke Duerr.