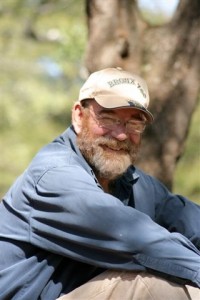 JOHANNESBURG, SOUTH AFRICA—The world is saying goodbye this month to one of the most fascinating conservationists of this generation. Elephant Whisperer – so-called because of his ability to understand and calm otherwise violent and terrified elephants – Lawrence Anthony passed away from a heart attack on March 2, 2012, during a business trip to Johannesburg, South Africa.

Most famous for his bold rescue of several animals from the shattered and shelled Baghdad Zoo in 2003, Anthony was on a tour to promote his new book, coauthored with compatriot and brother-in-law Graham Spence, titled The Last Rhinos, an in-depth look at Anthony’s time in the Congo trying to save the white rhinoceros.

“The [Lord’s Resistance Army] was encamped in Garamba National Park in the Democratic Republic of Congo, which at the time was the last refuge of the northern white rhino,” Anthony told Izilwane in an interview last year. “Essentially, I went and found them in the jungle to try and persuade them not kill the game guards or the last few rhinos. I ended up living with leaders in their secret jungle camps. My discussions and attempts to persuade the LRA to save the rhino expanded into child soldiers, peace talks and other matters.”

As much a diplomat as a conservationist, Anthony negotiated peace and cooperative agreements among African rebels and their governments, scientists and land developers, and various belligerent African tribes, all to help protect some of the continent’s rarest species of charismatic megafauna. It is because of his dedication and enthusiasm that most militant and warring groups understand that parks and other protected areas are off limits as war zones. 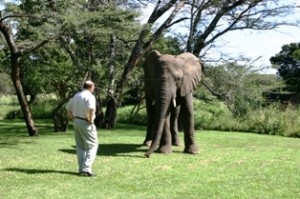 During his time in Iraq, he helped rescue scores of animals, including Hussein family’s exotic pets, that were otherwise forgotten by both the invading United States and the local Iraqis. This included tracking down thieves and smugglers, buying food for the carnivores, and cleaning and repairing cages.

“American soldiers who were fighting all day would come back and put down their M-16s and help us in the zoo, and I had the Iraqi Republican Guard[…] coming, as well,” Anthony told Izilwane. “Outside of the zoo, they’re shooting the hell out of each other, inside the zoo they were helping each other, and that is the effect of people wanting to be with and help the animals.”

He wrote about these experiences in the 2007 account Babylon’s Ark: The Incredible Wartime Rescue of the Baghdad Zoo. 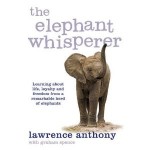 Anthony is survived not only by his loving family, but also by the countless animals whose lives he touched in so many ways.

Some reports indicate that even the very elephants he helped rescue on the Thula Thula Reserve in South Africa came to pay respects to their fallen comrade. After being absent from the lodge for more than a year, the herd ambled for twelve hours to say goodbye.

Read more about Lawrence Anthony’s work in his interview with Izilwane, found here. You can find Izilwane’s review of his book The Elephant Whisperer here.