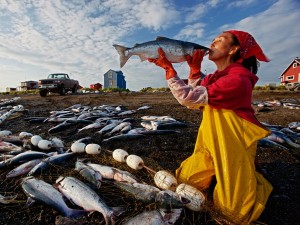 We humans like to think of ourselves as superior beings that have control over the fates of other species. We have given ourselves the power to define how the environment and other species around us live. It is we as human beings who encouraged the building a major highway through the middle of Seregenti National Park and subsequently one of the largest migrations in the world; but it was also humankind who pushed to stop the construction.

However, if you think of humans within the larger spectrum of life, we are just another species – one in millions.

We cannot deny that we humans are selfish and work for self-interest, whether it is to save the environment around us or push to destroy it. But what makes us so special as to allow us to be this selfish, to be the ones in power and to insist that the world plays by our rules? Some argue that we have the intellect while others argue that we evolved and have built new civilizations, thus have the power to control other species.

If we are arguing that we have the intellect, then shouldn’t we also be the stewards of the natural world, on the frontline of preserving the resources around us? If we are the “intelligent” creation, then we should be the most aware of what is good and bad for the earth we live on. As a result, we ought to be the ones held most accountable for its preservation. If we are the ones with the ability to do the cost-benefit analysis, then we should be the ones ensuring the Earth’s balance sheet tallies. Yet all too often, we fail. 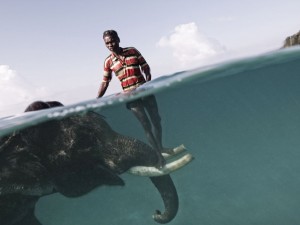 If we argue that we have evolved and built civilizations, then we should also be the ones who know how to use resources most efficiently. However, we are the ones ruining and overusing the fragile resources available to us. We would not be able to build our societies without the foundation built by all other species; in the end, we are dependent on them and we cannot move forward without them.

What gives us the right to think of ourselves as the most sophisticated species on the planet when we are unable to demonstrate this with our actions?

It is comfortable to convince ourselves that humans are somehow better than other species, but is it morally right? I agree with Lori Gruen’s view that “an animal’s moral claim is equivalent to a moral right, any action that fails to treat the animal as a being with inherent worth would violate that animal’s right and is thus morally objectionable”(The Moral Status of Animals, 2010). If you feel an action is ethically unjust if done to a human, then it is just as morally reprehensible to do to an animal. If you fight and stand for human rights when human beings are abused but never think twice when you litter an ocean or destroy an animal’s home, then you are justly wrong. If we do not want to be treated as such, then why should we treat other species in this manner? Because in the end, we also are Just another Species.