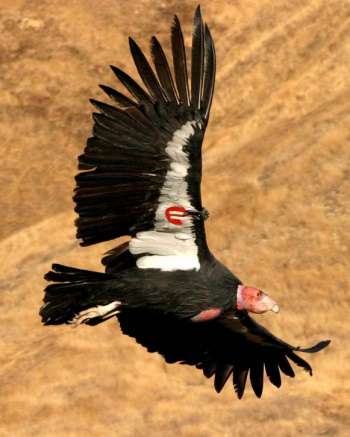 A recent study published in the Proceedings of the National Academies of Science has made a clear connection between lead poisoning in California Condors and the lead found in hunting ammunition. An article published early today in the Los Angeles Times describes the findings of the study.

The study consisted of 150 free-flying condors in California, and found that one-in-three birds had some amount of lead poisoning while one-in-five had been severely poisoned. The study also gives a reason for 20% of the birds suffering severe lead poisoning: the carcasses which the birds eat still contain the lead bullets that killed them.

“Usually, in people, if we see an incidence of 1% we call it an epidemic — and this is 20%,” said Donald Smith, an environmental toxicologist at UC Santa Cruz and senior author on the study.

Currently, the California Condor is listed as Critically Endangered.

The article by the Los Angeles Times can be found here: