Learning to be a Naturalist at Hubbard Brook 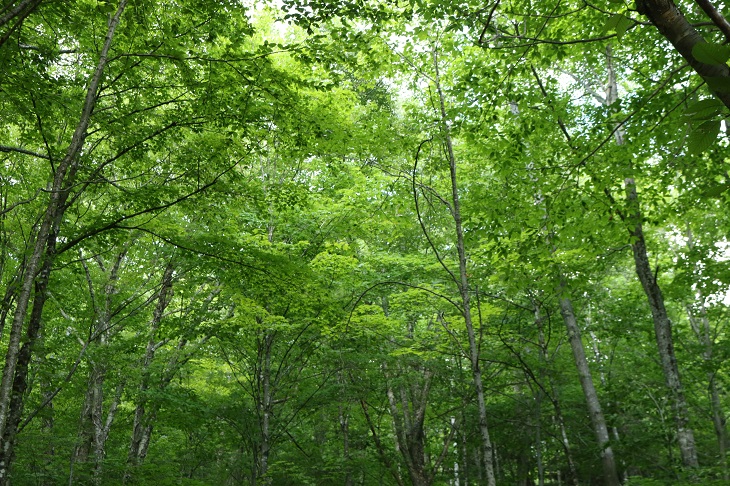 This past summer, I did something completely against my nature. Having just completed my third year as a music composition, horn performance and mathematics student at Oberlin College and Conservatory, I left my tiny dorm room and musician friends in Ohio to spend 10 weeks living in a house with 10 science students at the Hubbard Brook Experimental Forest in New Hampshire.

As a Research Experience for Undergraduates (REU) participant, I accomplished two goals. I created a musical representation of water cycle data that had been collected at Hubbard Brook the previous year. I also assisted other researchers at Hubbard Brook with their own experiments.

But I also had a life-changing experience, one that forever altered my ideas about science and nature. Everything about that summer, from my work and living arrangements to the outdoor environment, was different from what I was used to. I went into the experience ready to do something completely foreign to me, and it paid off. 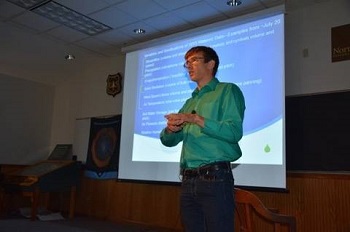 I didn’t start out as a nature person; I was very much a people person. Not a lot-of-people person, but a few-good-friends people person. When I would go camping in the wilderness, the parts I enjoyed most were the conversations with my friends and the games we played.

On these trips, the people I was with would ooh and aah over sunset or mountain views. I was never too impressed. I often felt like the titular character of Max Frisch's Homo Faber, who loved technology to no end.

When Faber’s plane crashes in Mexico, the other passengers remark at the beauty of the desert and the moon. They comment on what an "experience" it all is. Faber, meanwhile, is nonplussed. He notices the moon and how, yes, it shines in the night, and feels that the mountains are just mountains, nothing more. "How is this an experience?" he asks. "Why should I experience what just isn't there?"

My thoughts aligned well with Faber. I did not feel any great sense of awe at nature, was never blown away by a sense of it. As a result, it was easy to write off the beauty and power my friends were "experiencing".

This was who I was when I embarked on my journey to be an REU student, where, as I understood it, I would be living in a forest with a bunch of nature people while I wrote a piece of music about dirt. I had no idea what to expect, and was a little frightened and nervous about this new environment.

Living with all of those people was certainly great, and they helped me get through some tough times that I was just coming out of. They were also incredibly eager to share their love of science with me, the one very out-of-place band geek. They patiently answered all of my simple questions, like "What kind of bird is that?" and "What kind of tree is that?" and "What is a hardwood tree?" and "What does WEIR stand for?" (turns out it's not an acronym, but the name of a structure that records water data) and "What is a Hubbard?" (news flash: It's just the name of the brook). 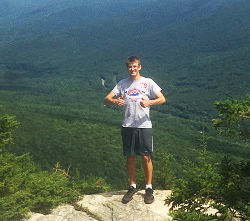 As they shared their knowledge, excitement and passion, I too came to care about nature. Part of my initial reluctance was simply not having the vocabulary to talk about science, or to even understand what the scientists were saying. Scientists would give talks and, by the end of one sentence, I would have four words in my head that I didn't have a definition for. Even when I asked for a definition, the answer often included yet another unfamiliar term.

It is hard to connect with and admire something if you don't even have a word for it. Slowly but surely, as I began to accumulate a scientific vocabulary, I learned to appreciate nature more than I ever had in the past.

Once I learned what things were called and what they did, I got more excited about them. My new friends were very supportive of my newfound interests. I tried to identify the trees I saw everywhere, and not once did they appear annoyed when I asked them for the hundredth time if that particular tree was a sugar maple. Rather, they encouraged me, and they were happy to see my excitement about nature grow.

Something else I learned from being around scientists is that it's not just knowing the names of the things in nature that helps us connect with them, it's also how we talk about these things that matter. I think that, after observing these scientists' discussions, the English language doesn't always allow us to talk about nature as we should or want, such as when we try to talk about non-living things like streams and rain and soil (NOT “dirt”).

Scientists can explain the beauty of a stream as we watch and listen to it. We can climb into a soil pit, and see and feel all of the different layers of soil below us. Though they remain unseen, they still play a vital and beautiful role in the forest ecosystem.

Some of the students talked to me about how several Native American tribes, in contrast, refer to streams as being alive. Even though water and soil particles are not "living" under the technical definition, I think that thinking of them as being alive helps us connect with, understand and care about nature even more and in deeper ways. 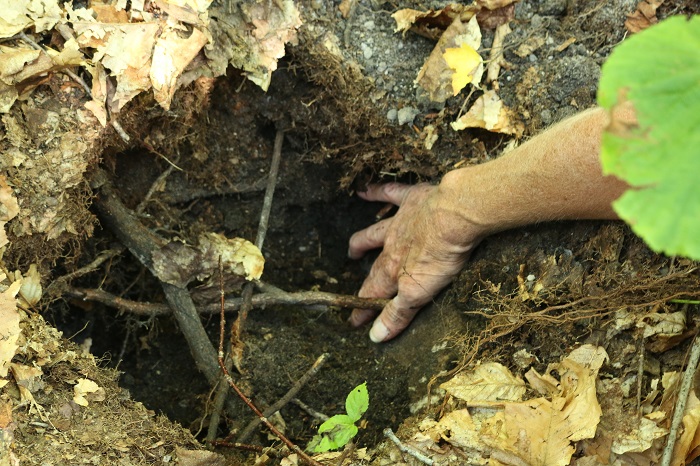 I think often when we talk about nature, we simply do not use what the English language does offer to its fullest extent. The scientists would refer to animals as "she" or "he" rather than "it". They would profess beauty in all living things, even caddisfly larvae, saying things like, "Look at her! She's beautiful! She's gorgeous!" That really does help you connect with wildlife and invest in it, as opposed to having someone say, "There it goes! Did you see it?"

Now, when I am running in the forest, I take my headphones off to listen to the life around me. I discover which trees I can identify and which birds I can hear. When I walk over the forest floor, I look for gaps in the canopy to see how that may be affecting the understory trees. I look at the soil under my feet, and am acutely aware that there is so much life beneath me, unseen, in many beautiful and complex layers.

Every time I come around a corner and see the mountains rising up toward the sky, covered with trees and forest and life, it takes my breath away. It’s marvelous to think just how much life must be happening on those beautiful peaks.

Maybe I feel such depth of emotion because this is new to me. I'm just now realizing and appreciating the incredible complexity and relationships between lifeforms in nature.

I certainly hope that this feeling stays with me forever.

Photos are owned by Erika Zambello and Torrin Hallett, and cannot be used or reproduced without permission.