Living the Science: Place-Based Education as a Model for Scientific Learning 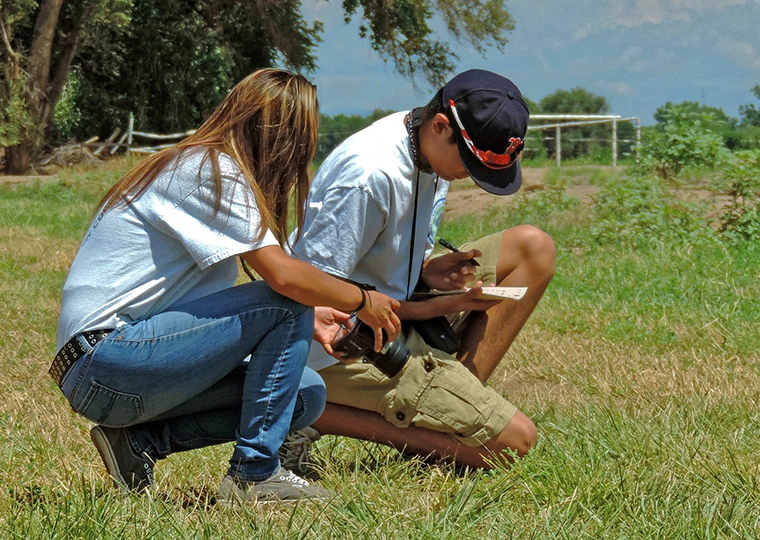 “Dip your hand in the water!” I yelled over the crash of whitewater, and then a few seconds later, “Now try it again!”

I watched as Maggie gaped disbelievingly at the river around her. In those few seconds, the water temperature had dropped over 10 degrees. When I asked her to describe the water color, she yelled back that clear and shimmering had suddenly been replaced by a turbulent dark gray. And then, “But how is that possible?”

Luckily we entered a slow-moving section of Alaska’s Matanuska River, and I took the opportunity to explain the importance of headwater streams to aquatic ecosystems. What Maggie and her young co-campers had seen and felt was the introduction of cold, mineral-rich glacier water to the river system. The grating of glaciers over rock had removed particles from the rocks, and the icy glacier water carried them to where we now floated on the river. The water then continued downstream, transporting the minerals to serve as nutrients to plants, plankton and fish.

We may have been on a rafting adventure in Alaska, but the science lessons the summer camp group learned that day were just as integral to the trip as the large whitewater waves we paddled through — they got hands-on experience of the active mixing of the two stream channels.

Children learn best when they can connect to knowledge rather than just accept statements as fact. Too often, science is taught in a classroom setting, where students are far removed from the topics described. In contrast to their innate sense of curiosity and persistent desire to understand, students become bored with science. This premature dismissal of a vast and important field of knowledge that should encourage questioning and observation begs for changes in instructional settings.

Place-based education allows kids to learn about science by asking questions and making discoveries for themselves. And that doesn’t require a fieldtrip to Alaska. It’s effortless to teach sixth graders in the classroom about soil horizons, to tell them about the nutrient-rich upper organic soils and coarser lower mineral soils.

But what if they could literally experience soil horizons for themselves? What if the students walked onto the school grounds and dug a small hole or pounded a homemade PVC soil corer into the ground? They would see that these soil layers exist with their own eyes. First, the fluffy organic-rich upper layers formed from partially decomposed plant matter broken down by the tiny insects they might observe as they dig. Next, the darker mineral layers that change color deeper in the soil as weathered bedrock begins to play a greater role than the decomposed plants.

If they touched the two layers, squeezed the soil between their fingers, and smelled a handful, they would notice further differences in the soil layers that would’ve been empty facts in the classroom.

With a personal connection to the subject material, students can truly learn the information and understand it. Better yet, being immersed in the discovery of these layers leads them to ask more questions, to want to understand more. In this fashion, the day’s lesson becomes directed by the students’ interests, as they inadvertently achieve the unit’s objectives while seeking to understand what they are seeing.

Place-based education has an integral role in helping students advance their scientific understanding, and it also plays an important role in environmental conservation. We live in a world where 10,000 to 100,000 species and 13 million hectares of forest are lost every year. If we don’t teach youth to understand, appreciate and speculate about the natural world, then who will continue to care for it?

Natural curiosities abound; it is our job — indeed, it is our responsibility — to share these ideas, moments and places with kids, and then to let their curiosity and wonder guide the remainder of the lesson. Kids can guide their lessons and learn the material much better if they are immersed in this way and if their scientific investigations were structured around experiential, place-based learning.