Pope Francis: Friend to the Environment

On July 27, Pope Francis addressed an audience of Brazilian bishops and social and political elites and touched upon several topics, including the environmental crisis in the Amazon Basin. In his speech, he praised the Catholic Church’s long presence in the Amazon, via missionaries and religious congregations, and appealed to the Brazilian congregation to refocus their energies and create a united Amazon face for the church. For several years, individual priests and nuns have focused their energies on the rights of the Amazon’s indigenous peoples and their lands for some time, as the 2005 case of murdered nun and activist Dorothy Stang illustrated. But with the current levels of deforestation, biodiversity loss, and other ecological problems facing Brazil’s rainforest, Pope Francis added his own voice to the pleas to protect the basin, stating,

I would like to invite everyone to reflect on what Aparecida said about the Amazon Basin, its forceful appeal for respect and protection of the entire creation which God has entrusted to man, not so that it be indiscriminately exploited, but rather made into a garden. 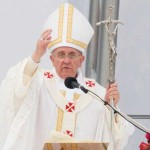 Pope Francis also met with members of an indigenous tribe that is being threatened by the growth of ranching in their remote, rainforest home. They shared with him stories of habitat destruction and eviction, and he expressed genuine concern at the plight of both these tribes and the rainforests they inhabit.

Though a huge environmental gain, the protectionist stance taken by Pope Francis regarding the Amazon basin is not entirely new to the Catholic Church. Pope Benedict XVI was progressive in his views against global climate change and renewable energy, calling for a closer connection between man and nature. Additionally, in his 1990 World Day of Peace message, Pope John Paul II stated that world peace was threatened not only by the arms race and other violent conflicts between regions, but also by the lack of due respect for nature. He wrote that the plundering of natural resources and the insecurity it causes allows for the growth of selfishness, disregard for others, and dishonesty. The Catholic Church takes a moral perspective on environmental issues and their effects on the less fortunate, bringing an additional point of view that could be instrumental to solving some of our most pressing climate issues. 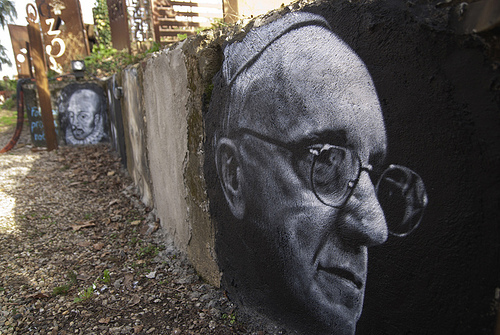 The former pontiffs’ opinions do not undermine the importance of having the current Pope openly address Brazil’s need to protect the Amazon Basin, however. The environmental crisis is direr than it was during the previous popes’ reigns. As one of the most well-known leaders in the Western world, Pope Francis’ endorsement of environmentalism in the Amazon – one of the most threatened ecosystems in the world – is sure to encourage many Catholics to take up the cause. As 80 percent of the world’s population subscribes to a faith, religious leaders are critical voices to have in favor of the environmental movement.

Pope Francis expressed the need to revamp the Amazonian Face of the Catholic Church, to refocus efforts on the protection of not only the last vestiges of the Amazon but also on the protection of the many indigenous peoples who call the rainforest home. The Pope’s words will doubtlessly inspire many members to support his Amazon agenda, and hopefully he will continue his message of environmental preservation in other countries throughout his reign.