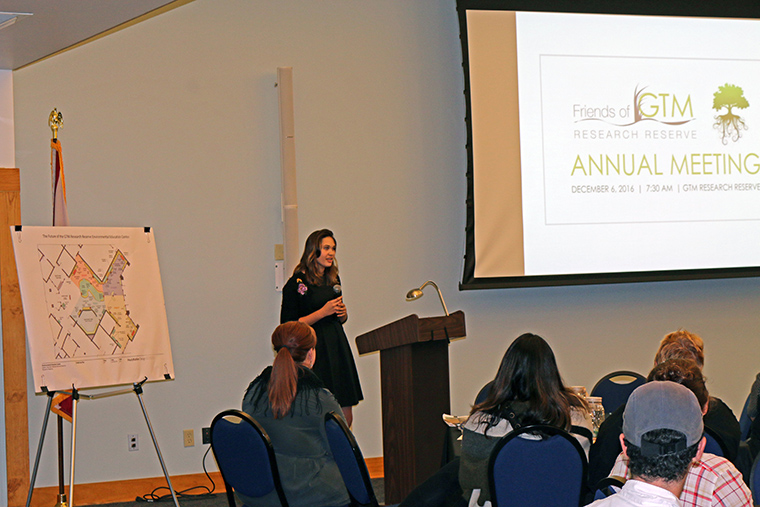 Oysters are bivalve mollusks that provide shelter and food for a variety of organisms, all while improving water clarity and quality through filtration. Oyster reefs formed by aggregations of shells are important to hundreds of organisms in the ecosystem. For that reason, oysters are often known as the “selfless shellfish.”

Having lived on the coast for most of my life, I discovered the importance of conservation at a young age. My interest in protecting oysters developed after visiting Busch Gardens in the summer of 2014, where I learned that worldwide populations are in decline due in part to pollution from fertilizer, fossil fuels, waste runoff and sunscreen.

The latter may be doing serious harm to oysters. Due to increasing consumer demand for lighter, less oily, clear sunscreen, manufacturers are nanosizing sun protection ingredients such as zinc oxide and titanium dioxide. That microscopic residue is being introduced into the environment, where it is potentially harming marine life as well as humans.

Based on my newfound knowledge and passion to help the oyster population, I decided to investigate the effects of nanosized zinc oxide sunblock and spray sunscreen on oysters’ ability to filter bay water. I hypothesized that when oysters were introduced to zinc oxide nanoparticles, they would experience a decrease in filtering ability. Researchers theorize that some types of nanoparticles may build up in the bivalve mollusk’s system over time and linger for up to three days longer than any nutritive material because of their small size. 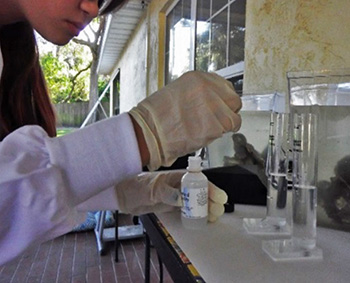 To begin my experiment, I harvested bivalve mollusks from a local river and placed them in three separate tanks full of bay water. I tested the outside temperature, water temperature, pH, nitrate, nitrite, ammonia and turbidity (cloudiness)  every 12 hours to analyze tank conditions and repeated this for 21 days.

On the first day, I allowed the oysters to filter natural water without the introduction of variables (nanosized zinc oxide and micronized chemical sunscreen). On the second day, I introduced nanosized zinc oxide sunblock to one tank and chemical sunscreen to another. In order to disperse the nanoparticles, I whipped both types of sunscreen in bay water for five minutes before I introduced it into the tanks. Tank three was the control tank. I took pictures and noted my observations of oyster behavior and filtration capacity throughout the testing process.

One of the main challenges with my research was creating an accurate concentration formula for how much sun protection to add to the tanks. After reaching out to my mentors at the local National Estuarine Research Reserve for guidance, I discovered a formula based on the percentage of sun protection in sewage water. I used that formula to determine the proper amount of sun protection to introduce to each trial tank.

The results of my experiment supported my hypothesis. As predicted, the introduction of zinc oxide nanoparticles led to a gradual decline in the filtration ability of the oysters.  This was indicated by the gradually increasing turbidity (cloudiness) of the water as experimentation continued. 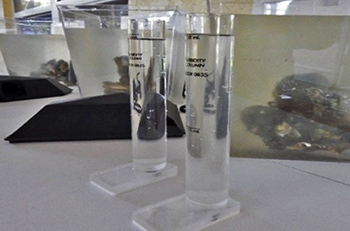 In addition, the bivalve mollusks exposed to micronized chemical sunscreen died after five days of exposure.  After Day 2, turbidity rapidly increased as the oysters approached their demise.  I concluded that the chemicals in the sunscreen infiltrated their systems and caused irreparable damage that led to their deaths. Oxybenzone, a fast-acting hormone disruptor that can wreak havoc on cellular activity and minimize essential body functions, was the most likely cause of death.

These findings are broadly applicable to the environment because they demonstrate that sun protection containing nanoparticles of zinc oxide and micronized chemicals negatively affects oysters. It also seems clear that chemical sunscreen has an immediate effect on the bivalve mollusk, whereas zinc oxide nanoparticles have a more gradual negative impact. This newfound knowledge can specifically apply to promoting more efficient conservation techniques for the oyster population and overall estuary health.

An easy way for you to make a difference is to use natural alternative, non-nanosized zinc oxide sunblock rather than micronized chemical spray sunscreen or nanosized sunblock. Long-term, as researchers continue to better understand the effects of pollutants (e.g. sun protection) on the selfless shellfish, the human impact on the ecosystem can be better managed.