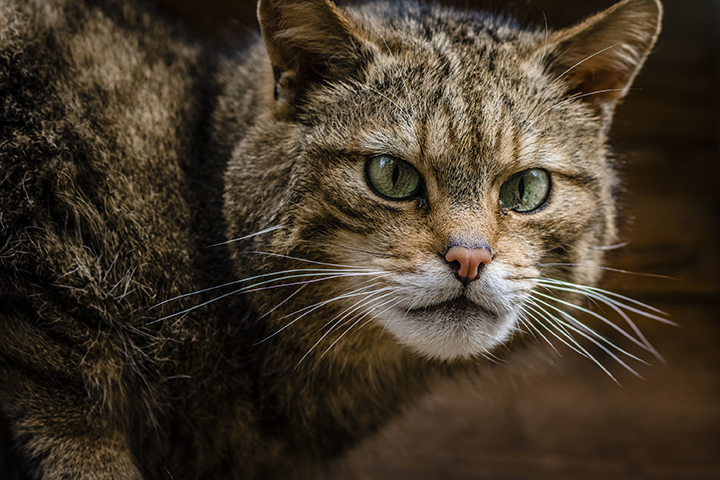 The “British Tiger,” with dense fur and bewitching eyes, is at the heart of many British folk stories and traditions. Hundreds of years ago their ferocity, untamable nature, and haunting mating calls infiltrated the belief systems and memories of many communities. Now the British Tiger, commonly known as the Scottish wildcat, is the U.K.’s only surviving native feline. The subspecies roamed Britain for thousands of years, but has been in decline since the 1600s. Within the last 150 years, Scottish wildcats have become extinct in England, Wales, and Southern Scotland. What was once a common species is now estimated to number between 400 and 4,000 in the wild.

Historically, the main reason for this reduction in numbers was their status as “vermin.” Put simply, the Scottish wildcats were an unwanted species, killed off to protect game animals. Today, their decline is largely due to interbreeding with domestic cats.

The Aigas Field Centre in the Scottish highlands aims to restore this special species, and offers wildlife experiences to educate and involve people in the beauty and biodiversity of Scotland.

Ben Jones is the staff naturalist and manager of conservation projects at Aigas Field Centre. The main focus of their work is to breed genetically resilient Scottish wildcats from their captive breeding pairs. Scottish wildcats are seasonal breeders and usually mate between January and March. Gestation is about 65 days, and most females only have one litter per year. At the Centre, the wildcats are fed a healthy, varied diet, and they are housed in large enclosures with a range of native flora to give them the best chance for successfully breeding. These efforts have been successful, and Jones explains “with the captive population growing every year, here at Aigas we are in the process of raising funds through donations to build new enclosures in which to house more breeding pairs of Scottish wildcats.”

Though they can interbreed, the Scottish wildcat is surprisingly distinct from domestic cats. Scottish wildcat coats are at least 50 percent thicker, and their jaws and faces are wider set. Most adults weigh between 11 to 17 pounds today, but fossil findings prove that these cats once reached 30 pounds. Interbreeding is most likely the cause of their reduction in size; domestic cat DNA can likely be found in all Scottish wildcats today. 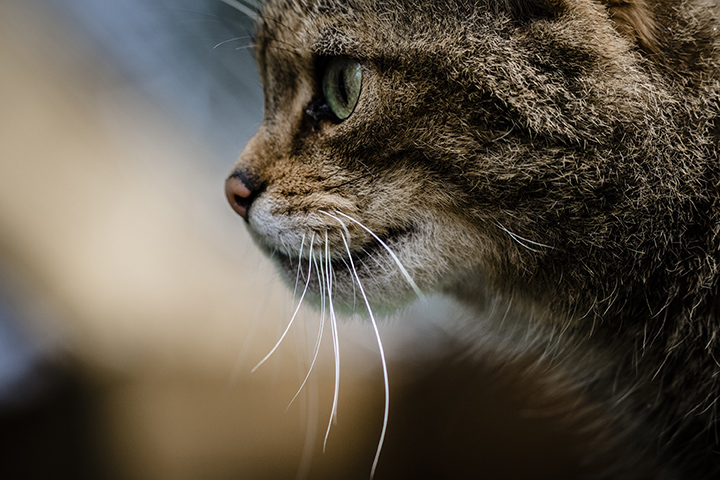 These beautiful cats are one of Scotland’s last remaining large carnivore species. Jones expertly explains the importance of defending the Scottish wildcat:

“This fierce, independent hunter plays an important role in the ecosystem
by carrying out the role of a top predator. Having already lost key predators
in Scotland’s ecosystem due to the actions of man, it is paramount that we
preserve the Scottish wildcat. Not just because it will benefit the environment;
but because it has a right to be here. It is our duty to conserve this important
cultural figure and keystone species so that future generations have the
opportunity to live alongside it.”

Aigas’ Scottish wildcat captive breeding project is part of a larger breeding program in Scotland to save and protect the Scottish wildcat. The wildcats at Aigas are part of a larger population within the Scottish Wildcat Action conservation breeding program, which is led by the Royal Zoological Society for Scotland. Although new kittens have already been born at Aigas Field Centre, no cats have been released as the long-term project is still in its early stages.

Apart from the breeding program, the Aigas Field Centre is also helping educate people on the importance of Scottish wildcat preservation. Jones describes this important branch of their initiative, “at Aigas we are raising awareness of the threats that face Scottish wildcats to school pupils, and families, through our affiliation with the environmental education charity Naturedays. Over 800 people visit Aigas Field Centre every year, and over 6,000 children are reached through Naturedays annually. The people we connect with learn about the Scottish wildcat, including the threats they face.” 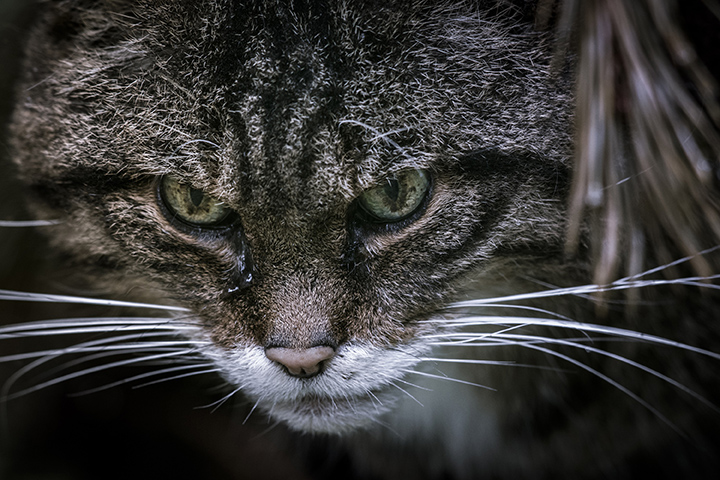 Although the Scottish wildcat is protected under the United Kingdom’s Wildlife and Countryside Act 1981, they are still facing extinction. Scottish Wildcat Action is actively tackling the threats that Scottish wildcats face in the wild. Six priority areas have been identified in the Scottish Highlands, places where the risk of hybridization (with feral domestic cats, which are the decedents of the African wildcat Felis silvestris lybica) and disease are being confronted through numerous operations. Unowned domestic cats and hybrids with few wildcat characteristics are put into a program called “Trap, Neuter, Vaccinate, and Release”. Jones goes on, “the promotion of responsible domestic cat ownership (vaccination and neutering) is another part of Scottish Wildcat Action’s conservation work. The charity also works to reduce risks to wildcats from land management activities such as predator control, coordinates a monitoring program to assess wild-living cat populations, and campaigns to raise awareness of the threats to wildcats, and what individuals can do to help.”

The risk of a world without Scottish wildcats living, hunting, and breeding in the wild is a serious threat. Thankfully there are those working to make sure this doesn’t happen. Breeding programs, educational facilities, expanding the Scottish wildcat habitat, diminishing threats, and the eventual release of captive Scottish wildcats into the wild are all at the heart of the work of Aigas Field Centre and Scottish Wildcat Action. All the charities’ hard work and commitment will hopefully lead to Scottish wildcats no longer being a highly endangered subspecies.

For more information, and to see how you can help, check out: