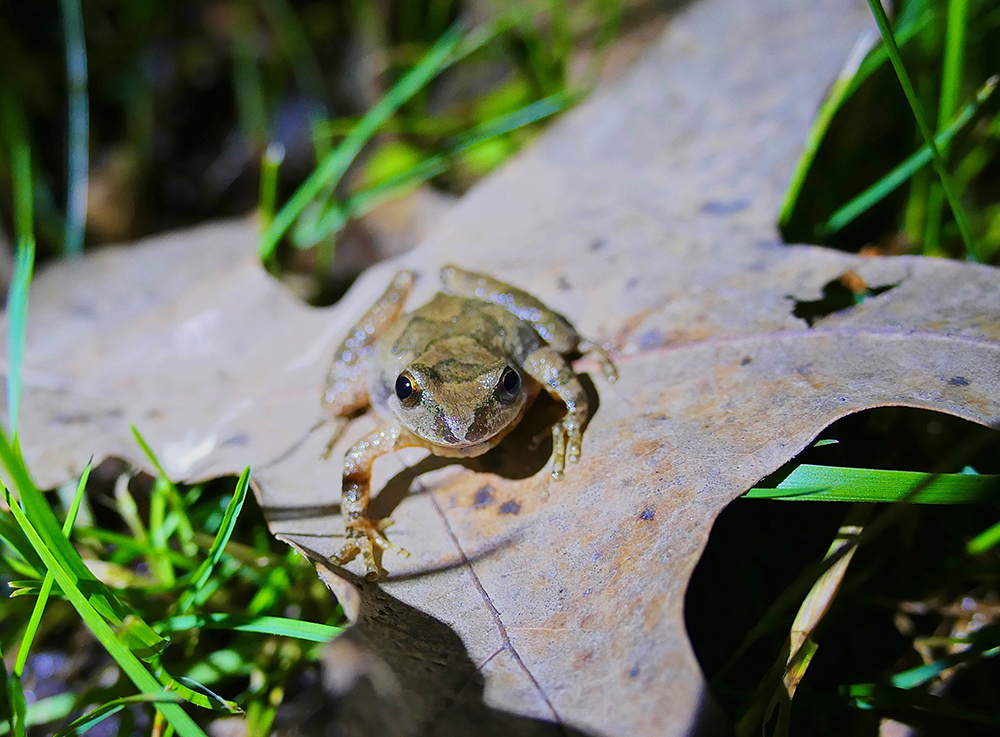 Those three words are on my mind as I slosh around in a wetland behind the lodge at Virginia's Breaks Interstate Park. The pool isn't much, taking up no more than thirty square feet and its water only about an inch deep. Small, unassuming wetlands like this one are given a special classification in Virginia's water protection law, which is where the phrase ringing in my head originates. "Isolated wetlands of minimal ecological value," the regulatory language outlines, "means those wetlands that do not have a surface water connection to other state waters, are less than one-tenth of an acre in size...and do not contain listed federal or state threatened or endangered species."

As I stand there in the mud, though, it becomes apparent that the mountain chorus frogs didn't get that regulatory memo. Somewhere behind me, a single male warms up his advertisement call, a hoarse, throaty trill that rings off the surrounding hillside. A few more males join in, and soon the entire pool is pulsating with the sound of several dozen mountain chorus frogs calling in unison. Females listen from the surrounding vegetation, sizing up the chorus in the hopes of selecting a suitable mate.

Wetlands like the one behind the Breaks Interstate Park lodge are a conservation conundrum. Small, isolated and only temporarily flooded, they aren't the majestic wetland habitats featured in nature documentaries and coffee table photo books. This particular pool owes its existence to a low, flat area that slows the flow of runoff, and planted fescue dominates its vegetation instead of a diverse carpet of rushes, mosses and ferns. It has all the look of a forgettable, throwaway mudhole, yet it has also become home to those mountain chorus frogs, a species considered rare in Virginia and given a ranking in the state's wildlife action plan that reflects a very high need for conservation. 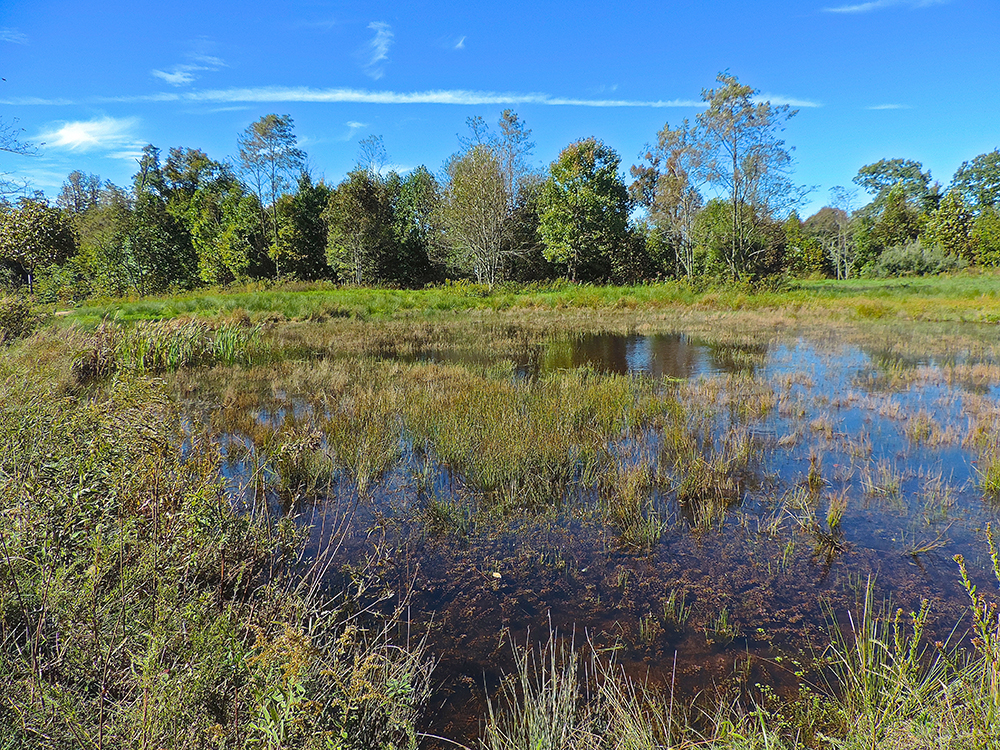 Much of my time over the past couple of years has been spent grappling with this contradiction of species of critical conservation concern living in habitats considered to have little ecological value. Specifically, I have been working with Kevin Hamed, a biologist at Virginia Highlands Community College, to determine exactly where mountain chorus frogs live across Virginia's rugged Appalachian Mountains. Since the 1800s, only 15 populations of the species have been officially recorded in Virginia, and many of those were only stumbled upon by biologists performing surveys for other wildlife.

Part of the reason we know so little about mountain chorus frogs is that the species has a knack for remaining almost invisible to the naked eye, tucking its ping pong ball-sized body into mud or leaf litter at a wetland's margin. The result is that the species can seem everywhere and nowhere at the same time, audible to an observer but virtually impossible to locate. It's this difficulty in surveying for the species that has led to us having so little information about it in rural Virginia. And when it comes to managing understudied species, what we don't know about an organism can hurt it. Without appropriate data on the mountain frog, there's no way to tell if the species is stable or, like many other amphibians, declining rapidly across its range. 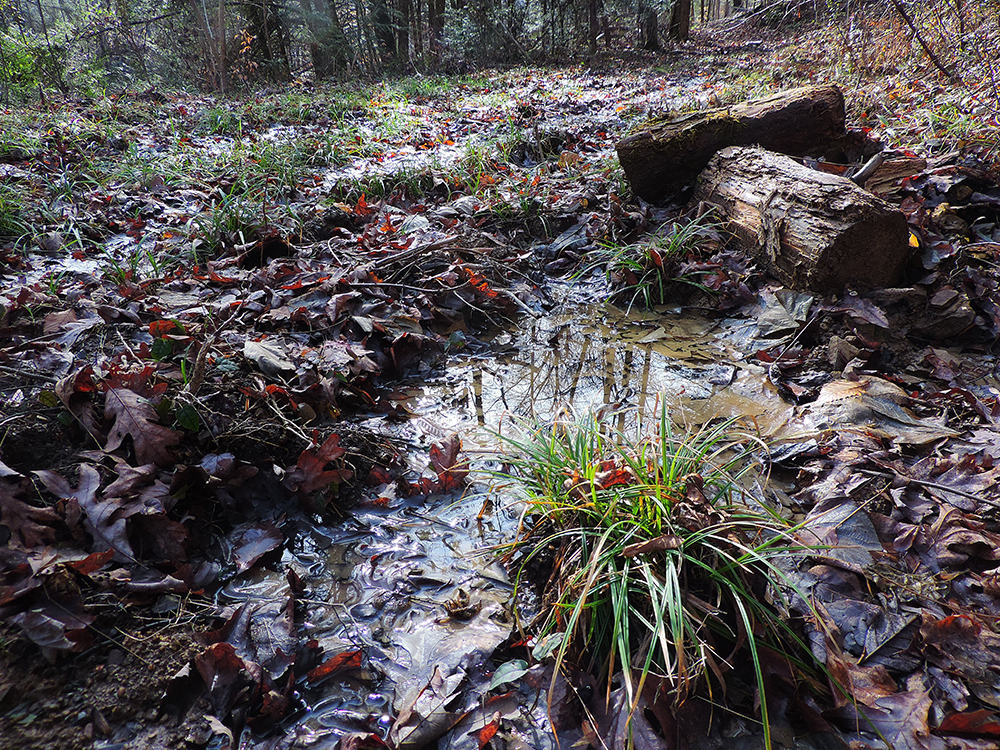 Kevin and I have been using traditional surveys in seeking out mountain chorus frogs, visually searching wetlands like the one at Breaks Interstate Park and performing auditory surveys for the frogs' characteristic call. But we've also used a different approach, acknowledging that a couple of biologists won't be enough to fully understand a species that urgently needs attention. Much of rural southwest Virginia is composed of privately owned lands that are inaccessible to biologists, and many of the small, unassuming wetlands the species prefers are found around people's homes and businesses and on extractive lands managed for mining or logging — all places that are out of reach for typical field surveys. Our hope has been that perhaps we know so little about mountain chorus frogs simply because they've been hiding in places where biologists haven't been looking.

Our solution to that challenge has been training regional residents to join our hunt. We've been distributing informational flyers to amateur naturalist groups and training students at public schools to listen for the species and record its call for verification by biologists. Over the past year, we've trained several hundred people across the corner of the state where the species might be hiding.

Asking untrained observers to search for a species that can frustrate even experienced biologists might seem like a futile effort, but citizen reports have been pouring in since the start of our study. Our first record came from a local resident who was driving home from work one spring evening and heard frogs calling from a roadside ditch. Another came from a homeowner that found a thunderous chorus calling from a flooded area in her backyard. Others have come from small wetlands alongside access roads for gas wells and logging operations, as well as untouched habitats tucked away in pristine hardwood forests. In just a few months’ time, those original 15 recorded populations have ballooned to more than 45 — all thanks to citizen observers. 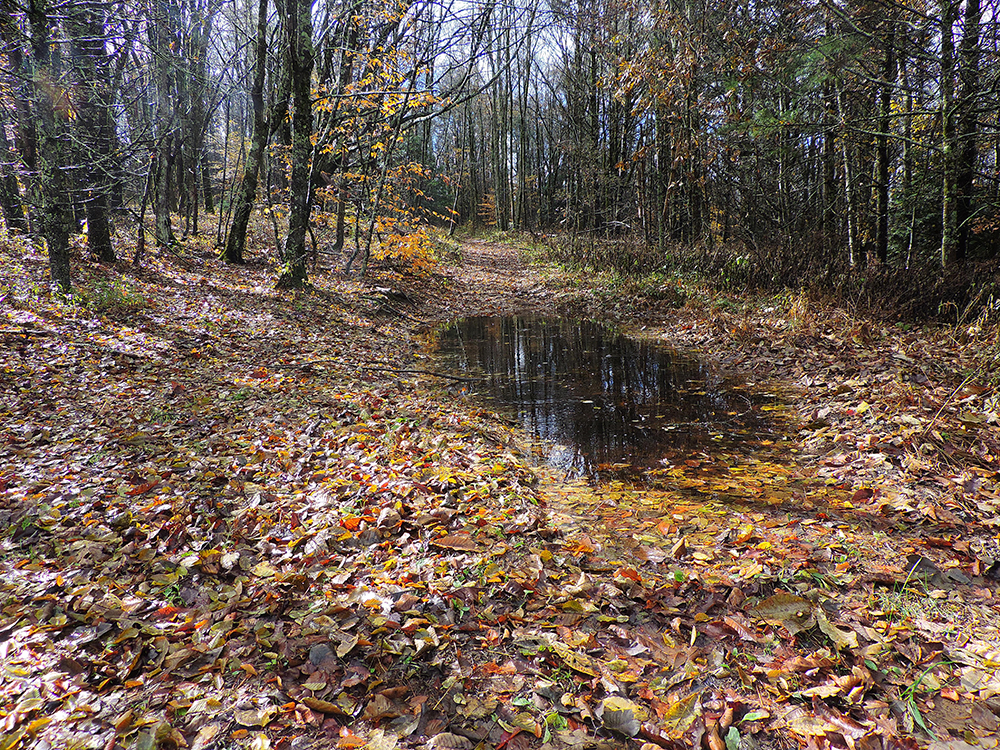 But those new populations come with a tradeoff, namely that they are overlapping with habitats given a special classification in regulations designed to protect wetlands from disturbance. As Virginia's water protection law states, the smallest wetlands disconnected from nearby streams are placed into their own category, which exempt them from protections granted to other wetland habitats. And for the mountain chorus frog, that distinction is critical. Out of the 30 or so new populations that we've discovered so far, most exist in wetlands that could be filled, drained or excavated with little legal consequence. In fact, one of the sites playing home to a newly discovered population of the species has already been filled with gravel to create an off-road vehicle trail, while another has been ditched to enhance drainage.

In that sense, the tiny mountain chorus frog is amplifying some big conservation questions. What do we lose when we overlook habitats that appear worthless? Does a flooded lawn really have less value than a pristine bottomland swamp? And what role can the public play in helping us conserve unassuming species that might otherwise slip through the cracks? 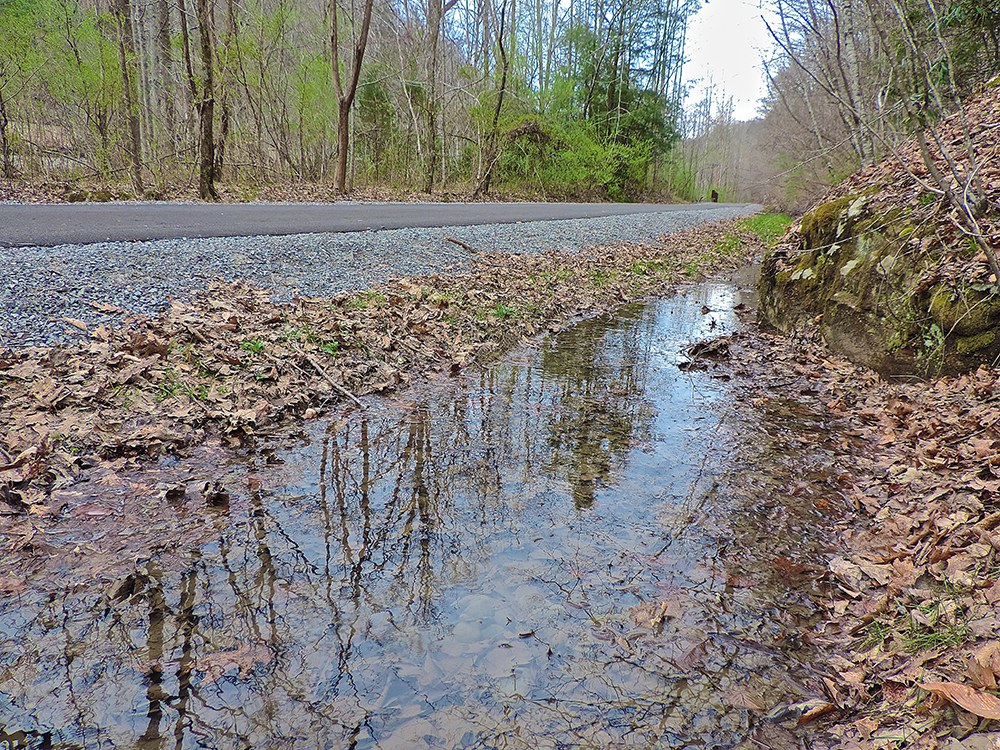 Answers to questions that broad can be hard to come by, but the latter question is proving more important than we'd ever thought. A few weeks after first reporting a new breeding population of mountain chorus frogs in her yard, one of our citizen observers, Loren, sent me an email early one morning. "We have thousands of little tadpoles in our tiny little pond now," she wrote. "I believe the next generation is ensured!"

I could only agree. One of the most important steps in conservation is acknowledging an ecosystem’s value, and that begins with discovering the treasures hiding in our own backyard.