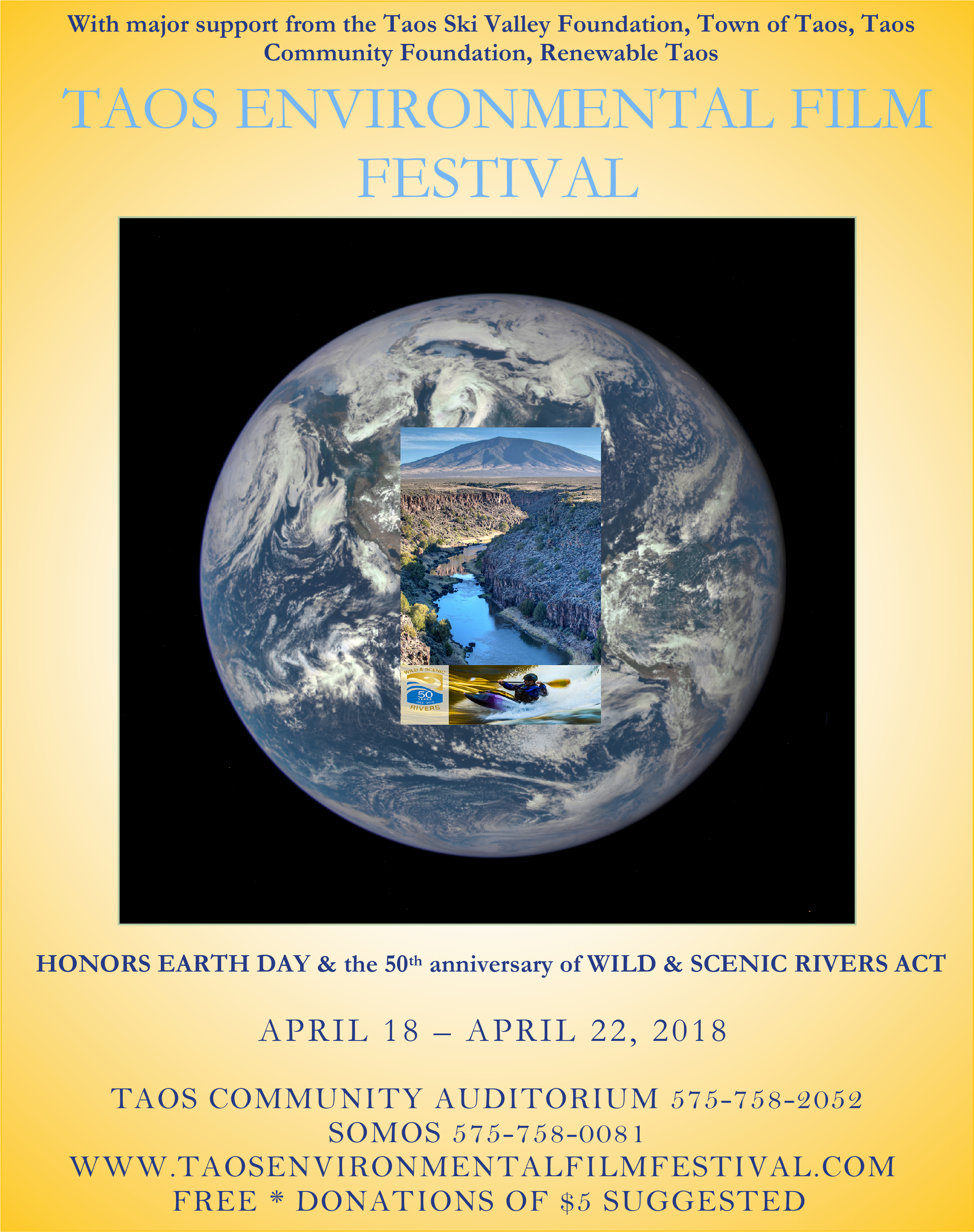 “Seeking Harmony and Happiness in an Unsettled World” is the theme of the fourth edition of the Taos Environmental Film Festival, which will take place between April 18 and April 22 this year. The 2018 festival will launch the 50th anniversary celebrations of the Wild & Scenic Rivers Act in Taos County and will also honor Earth Day on April 22 with special events. The festival is free to attend, but donations of $5.00 or more are welcome.

The festival kicks off on April 18 with a prologue at SOMOS (Society of the Muse of the Southwest) that includes a presentation on “Poets for the Environment” and a tribute to Terry Tempest Williams.

The official opening night at the Taos Community Auditorium on April 19 honoring special guests from Hawaii should not to be missed. Emmy Award-winning director Tom Vendetti, legendary Hawaiian musician Keola Beamer and hula master Moana Beamer will present films that will take the audience on musical and contemplative journeys through Nepal, Hawaii and Bhutan.

The festival offers special matinees for local students on Thursday and Friday, which are also open to the public. Two-time Academy Award-nominated director Greg MacGillivray has two award-winning films on offer: Grand Canyon Adventures: A River at Risk and National Parks Adventure. Both films will also be screened during the evening program. An award-winning Canadian film, Sea of Life, by Julia Barnes will also be screened at both the matinees and in the evening.

Award-winning feature films will also be screened, including The Last Animals by Kate Brooks, which takes the viewer to Africa, and Poisoning Paradise, a film about Kauai by Keely Shaye Brosnan, Teresa Tico and Pierce Brosnan.

The selected films for this event examine a range of global locations, diverse people and the biodiversity of our planet, including the Southwest and Taos. The festival will also screen five short films made by Taos residents, highlighting our acequias, our local organic produce and the beauty of our regional landscapes.

Details about the Taos Environmental Film Festival and synopses of the films can be found at www.taosenvironmentalfilmfestival.com and the Taos Community Auditorium can be reached by phone at 575-758-2052