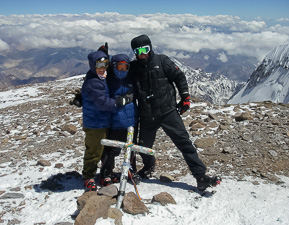 Dating. Homework. High school dances. Where to go to college? Life for many teenagers is already full of the challenges of growing up. But at 15 years old, mountaineer Jordan Romero is taking “up” to a whole new level.

While most of his peers are thinking about hormones, breakouts, and final exams, Jordan is worrying about frostbite and high altitude training. In December 2011, he set foot on the summit of Mt. Vinson Massif on Antarctica, achieving his goal of becoming the youngest person to climb the highest peaks on all seven continents. His world records also include being the youngest person to climb Mt. Kilimanjaro in Africa and Mt. Elbrus in Europe at age 10; Aconcagua in South America at 11; Carstensz Pyramid in Oceania and, finally, Mt. Everest in Asia at 13. It often seems that this enterprising teenager spends much of his life above 16,000 ft.

Jordan doesn’t travel alone, however. Team Jordan, the catchy name for the teen’s support network, includes his father Paul, a mountaineer trained in high altitude wilderness medicine, and his stepmother Karen, a personal trainer and experienced mountaineer-turned-technology manager for the expeditions. His parents help him prepare for the climbs, arrange talks and other stops while traveling, and keep him focused on their lofty adventures. They are also joined by myriad travelers, adventurers, guides, sponsors and others from all over the world who are interested in Jordan’s incredible mission. 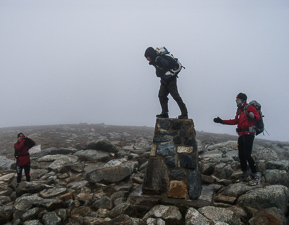 “It’s always about the relationships,” Jordan said. “I have met some of the most intriguing, coolest and talented people on earth … people that are also putting their lives on hold and at risk to obtain something very special.”  The people he meets and talks to along the way are always inspiring him, pushing him to achieve new summits and set new goals. “There is an instant bond."

Team Jordan is currently in the midst of a tour across the United States to talk to youth about their experiences on the mountains. Called Find YOUR Everest, this tour is more than a travel discussion series; it encourages students to get outside, find their passions and set goals to achieve the things they’ve always wanted. 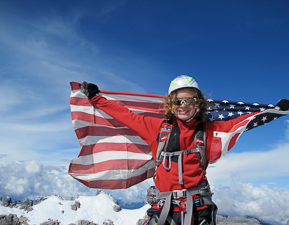 In addition to visiting schools to talk about his experiences, Jordan is also helping lead small expeditions to the high, wild places in each state. Supporters – and those just looking for an opportunity to play in the outdoors and get a taste of Jordan’s exciting lifestyle – can join the team on trips, such as a hike up Mt. Kathadin in Maine or an alpine trek in Utah.

The family focuses on students because Team Jordan believes that the key to protecting the summits and other wild spaces they love so much is to instill a passion for them early in life.

“I’ve had the privilege to travel to many other places, such as the Amazon and others, and so often, it gives you the unfortunate impression that any attempt to save the planet is hopeless,” Jordan said. “I believe the only hope is to start right now with youth. The youngest generation can learn anything.” 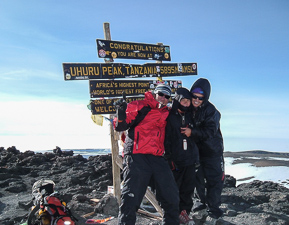 He hopes that by educating students about the importance of these places and encouraging them to get out and appreciate wilderness for themselves, he will be able to hit the reset button on people’s thinking about our natural world. “The generations before me have ignored nature and screwed up the earth something fierce; it’s time to slam on the brakes,” he said. “Easier said than done, but we need leadership.”

Jordan’s talks with students include ideas on lifestyle changes and making decisions in life that positively affect the natural world and the mountains in it. His mantra is that nothing is impossible, with hard work and passion.