The Animals’ Agenda: An Important Look at Human Relationships with Other Animals

Humans interact with other animals in a number of ways. When we think about other animals, we might think about our pet dogs, the squirrels we see in our backyards or the giraffes we visit at the zoo. Human-animal relationships are becoming increasingly complex as the global population grows, human settlements expand and cultural attitudes shift. While the nature of these relationships varies, it is increasingly accepted that animal suffering should be minimized in our interactions.

However, Dr. Marc Bekoff and Jessica Pierce argue that our current relationship with other animals does not go far enough to alleviate animal pain and suffering. Bekoff and Pierce challenge many commonly accepted notions in their new book, The Animals' Agenda: Freedom, Compassion, and Coexistence in the Human Age. They present a well-argued case for why our treatment of animals still falls short. They also make a case for animal “freedom,” arguing that even the dogs we “rescue” and keep as companions are not truly free.

Even though this insightful book presents a logical case for non-animal freedom, it made me feel uncomfortable at times. It debunks a number of commonly held ideas, and explains why human attitudes need to shift as a moral imperative. I suppose that my discomfort is a good sign — it shows that the book pushes readers to think critically and challenges their long-held notions about their relationships with other animals. 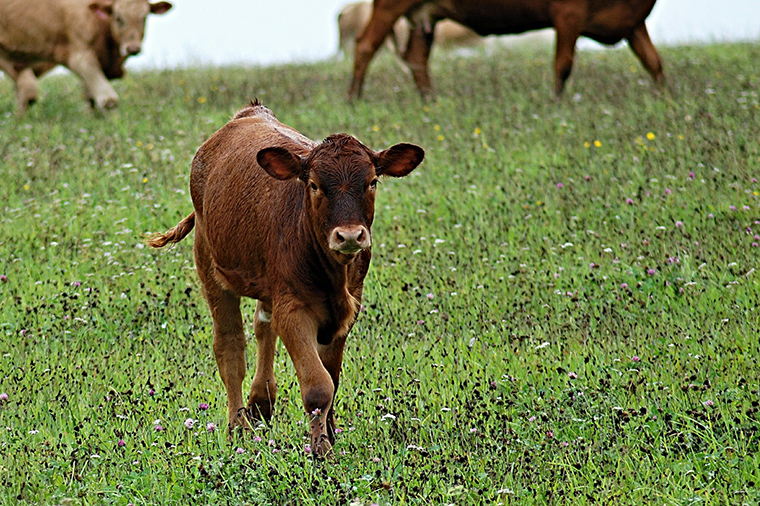 Approximately 50 years ago, rapid efforts were made to advance animal welfare through a report that was informally known as the Brambell Report. The Brambell Report outlined five “freedoms”: freedom from hunger and thirst; freedom from discomfort; freedom from pain, injury and disease; freedom to express normal behavior; and freedom from fear and distress. Scientists and veterinarians have widely accepted these five freedoms and adopted practices to avoid overly cruel treatment of animals.

While this was a good start, and forward-thinking for the time, Bekoff and Pierce argue that these “freedoms” do not go far enough. True freedom for animals looks much like freedom does for humans. In other words, animals are not free as long as we imprison them or use them primarily to suit human needs. Furthermore, while the five freedoms have been widely accepted, they are applied inconsistently at best. Bekoff and Pierce present a closer look at five common types of relationships that humans have with other animals.

First, they look at the animals we eat for food. Of the five categories of “relationships” that are explored in the book, the authors claim that the “the food-animal setting imposes by far the most severe welfare problems, both in terms of the sheer numbers of animals involved and the nature and extent of the ‘welfare compromises’ and pain we impose on them.” While there are some small-scale and family farms that provide animals with relatively good lives up until they are slaughtered, large-scale industrial farming systems often entail significant abuses and restrictions of freedoms.

The book goes on to explain how animal experimentation is often inhumane, despite the normally good intentions of scientists. Experimentation is often performed on animals who are thought of as “unfeeling,” such as mice and rats. Scientific studies about these animals’ behavior have proved the opposite to be true. Many would argue that lab experimentation is performed for a greater good, with the expectation that it will save human lives. However, Bekoff and Pierce explain that these experiments are often poorly designed and cost the lives of untold numbers of animals without producing sound results. 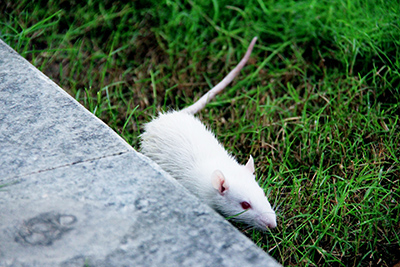 Next, the book describes the plight of animals used in human entertainment, including animals in zoos, aquariums and circuses. In recent years, public awareness of the suffering of animals for entertainment has grown. The 2013 documentary about SeaWorld’s treatment of a captive orca whale, Blackfish, and increasing reports of Ringling Bros. and Barnum & Bailey’s poor treatment of its circus animals have caused many people to change commonly established opinions. While animals in zoos, aquariums and circuses are often regarded as entertainment, many also regard them as crucial for education.

Indeed, while some of these venues have increased public awareness about pressing issues such as biodiversity loss and climate change, many still have difficulty reconciling the educational potential these venues offer with keeping animals in captivity. Alternative educational platforms could be a solution. For example, the Sea Life London Aquarium creates an “augmented reality,” where visitors can interact with animals, who are in fact shown through computer imaging.

According to Bekoff, there isn’t much being done to expand the concept of alternative zoos, although the idea itself is spreading.

He explains, “As more and more people become concerned with the incredibly impoverished and deprived lives of zooed animals, we hope things will change. Patience is key, for it's going to take some time to convince those who think it's just fine to keep animals in cages ‘in the name of humans’ to embrace change.”

The book goes on to examine human relationships with some of their closest companions – pets. Keeping pets has been a strong part of many cultures throughout history. Bekoff and Pierce argue that even when we keep pets, we are not entirely capable of understanding what our pets “want” or what they are feeling at any particular moment. Therefore, they are never truly “free.” This discussion is particularly interesting and challenging, in that it contradicts some of the pet-keeping advice offered by prominent animal welfare groups, including the Humane Society of the United States.

Finally, the book takes a look at the animals we come into contact with as human settlements expand into other animal habitats. These relationships are riddled with conflict. Animals are often deliberately killed for sport or when they “encroach” on our homes and our neighborhoods. Sometimes, interference with human habitat is based on benign intentions; for example, when animals are introduced or moved between locations as part of wildlife management and conservation strategies. Bekoff and Pierce explain some of the trade-offs and unintended consequences of these conservation practices. 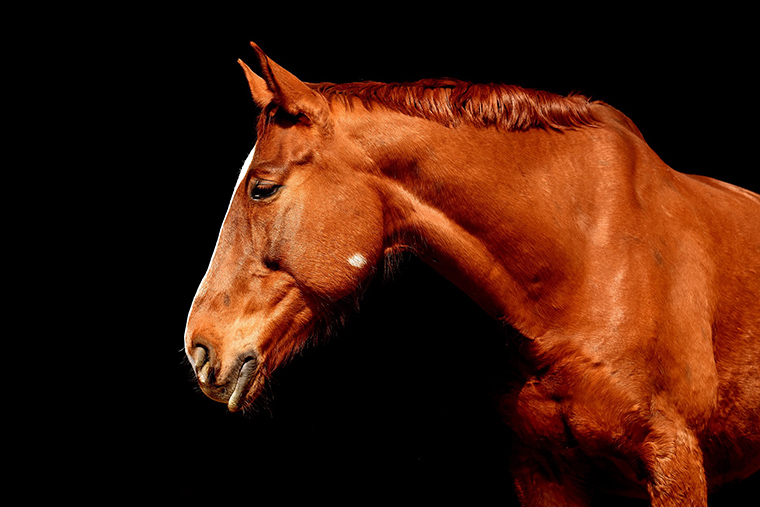 Throughout the book, Bekoff and Pierce emphasize that a vast amount of scientific information about animal feeling and cognition already exists. Studies have clearly demonstrated that animals “feel” much more than we are led to believe. However, having that information has failed to translate into practice.

Bekoff explains, “According to the Federal Animal Welfare Act, rats and mice, both of whom display empathy and experience a host of positive emotions, are not animals. This twisted biology is not a relic from the past, but rather is part of the 2013 Animal Welfare Act and Regulations ‘Blue Book’ published by the USDA.”

I ask Bekoff to expound on this idea and explain why he thinks scientific information is not being fully applied.

He says, “It wouldn't serve them well because it would be more difficult or impossible to subject these animals to all sorts of abuse. Nor would it benefit the animal-industrial complex that makes millions of dollars breeding these wonderful beings to be used as unfeeling objects.”

Bekoff and Pierce wrote this book out of a sense of frustration. Many scientists have said that we are now living in the Anthropocene, an epoch where humans are the primary influence over the climate and the environment. According to Bekoff, it’s an epoch that many call “the age of humanity.”

“In reality, the Anthropocene should be called the ‘age of inhumanity,’” he says. “For us (a scientist and an ethicist), an early feeling of optimism has given way to frustration, even alarm, about what is happening to animals globally.” 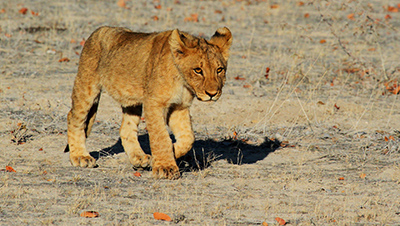 Bekoff and Pierce have a vision for a world free of animal suffering, a world where non-human animals have the same freedoms that humans aspire to hold for themselves. It’s certainly not a shift that will happen easily, and it will likely require a gradual approach. I ask Bekoff what can be done to improve animal freedoms, given that he and Pierce describe several groups of animals that are deprived of their freedoms. He corrects the clause in my question to say, “Several groups of animals WHO are deprived of their freedoms.” It is a quick reminder that humans should not view other animals as “lesser” beings.

According to Bekoff, “Education is key, as is closing the knowledge translation gap. Both could work in the short term and, as they take hold, we can only hope that animals will be treated better — more fairly, with more respect and dignity — in the long term.”

In the long term, a drastic shift in worldview needs to take place. Bekoff explains, “The rapidly growing field of compassionate conservation, in which it's stressed that the life of each and every individual matters, should be a great help to captive as well as wild animals.”

Such a shift in worldview could also help the world solve many of the environmental crises it is facing, including the Sixth Great Extinction. According to Bekoff, “We clearly are the direct cause of incredible and unprecedented losses of biodiversity, and the pain, suffering and death for which we are responsible is regrettable and reprehensible. We are not the only show in town.”

I mentioned that the book made me uncomfortable at times. As British novelist Zadie Smith once said, “I like books that don’t give you an easy ride. I like the feeling of discomfort. The sense of being implicated.”

The Animals’ Agenda will likely make you feel some discomfort as well. But discomfort eventually forces us to re-examine our belief systems and to start having necessary yet challenging conversations.

According to Bekoff, “We simply cannot and should not be ruining the  lives of other animals to serve our purposes.”

Note: Marc Bekoff is a member of Voices for Biodiversity’s Advisory Board.