The Future of Life 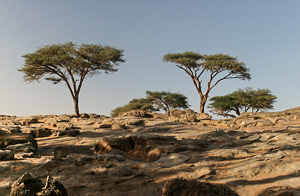 E.O. Wilson’s highly influential work The Future of Life begins where one would imagine: the present. He sets the stage by telling us that somewhere between 1.5 and 1.8 million species have been discovered and issued an official scientific moniker, though estimates of the true number of living species range anywhere between 2.6 million and 100 million or more. Half of all species thrive in tropical rainforests, though any locale with liquid water, organic molecules and an energy source breeds life, from the Mariana Trench to the tip of Mount Everest. Wilson also tells us that if every person on earth were to reach current U.S. levels of consumption, existing technology would require four more planet Earths to sustain the human race. Perhaps we have heard such numbers before, but what follows is exceptional; the subsequent chapters illustrate with stunning ease an abundance of easily digestible facts, figures, comparisons, poetic narratives and personal anecdotes to communicate one message: we need to learn how to share – or else.

Although this tale of the biosphere does not shy away from despair – population is rising at an unsustainable rate, food production is failing to keep pace, short-sightedness is an inherent feature of our Paleolithic evolution, and extinction rates are at their highest in history and continue to rise – it is also a prescription for harmonious existence:

Polls show that, in the United States at least, people of all socioeconomic groups and religious beliefs become conservationists  when well informed, and primarily for the moral reasons.

Written in 2002, The Future of Life explores many of the same environmental hot topics discussed today: the monetary value of ecosystem services, the importance of plant life for medicinal development and treatment of HIV-AIDs, the potentially destructive characteristics of genetically modified foods, and the addicting compulsion to subscribe to “technomania” as a panacea for imminent environmental disasters. 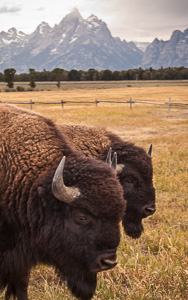 Wilson’s arguments, though clearly biased toward a democratic, accommodating model of existence, are intelligent and thoughtful, and include optimistic visions for the future. He is not an alarmist as much as he is alarmed, and his descriptions of the chemical and physical processes of the planet read more like stories than esoteric technobabble.

However, both the success and the weakness of this tale lie in the book’s conclusion. While providing a thorough, rich scientific and economic case for the conservation of the magnificence that is life on earth, his main solution pulls on the moral heartstrings of his audience. His most salient reasoning describes a new global ethic that would incorporate environmental stewardship. I am concerned that this message also acts as the book’s weak link because it may not take into consideration the psychology of its average reader. In order to digest six dense, poetic chapters that could double as a natural history of biodiversity, one must already be openly invested in improving one’s understanding of these systems. Chances are, however, that such a reader is willing to hop on board the biophilia bandwagon, which is to say that the ethic Wilson hopes for could possibly lie outside the reach of this book’s natural distribution. But perhaps such a criticism is irrelevant. A mind-changing agenda may not have been Wilson’s intent; he is clearly more concerned with arming the choir with something to sing about rather than preaching to them. 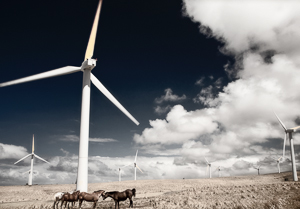 It is true that much has been written on the themes within Wilson’s book since its publication ten years prior; however the majority of the subject matter remains achingly relevant a decade later. The only major change that has occurred in terms of information is that the situation has become progressively worse. Wilson’s petition for a shift in the perception of our moral relationship to earth may be the only tool with the potential to direct the majority of the population toward genuine, sustainable activity. The key today is for readers to extend this philosophy to begrudging skeptics who would prefer to view the planet as an expendable platform from which to catapult into some glossy, neon, electronic post-environment Platinum Age that, quite frankly, won’t be happening at the rate we are going. Wilson writes,

The race is now on between the technoscientific forces that are destroying the living environment and those that can be harnessed to save it… If the race is won, humanity can emerge in far better condition than when it entered, and with most of the diversity of life still intact.

If the race is lost, we may not have much of a future to look forward to.

This book enters the domain of such seminal works as Silent Spring by Rachel Carson and Walden by Henry David Thoreau. In fact, many of Wilson’s contributions to the field of conservation ecology and biology are tremendous. His work on insects is groundbreaking; he has been a distinguished lecturer across the world, a recipient of a National Geographic Explorers Medal, a recipient of the Carl Sagan award for the Public Understanding of Science, a Pulitzer Prize Winner and one of Time’s 25 Most Influential People in America. This book – if read only to cement one’s hunch that the world serves us better as a tool for well-being than as an ashtray for development – will leave you better off than you were before delving into its pages. If you are curious as to what one of the foremost minds in conservation ecology has to say about the future of life, look no further.

Photos are copyright protected and may not be used without permission. All photos are courtesy of Jonmikel and Kathryn Pardo.