The Human Animal and Biodiversity

As an ecological anthropologist and as the founder and project director of Voices for Biodiversity, I have always been interested in human perceptions and the feedback loop between our perceptions and the environment and other species. This has led me to inquire into how human psychology and culture are intertwined with ecosystems and our larger global environment. I propose that if we become aware that we are "human animals" embedded in nature, then we may be able to prevent rapid biodiversity loss and avert our own possible extinction.

Humans, like most animals, exploit natural resources within their reach. We have done so since time immemorial and are probably the driving force behind the Sixth Great Extinction that is currently underway (Johnson). Paul Martin's overkill hypothesis, or Blitzkrieg theory, posits that humans have always created extinctions, even in prehistoric times. Hence, the answer to our current human-induced biodiversity crisis is not to return to some primitive golden age when humans lived in supposed harmony with nature, but instead to forge ahead into a new era of cognitive evolution where we become aware of what we truly are, human animals, and choose to live cooperatively with nature.

We need to recognize that it is an illusion that humans are more important than other species. This psychologically embedded belief in human superiority and importance is an underpinning of almost all religions, and its influence is found in numerous academic fields from philosophy, psychology, anthropology, and economics to literature and the arts. The view, oddly enough, is even held by many scientists. As a meme, the assumption of human superiority over other species and nature has been immensely successful.

How can humans change and evolve to protect other species, biodiversity, and the environment upon which we depend, rather than continue to destroy them? If memes and biology are intertwined, how can our perceptions evolve so that we choose not to be detrimental to other species and the planet as a whole? How can we produce fewer of our own kind and consume less of other kinds?

If we can see ourselves clearly (and we do have that capacity, although we often refuse to use it), we can alter the current trajectory of human cognition away from selfish over-use of resources and selfish over-populating to a conscious sharing of resources with other species. This is the real "gift" of our ever evolving human cognition, a capacity to know ourselves and then to act upon this awareness. Yet we consistently refuse to use this inherent human capacity for self awareness and remain controlled by the dictums of our dated cultures and our own selfish predilections. We yearn for a mythical past when we once lived close to nature, but that past probably never existed. The time for that past is now.

On the bright side, however, because there are so many people on the planet today and because we do have such fantastic technology, it takes very little time for ideas to spread globally. We live in a time of rapid meme transmission. What if those memes were: We care about other species. We want to stop over-populating and over-consuming. 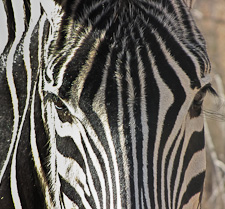 If we as humans begin to value, rather than deny, that we are embedded in nature, and if we choose to embrace, explore, and enjoy that we are a part of nature, we can choose to value and relate to other species. We can co-evolve with other species rather than push them and most likely ultimately ourselves to extinction.

We are now facing a choice: Do we choose to consciously re-form our relationship to other species or do we blunder on as before? Do we recognize that an economic system based on endless growth and consumption of natural resources is unsustainable? Do some of us dare say that we don't all need or even want to have children despite the cultural pressures to do so?

To evolve, we must become aware. We must change our perception that we are more important than other species and perceive ourselves as one of many species. We are part of our local and global ecosystems and we now hold the future of other species and biodiversity in our hands. We must move forward into this new era with conscious self-appraisal. If our perceptual lens becomes one of helping other species to survive because we realize we too are part of nature, then we too will survive.

How do we create this sense of being embedded in nature? Scientific education is useful, particularly for those who already understand that we are part of nature, but science does not affect the average person's emotions or psyche. Most people will not be moved by science to change their behavior, and many are not interested in science or do not ha 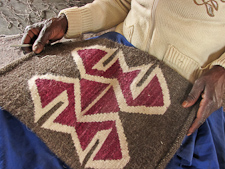 ve access to it. We at Voices for Biodiversity believe that using storytelling, sharing experiences, presenting educational articles and research, and engaging our readers with visual media is a way to help people feel closer to other species and nature. Our writers, photographers, and videographers share their field experiences and knowledge bases and by doing so help others experience nature. This Imprinting leads to embodied knowledge and to what E.O. Wilson calls biophilia. We believe that a love for other species can lead to people choosing to live more sustainable lifestyles, which will help not only other species but us as well.