The Last Unicorn: William deBuy's Search for the Elusive Saola 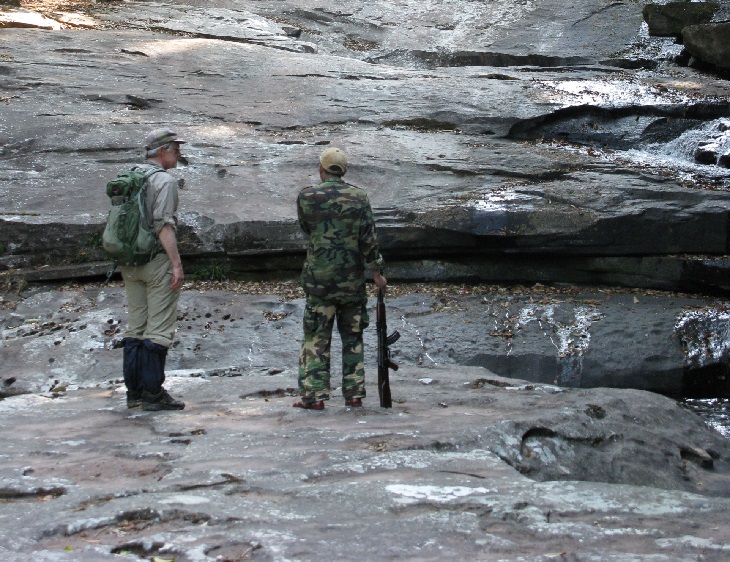 On a journey to find a saola

The Last Unicorn taps into a primal human instinct — the search for pure and innocent beauty. This quest has captured our attention for hundreds of years, and is perhaps the reason unicorns are ubiquitous in ancient folklore as well as in popular culture.

While his quest is not for a “true” unicorn, William deBuys is looking for what he deems is the closest living creature to the unicorn: the saola.

In his foray into the Annamite Mountains between Laos and Vietnam, as well as the Nakai-Nam Theun National Protected Area, deBuys and his team encounter a variety of people, animals and difficulties. The reader follows along as they journey into the farthest sections of the Nakai-Nam forest in order to catch a glimpse of the ever-elusive saola. This creature is described as possessing an “other-worldly” nature, and has endured through the age of deforestation, industrialization and wildlife poaching. Saolas are incredibly shy and intelligent animals, so finding one is easier said than done.

In a forest that is plagued by illegal poaching and lax enforcement of wildlife protection policies, finding proof of an extremely rare species could prove to be the area’s saving grace. As I read the book, I followed along with the writer’s heartbreak as his team finds hundreds of snares set up by poachers. The incredible demand in China and around the world for rare and endangered animal parts (golden turtle blood for example) has almost completely decimated the natural biota. One of the most heartbreaking moments is when the group finds a douc (a type of monkey) that had been freshly killed by a snare. It is evident that it had fought hard to escape, but had at last succumbed to death, all while being hung upside down. It is a gut-wrenching scene and one that had a clear effect on the writer, as well as his guide and wildlife expert, Bill Robichaud. To add to their exasperation, the local outposts of soldiers that are in place to watch for poachers are all empty.

DeBuys writing style is one of almost poetic prose, and I couldn’t help but be transported to a world of sticky rice, dishonest guides, poachers and exotic forests. This is a book for the wildlife lover, the adventurer and the traveler.

Zoe Krasney interviewed deBuys about his journey, the saola and his current projects. The edited interview is found below.

Krasney: When you went to the Nakai-Nam Theun National Protected Area, did you have any idea how long you would be there and how much it would take out of you? I mean, it seemed like it was an incredibly arduous trek in the book. And, if you knew then, would you still go?

deBuys: Well, I did know that anything could happen and I didn’t know. I didn’t know and I didn’t ask how long we were going to be in the bush, we were just going to go in and see what we could do, and do the best we could. I knew it was going to be arduous, I just hoped that I would stand up to the rigors of the trip. There’s actually a passage in the book when I discuss my fears . . . on the night before we set off across the drowned lake.

My two big fears were one, that I would not measure up to what I had to do to participate in the expedition — that was one fear. The other was that the only thing that we would encounter in the deep forest would be the tragedy of loss.

Krasney: Right, so you already had that in your head.

deBuys: Yeah, I was afraid of those two things in particular.

Krasney: Was the saola on your radar at all before you got that call, the invitation to participate in that journey?

deBuys:  No, in fact I don’t think I’d ever heard the word saola spoken before I got the surprise call . . . [When I] started investigating this story, I realized that I had seen news reports back in 1992 about the animal when it was first discovered, but then it had completely gone off my radar and I’d forgotten about it.

Krasney: And yet, you chose to join anyway. What attracted or intrigued you about participating?

deBuys: The opportunity to go somewhere completely different from any place I’d been before. The opportunity to explore lands that westerners had rarely or, as it turned out, never seen. All of these things were on my mind, and perhaps as much as anything, I thought this expedition will give me the opportunity to write about things that I really deeply want to explore in writing. So it was the attraction not just of the land but of the story. 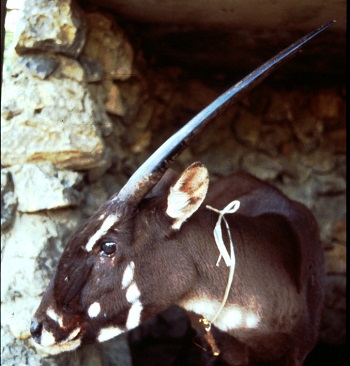 Krasney: So, what would you say to someone who questions if it matters at all if the saola becomes extinct? You know, the argument that I’ve heard is that extinction is part of the way of life, that so many species become extinct. Why does this one matter?

deBuys: Well, first of all, one has to think in terms of scale. Extinction is part of life, it has been going on for a long time and it was figured out back in the 18th century by George Cuvier. He explained to the world that not all of the animals for which bones had been discovered still lived on Planet Earth. So, beginning at that time in the Age of the Enlightenment, people began to understand that extinction had attended life on Earth for a very long time. But the background rate of extinction under natural circumstances is a much smaller order of magnitude than the extinction we’re experiencing today with mankind’s, humankind’s, encroachment on every kind of habitat and with the constant harvesting of animals for whatever kinds of human purposes, so that what we’re seeing now is huge, a rapid shrinking of biological diversity on Earth. And I approach it, not as a scientist, but just as an appreciator of the aesthetic beauty of this planet. What we’re seeing in the wild is the loss of beauty at the same scale as the loss of beauty and heritage that we see today in the storied ancient lands of the Middle East as ISIS destroys Palmyra and other places.

deBuys: Local governments have conservation programs. In Vietnam, I think the government is doing some good with some of its protected areas. These programs are constantly undermined, however, by the behavior of their citizens and by market forces, but we’ve seen big results, actually, in some aspects of wildlife trade. The price for ivory in China has fallen dramatically because of, we think, because of government action. China has made international commitments to stem the illegal ivory trade. There are big obstacles along that path, but there is more resolve being expressed and more action being taken now than has been the case for at least a decade, more than a decade

deBuys: There are little rays of light here and there, and I think the big challenge, the thing that conservation biologists like Bill Robichaud are primarily focused on, is to secure key habitats with . . . as many of the original biological parts as possible. The idea is to secure those key habitats and protect them for long enough, while public values turn around in a way that makes protection much more possible.

Krasney: Is it all sadness and loss? I mean, how does someone like Robichaud or you keep going and not despair?

deBuys: Well, you just listen to the gibbons in the morning, or the laughing thrushes as a flock swirls around you, or you revisit the image on your retina of a douc, high in the canopy, flashing a glance your way and then disappearing. These sounds and sights are so exhilarating, it inspires you to want to do even more to keep those sights and sounds there in that forest. To keep that forest rich and healthy. So, anything that’s done to protect saola is going to help all those other species, even if the saola themselves don’t survive. And so, one carries on. The alternative is quitting. And that’s just, for someone like Robichaud, it’s just not in his genes.

Krasney: And, of course, we are all glad there are people like that.

Krasney: What are you working on now?

deBuys: Well, I’m in the final throes of a book. I’ve returned to my southwestern territory and I am finishing a book started by a good friend who died before he could finish it. He died in 2010. In fact, his death is mentioned in The Last Unicorn: the visit I make with my friend Mary to a friend who is suffering from multiple myeloma — well, that’s the friend whose last book I’m finishing now and, in fact, this morning I will write the last caption for the illustrations and send that off within the week along with the manuscript. I’m just about done, at least at this stage of the book. It’s a book about iconic places in the southwest and how they were seen by the first non-natives who beheld them.

Photos are copyrighted to Mr. deBuys and cannot be used or reproduced without permission.