The Living Boulders of  a Faraway Time 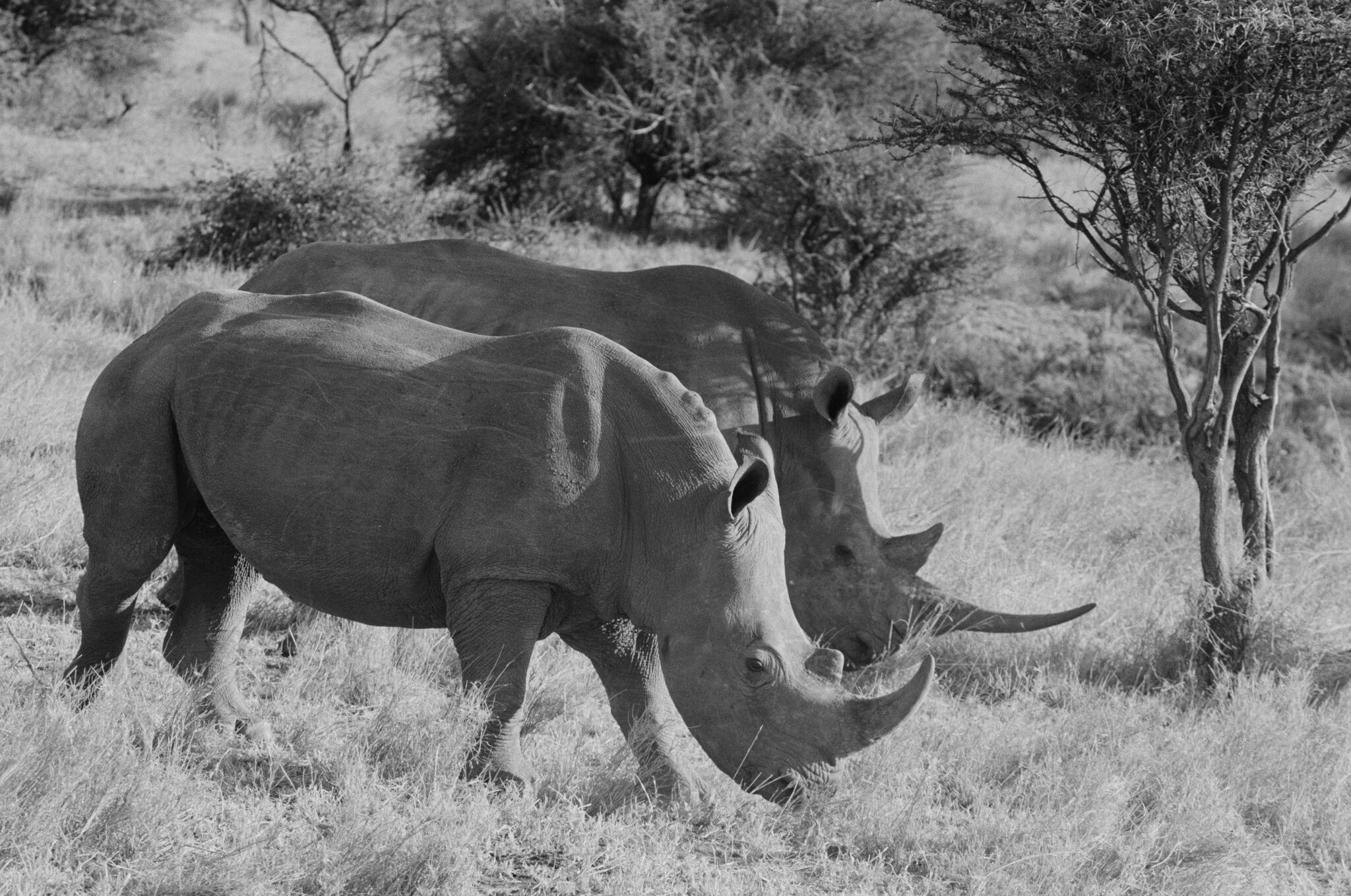 We walked among the armored behemoths in total awe, mesmerized  by the sands and giant green euphorbia bushes that seemed to be from a primeval time.  My wife Marie and I came within 40 feet of a single bull rhino in Namibia in 1999. The mad craze for their horn had not yet fully erupted, and we traveled across the sands of the oldest desert on earth, where time seems to stand still on the face of Gondwanaland. The open hand of the absolute horizon, and the sands and red rocks of the Namib haunt the senses. One can almost hear the symphony of rocks; and the rhinos rule here. We had been searching for tracks for hours before our guide finally saw our target, a colossus sleeping on the plains only a few dozen meters from us. Suddenly, it bolted like a monster startled from a slumber and disappeared into the bush.

The rhino has impressed humans since the beginning, as the cave paintings of France so readily attest. The great megafauna — elephant, buffalo, lion, rhinos — were great foils to humankind. We honored them in art and ritual, and their bodies fed us throughout the millennia. As early as the dawn of the 20th century, rhinos dotted the landscape by the hundreds as majestic sentinels, like steadfast bulwarks on the horizon of Africa. In 2006, we took our son Lysander, only one year old, to see the rhinos in northern Kenya. Fewer than 10 rhinos had been killed that year, and Lysander slept through his first encounter while the denizens of prehistory grazed around us.

In 2010, while doing research on the white lions of Timbavati, we went to South Africa and found ourselves in a bush surrounded by white rhinos. The magic was instantaneous. Lysander was transfixed — we were all corralled by the power of these gentle monarchs of the bush. The mad bloodlust for rhino horn in Asia had just begun due to the economic downswing in the world markets. These living knights of sheer muscle were soon being destroyed for the price their horns fetched on the black market — $200 a gram or $300,000 a horn. Man’s greed was about to unleash catastrophe for the second largest land mammal on earth. 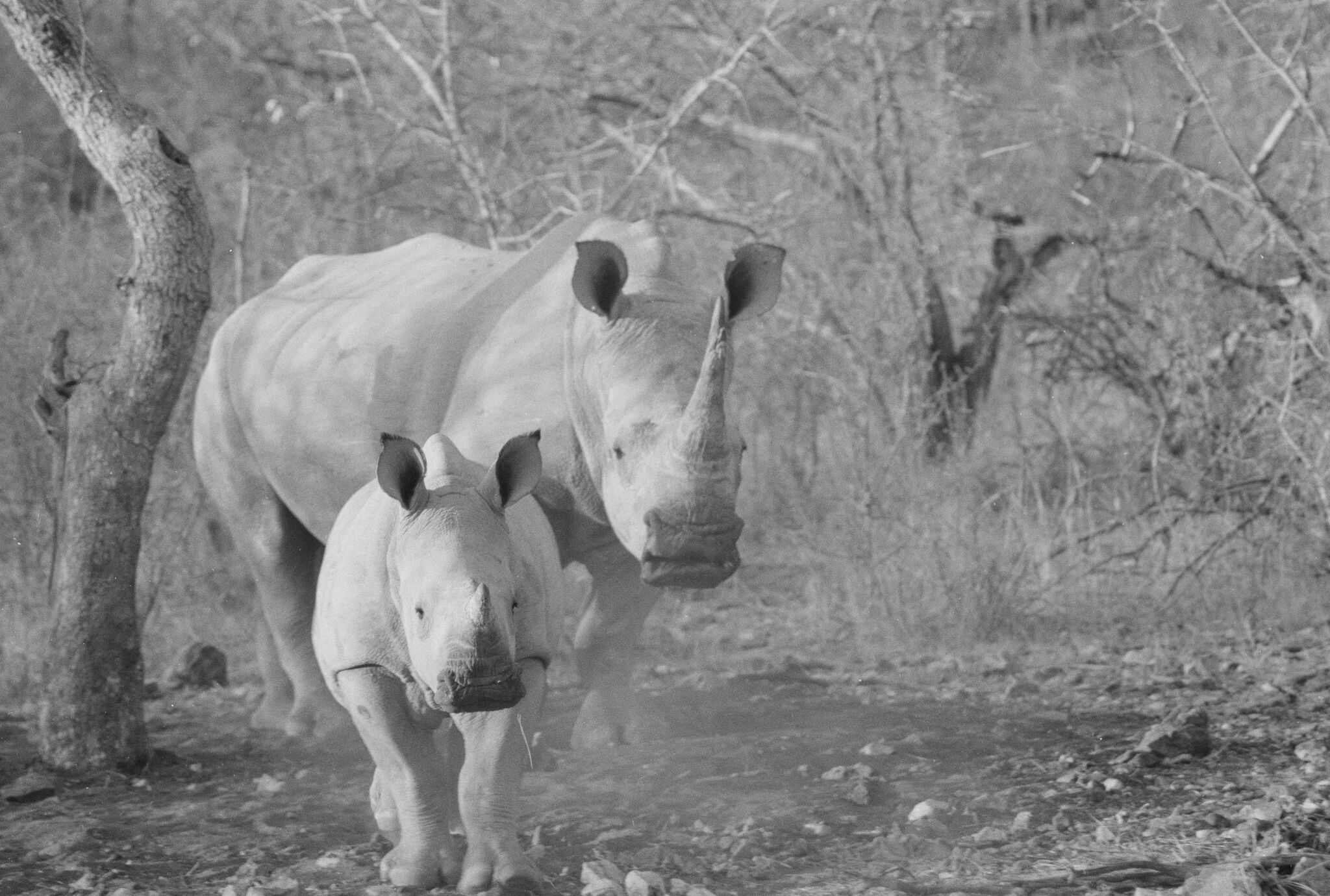 The thought is staggering, that something as utterly useless as keratin, the protein of horn, could endanger a creature so magnificent with its defiant stride and yet so necessary to the landscape of the world and the imagination of our species. In evolutionary time, we have been acting like dynamite on the splendor of the world and its species. Recently, over 1,000 rhinos were being butchered for their horns every year, for superstitious and medicinal beliefs right out of medieval folklore. Humanity is running a sword through the living tank of the animal world.

In 2015, at the height of the worldwide rhino slaughter, we returned to Namibia with Lysander and walked in a rare refuge not far from the Atlantic Ocean, one of the wildest corners of the planet, a place where the boulders speak the language of dinosaurs. It was a rare privilege to track a being whose very presence honors the oldest rocks on earth. Our guides took us to a waterhole at six in the morning, an oasis where rhinos were known to gather. No one was around, so we continued driving until we came across some impressive tracks. We followed our guides out of the car, when a rhino mother appeared with her calf 500 feet away. An oryx kept watch as if guarding the short-sighted rhinos just a few feet away. The mother still had her horn intact — the conservationists had decided not to remove it. As the mother and her baby fed on the giant euphorbia bush, which is poisonous to all others, the vastness of the horizon absorbed the silence. The specter of human greed and our hunger for horn did not impress here and, for a moment, it seemed that perhaps on these rarefied million acres, the rhinos still had a chance to subsist, survive and even thrive far from our own species’ madness. The peace and tranquility of eons passed still reigned over these plains. 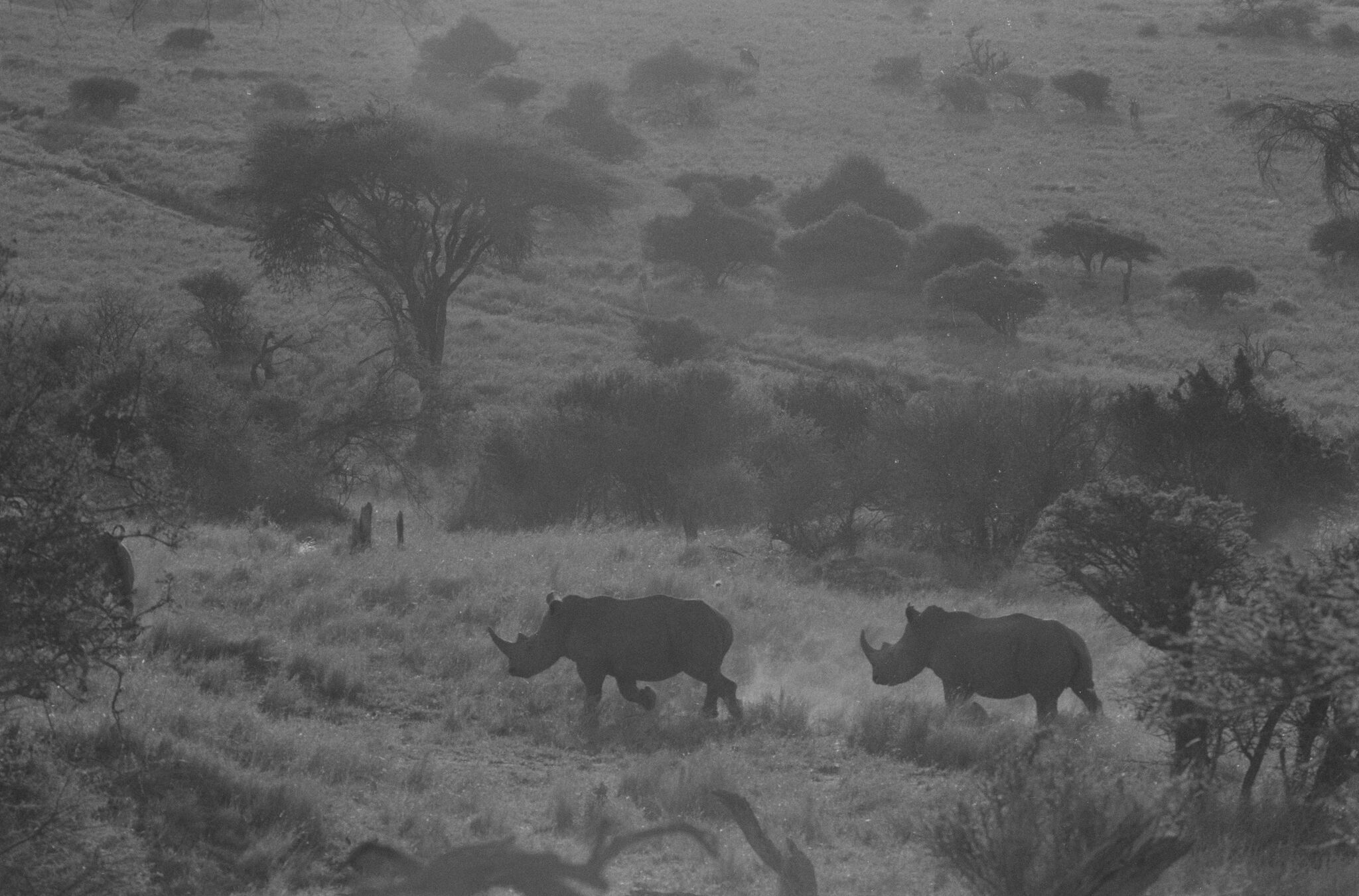 On our first night in Etosha National Park, eleven rhinos marched in front of our vehicle like a cavalcade from a prehistoric bestiary. Perhaps the only place left on earth where this spectacle is still possible, the force of these extraordinary wanderers still moves within our brains. As we returned to camp later that night, we witnessed the power of two bull rhinos clashing horn to horn, kicking up dust as our light highlighted the astonishing force of their jousting. It is why Lysander — who was always transfixed by their presence, like anchors to another dimension — called them the “living boulders of a faraway time.”

Photos owned by Cyril and Lysander Christo, and cannot be used or reproduced without permission.