The Passing of Courage: An Homage to E.O. Wilson and Thomas Lovejoy

I.
What was inevitable came far too quickly,
when for Wilson and Lovejoy, their time on earth ceased, as
their days collapsed, falling silently on the snowcapped peaks
made tall by their own achievements.
It followed that our planet fell silent and birds fleeing skyward held their breath,
While Earth ensured that champions took their honors and final rest.

II.
I still see them somehow, as I try to imagine their final dreams.
But I will never know those things.
So, in my own way, I blurt out “What if all their words and deeds somehow just
pass me by, like a fleeting summer shower I know so well,
as it interrupts momentarily the business of the day?"
Or will it be just the opposite? That everything gets stronger, becoming future’s light,
made by its missing luminaires to whom we say a final, “Good night.”

III.
But right now, rather than worry, think again of Wilson and Lovejoy.
How their mild-mannered tendencies remained as multiple awards leaped upon them.
Then, suddenly we knew that Mr. Darwin’s successor could be named.
While for Dr. Lovejoy, a forest home, distant and removed,
Waiting for him to go, leading, as he was a torch of his own making.
And while both often seemed to speak from a tower grand,
each was always willing to step in and lend a hand.

IV.
For those of us who remain, we may not have known their final dream,
but we can be sure of what would be their greatest fear:
that, for generations to come,
nothing wondrous of nature,
here on this earth, could be found. That is,
unless the work of half-earth could finally be assured,
nourished to succeed and promised to endure.

V.
Since his days on the islands, since his days spent low to the ground,
As he came to know the social side of ants,
Or, in someplace totally different, with his days in the forest,
While spending nights in a wilderness camp,
To know one plant from another, and its story more precisely still.
It was nature that paraded in front of their eyes, teaching them what to see,
and how the natural world was meant to be.

VI.
While at Harvard, he engendered disgruntlement,
“Life cannot be studied” so the scientists demanded, “without relying on molecularity!”
But Wilson did not succumb. More inspirational he became.
Eventually, words gained ears, as did their teaching of
what species are alive, some of which you and I can see,
but by the next generation, many missing there may be.

VII.
We attended a BioBlitz; we walked forest ecologies unknown,
And next to plants and ants, we saw the birth of earth and the rise of ideas.
With eyes and hopes cast upon them, they introduced biodiversity to a global populace.
But others adopted a different view, wishing from nature amusement alone.
But you and I, we’ve been through that. Some people just take longer to learn --
that being human means taking care of one’s home. So together we shout in a unified voice,
“Look here! There are always wonders of nature for which to rejoice.” 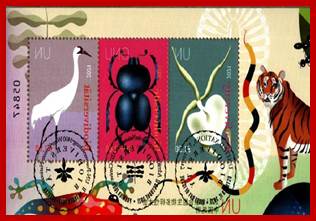