The Sixth Extinction: An Unnatural History

Over the last 500 million years, Earth has experienced five mass extinctions. Each was marked by the obliteration of a significant proportion of all life on the planet within a geologically insignificant period of time.

The last one was the CP (Cretaceous–Paleogene) extinction roughly 66 million years ago. A widely accepted theory is that an asteroid the size of Manhattan hit Earth at 45,000 mph, creating an impact equivalent to 1,500 times the capability of all of the world’s nuclear arsenals. The dust and rock particles it sent into the atmosphere caused the temperature on our planet to escalate to several hundred degrees, wiping out approximately ¾ of the earth’s plant and animal species.

The evidence today suggests that we are about to enter a sixth extinction.

It will not be caused by a single cataclysmic event. Instead, the perpetrator is itself a species: humans. Though we have inhabited this planet for a mere 200,000 years, we are proving to be as devastating as any asteroid. 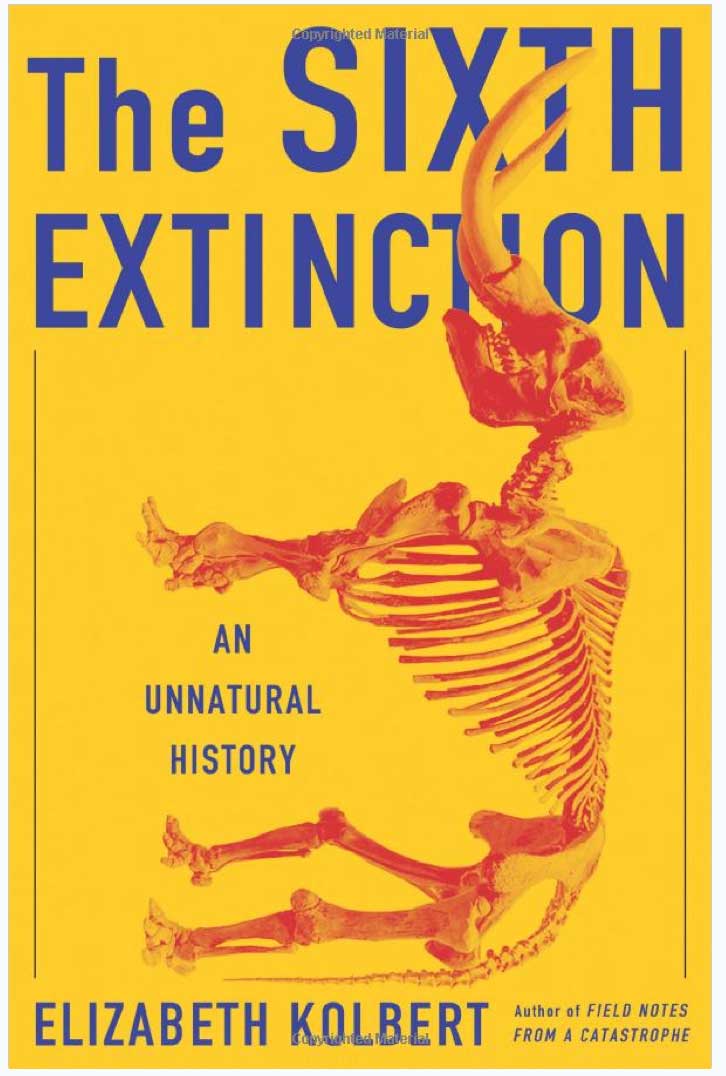 In her book The Sixth Extinction, Elizabeth Kolbert looks at several facets of this theory. She begins by tracking our understanding of evolution and extinction, starting in revolutionary France, where Georges Cuvier’s work made extinction a plausible topic for investigation. By looking at how we have come to understand the planet, Kolbert stresses the imbalance between our actions and our lack of understanding and control over their consequences.

Kolbert then looks at various examples of historical and modern extinctions. Each is presented as a case study, explaining how past extinctions came about and laying out humankind’s role in the upcoming destruction.

The book begins with the story of the tiny Panamanian golden frog to illustrate some of extinction’s characteristics, specifically its suddenness. The frogs started disappearing slowly around Santa Fe, Panama, but then “the wave hit:” the chytrid fungus caused this frog’s disappearance in the wild by feeding off the keratin in its skin, devastating amphibian populations at an alarming rate. 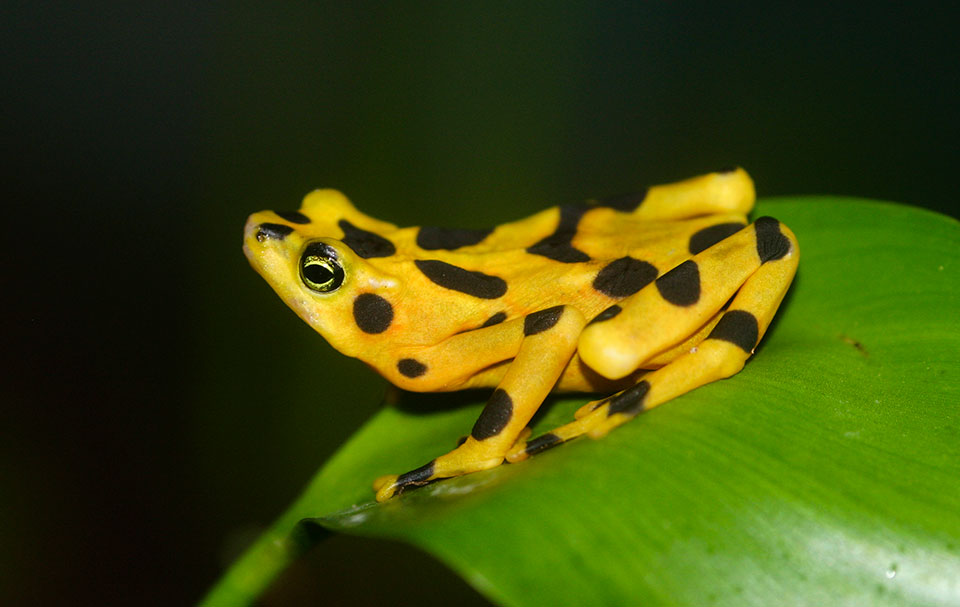 Kolbert travels to El Valle Amphibian Centre, where the Panamanian golden frog and many other species that can no longer survive in the wild have found refuge. El Valle’s director Edgardo Griffith tells Kolbert, “We are losing all these amphibians before we even know that they exist.”

Extinction is currently irreversible, and by illustrating our lack of control, this opening tale humbles us as readers and focuses our minds for the rest of the book.

Kolbert later looks at the great auk, a flightless bird that became extinct in the mid-1800s due to human hunting. She also tackles contemporary challenges – such as higher sea acidic levels and climate change – as she journeys to remote locations such as One Tree Island at the southernmost tip of the Great Barrier Reef and the Andes Mountains. In these far reaches of the world, she meets specialists in the field whose decades-long research starkly demonstrates the deterioration of biodiversity. By looking at individual species and ecosystems, Kolbert nails the specific details of biodiversity loss while addressing the broader implications of what could soon become the Sixth Great Extinction.

Perhaps most importantly, Kolbert’s investigative style can be appreciated by people with or without a scientific background. Her friendly but educational prose provides an informative, clear and succinct tone that sometimes reads like a travel novel about her scientific journey around the world. The pages come alive with the people she meets and the work they are doing to protect the planet. Kolbert conjures up a new feeling of immediacy with each chapter as she describes the food, weather and living quarters she experiences and the effects that climate change and other modern challenges have on these lifeways. The intimacy of the narrative draws us into each story and emphasizes our own responsibility for the planet.

The rate of extinction is forever increasing. It is estimated that a third of reef-building corals, a third of water mollusks, a third of sharks and rays, a quarter of all mammals, a fifth of the world’s reptiles, and a sixth of all birds are heading toward extinction. These losses are occurring all over the world, and it’s only getting worse. When we map the Earth’s history, we find ourselves right on the brink of another mass extinction, and this time, we’re the ones nudging the planet over the edge.

From the start of the book, we see the destructive consequences of our actions on biodiversity but also the dedication of conservation groups trying to save species and habitats. The harrowing tales told in The Sixth Extinction: An Unnatural History detail the beauty of our planet and the abuse it is enduring. Earth as we know it can still be saved, and Kolbert is convinced that the best way to awaken our sense of responsibility and inspire action is to show us the lives of the people dedicated to protecting the planet and those they are working to save. That is what this story is all about.

All images are copyright protected and may not be used without permission. 1) Cover of The Sixth Extinction, courtesy of Henry Holt and Co.; 2) Panamanian golden frog, courtesy of Brian Gratwicke and Flickr Creative Commons license.