The Worlds Within Us 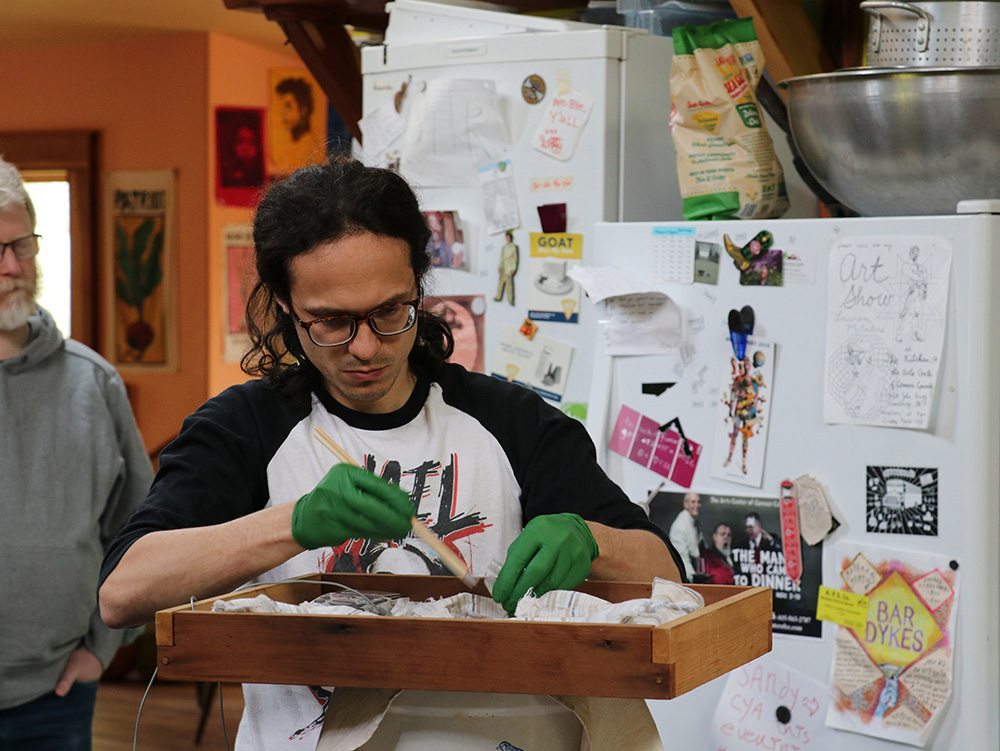 Biodiversity builds resilient ecosystems. While our imaginations are stirred by charismatic animals and plants, who help attach a face to conservation and ground our attention, they only make up a fraction of the diversity of living things. Of the millions of species living here on earth, nearly two-thirds of them are bacteria. These microbes are essential to keeping larger organisms and ecologies moving. Trees communicate through vast networks of fungi and microbes, some species of bacteria have transferred their genes to living human cells, and much of our own human health may depend on the healthy functioning of microbial ecosystems in our bodies. By the numbers, this unseen world is the real biodiversity, and it too needs to be conserved.  Paradoxical as it may sound, we put a lot of that biodiversity into action when we embrace our food traditions.

Fermented foods have been with us for a long time, as shown by the archaeological evidence of fermented beverages, with some archaeologists even arguing that our most important crops — maize, wheat and rice — may have been domesticated in part for alcohol. Virtually all of this fermentation has been wild fermentation, a product of locally occurring yeasts and bacteria in the air, on plants and covering cooks’ hands. This is different from most of the fermented pickles or yogurts we now find in the grocery store, which are pasteurized and then inoculated with specific bacterial strains so that food producers can have complete control over the living cultures in their goods. Far from making us sick, this process of guided microbial change has been linked to beneficial health effects, including mental well-being, immune response and healthy digestion.

Human bodies teem with trillions of microbes, a complex assemblage of bacteria, eukaryotes and viruses essential for human health and well-being. The composition of this human microbiome varies considerably in diversity and density across communities. Our microbiomes are different from yours, rural people have different microbiomes than urban people, farmers have different microbiomes than foragers, and all of our microbiomes shift according to our diets and our local environment. While all multicellular organisms share space with microbes, humans spend a lot of time and effort modifying our environments and foods: we domesticate species, change habitats and process foods in ways that reshape the landscapes in which we live. Research has shown how human influence creates new spaces for plants, animals and the humans that rely on them to thrive, but we are just beginning to understand how we are creating the microbial ecologies within ourselves — let alone how those microbiomes shape our social and biological well-being. 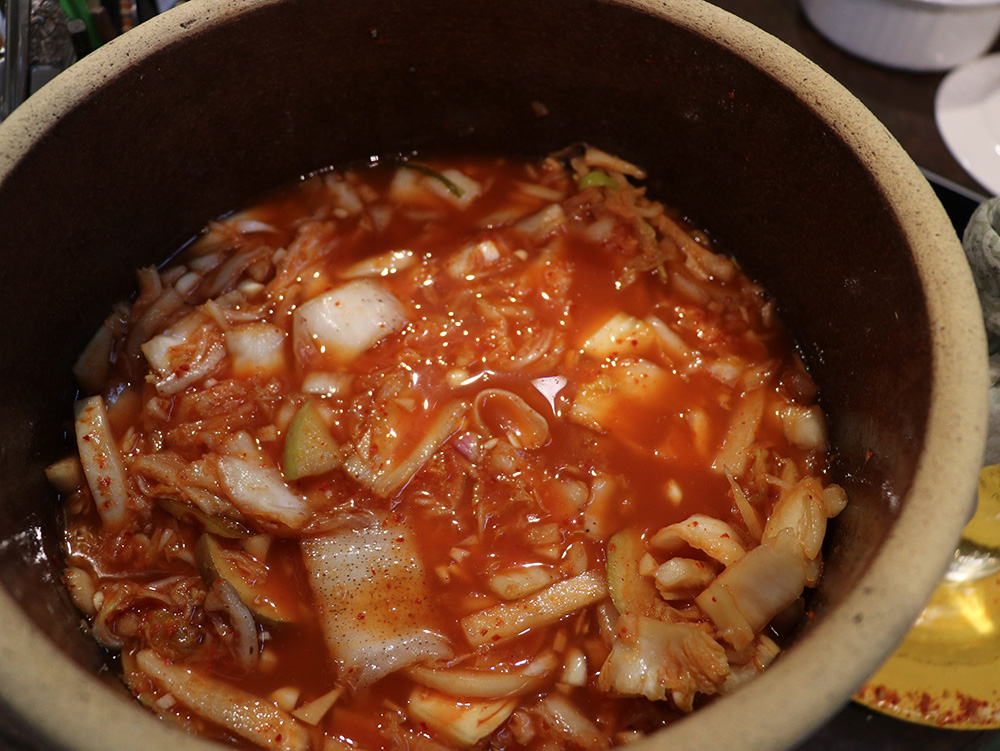 To learn more about this complex cultural and biological story, we traveled to a workshop led by fermentation revivalist Sandor Katz, who has been sharing his love of fermented foods since 1998. Along with ten other fermentation enthusiasts— including school teachers, business owners, professionals and students— we learned to make some of our favorite microbially rich foods, such as kimchi, sake, tempeh and sourdough bread. It was a masterclass in cultivating biodiversity through smell, taste and texture, perfectly suited to the anthropological methods of participant observation and open-ended interviewing. As social scientists studying biological and cultural diversity, we wanted to learn about the traditions that sustain these microbial communities.

Although it may be hard to imagine in our age of refrigeration, fermentation and other food preservation techniques were once crucial to food storage, helping us cope with an agricultural lifestyle that often produces a lot of food in some seasons and none in others. Most of us live in a world of antibacterial wipes and food safety laws, a legacy of French scientist Louis Pasteur, inventor of the pasteurization process. These laws help keep us safe from contamination in a global, large-scale food system where the spread of bacteria like E. coli can (and often does) make us very sick. But a growing crowd of fermenters, brewers, cooks and cheesemongers see microbes not as threats but as allies in the search for good health and good food, an attitude that anthropologist Heather Paxson calls post-Pasteurian. For many fermented foods, the bacteria that preserves them and gives them that telltale tang belong to the genus Lactobacillus. Because they can survive at temperatures and salinity levels that other microbes cannot, Katz explained, these microbes thrive and outcompete other bacteria. We must have looked skeptical, because he continued, “Even if the fresh food could have the potential to make someone sick, as it ferments and is dominated by lactic acid bacteria, it begins to acidify. If there are cells that have E. coli or Salmonella, they’re going to die.” As they come to dominate the milk or brine that define their ecosystem, these bacteria produce lactic acid — deliciously sour to us, but deadly to many of the microbes that might be dangerous or disgusting.

For fermentation researchers, every family recipe and kitchen improvisation is a step toward shaping microbial biodiversity in our foods and in our own bodies. Every cheese cave, wine valley and cabbage field likely has its own collection of microbes, to say nothing of our sauerkraut crocks and stirring spoons. For food enthusiasts, these little regional touches add up to terroir, a French term that describes the subtle variations between regional foods. Look at “the famous Belgian open-fermented beers,” offered Katz. “This is a valley that was once dominated by cherry orchards. So if you have a concentration of a certain kind of agriculture in the geographical area, that would certainly have implications for the density of microbes in the air… And I think that's definitely an aspect of terroir that people are talking about more and more.” That is, to preserve great tastes, we need to think about landscapes big and small. 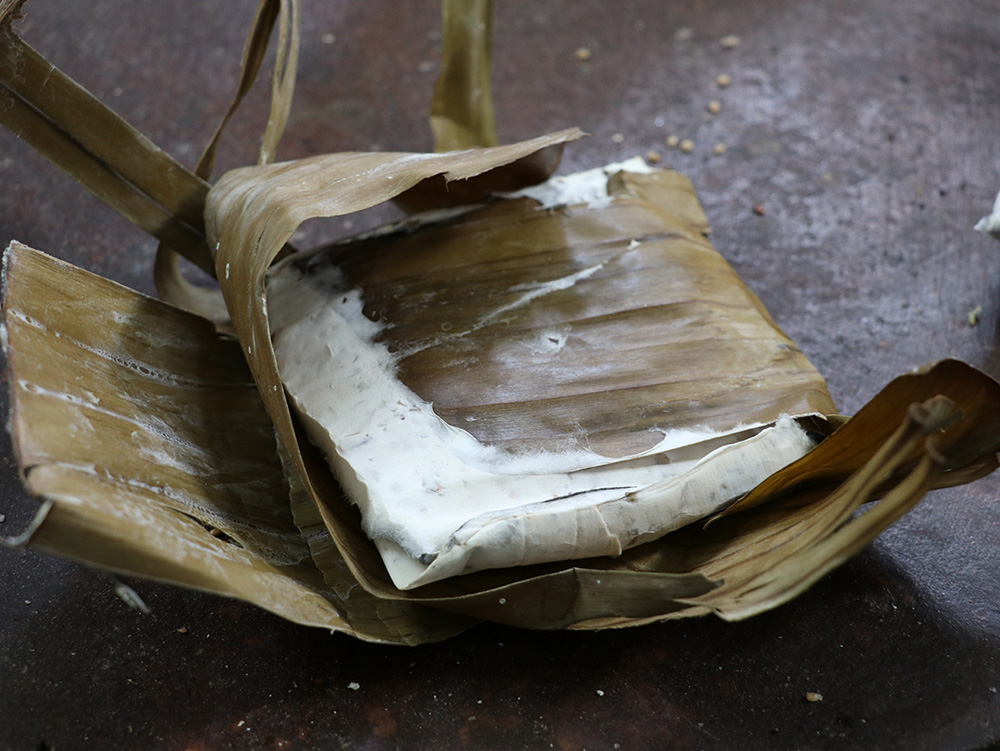 For the fermenters at the workshop, this commitment to creating microbial ecosystems is a path toward better food, better health and connecting with the natural world. “I’m like a food hobbyist,” laughed Carl, a Midwestern IT professional, and several others echoed this deep personal connection to food and cooking. “With the work that I do, it is kind of nice cooking. Even an act as simple as slicing up cabbage can feel like: well, here’s what I’ve done,” said Matt, a pastor from Pennsylvania. “There’s just some immediate satisfaction when others join you and then you can gather around a table. It’s really nice.” For others, fermentation provides an outlet for their creativity. “Initially I’ll look at a recipe and follow it, but I’m always riffing on it… what I'm feeling spontaneously in the moment.” In a later interview, another workshop-goer was more blunt: “I feel a little bit constitutionally unable to exactly follow a recipe.” We laughed, but there may be something about encouraging bacteria to grow on your food that attracts people outside the mainstream.

Several of the participants told us that fermentation is as much about gardening and being out in nature as it is about cooking — another way that fermentation promotes biodiverse landscapes. This was probably most true for Karen, who was in the early stages of starting a fermentation business. “I started looking at how I could value the marginal, like the weeds in my garden. Instead of ripping them out, how I could place value on them?” she wondered. “And so we started playing around with dandelion, and nasturtium, and calendula marigold, and infusing those into our krauts. We thought, between the wild fermentation and the wild edibles, let’s market ourselves as this business that helps you re-wild yourself and get back in touch with nature.” Other fermenters used the workshop to embrace the healing power of probiotics. Three told stories of chronic illnesses they had overcome or helped manage through fermented foods. “Nobody wants to be on a punitive diet of things that taste awful,” laughed Katz later. “I mean, some people believe that’s what a healthy diet has to be, but I don’t believe that at all.” 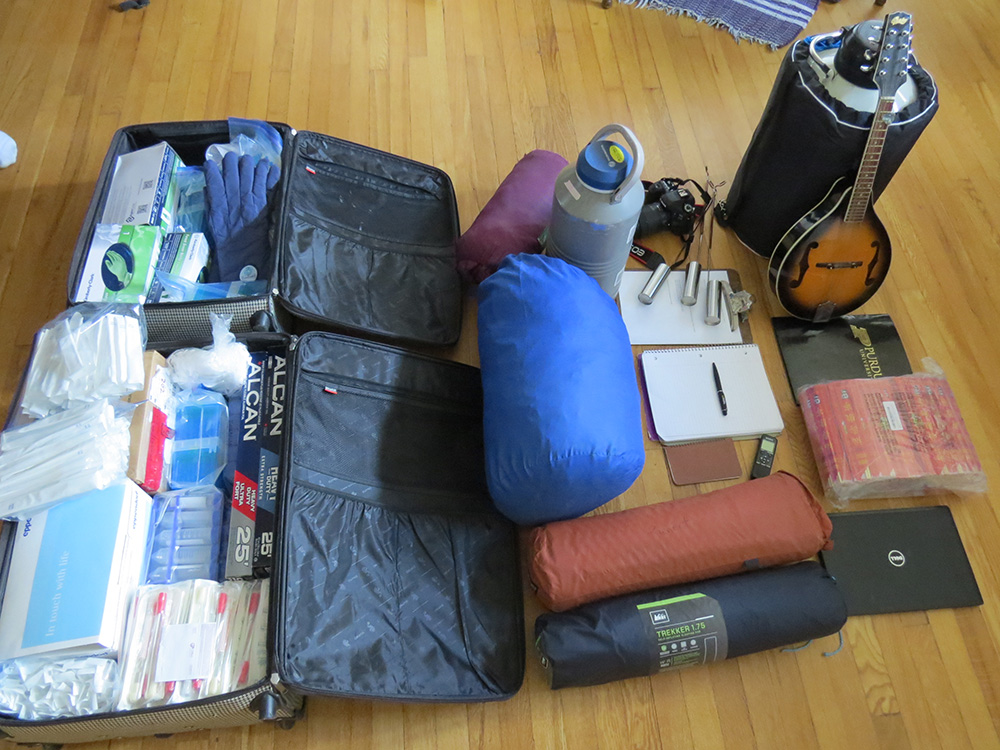 To understand what lives in our fermented foods, we collected 140 samples of fermented food and froze them in a vat of liquid nitrogen to capture a snapshot of the life swimming through the kimchi and miso. We’re building a genomic library to catalog the microbes living in fermented foods, the first step in linking them to previously identified genes that provide probiotic effects to the humans who eat them. Using a technique called shotgun metagenomics, we’re identifying genes with metabolic functions in order to understand how these microbes are aiding human digestion.

Of course, to truly understand how these foods affect our human bodies, we needed to know how much of this microbial diversity made its way into — and through — our digestive system. And to answer that question, we needed UV-treated chopsticks, sterile tube tips, ethanol, gloves and some very good-natured workshop participants. Each morning after coffee and breakfast, fermentation enthusiasts graciously donned gloves, jabbed sterilized chopsticks into sterile tip covers and scooped a few milliliters of their poop into an ethanol-filled tube. Like the liquid nitrogen, the ethanol stops microbial activity, and so by collecting a bit of our stool each day of the workshop and then mailing in a sample a week later, we preserved a picture of our changing microbial ecology. As distinctive as our unique microbial ecosystems are, we likely converged as we ate the same foods and exposed our guts to millions of the same new bacteria. As our data continues to trickle in from the Microbiome laboratory at Purdue University, we’ll develop a better understanding of how fermented foods interact with our own native microbes, and what kinds of probiotic effects they might impart to us. 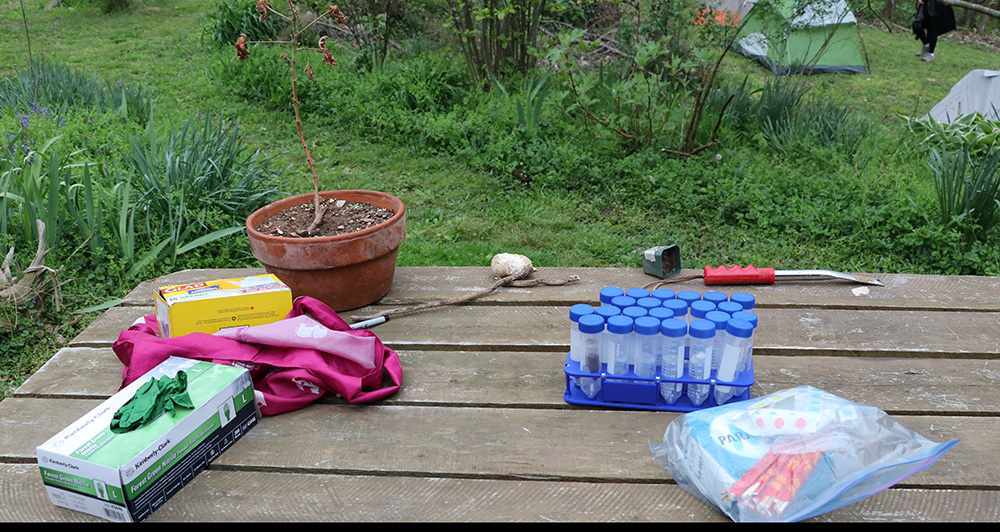 This microbial world is not the sole purview of microbiologists. Anyone who has ever cooked, baked, fermented, gardened, brewed, pickled or otherwise gotten their hands dirty in the kitchen has had a hand in shaping the microbial landscape — and is also being shaped by it. These kinds of food traditions link gardening practices that conserve the landscape we can see with cooking practices that conserve microscopic biodiversity. There can be no sauerkraut without cabbage and no yogurt without milk. Conservation efforts big and small keep these tastes alive — including the cultural conservation of fermented foods. That these foods are probably good for us in all sorts of ways is just another reason to continue practices that promote biodiversity of all sorts.