Tiger Tourism: Can Travel Help Save These Big Cats?

Tigers are one of the most charismatic and beautiful animals on earth. They are the world’s largest cat and can live across a wide range of habitats, from mountains to coastal wetlands. Most of the world’s tigers live in India within the borders of a number of national parks and tiger reserves; but their numbers are decreasing rapidly. Tiger tourism has become a hot button issue in India, with the country’s recent Supreme Court decision to end a moratorium on tourism in these reserves.

Many wildlife conservationists and respected ecotourism operators advocate that tourism can help save this iconic predator, Panthera tigris. They argue that the presence of tourists helps keep away poachers from important habitat. Furthermore, some proactive tour operators, such as Wildland Adventures, put portions of their profits toward conservation and social programs in the countries to which they travel. 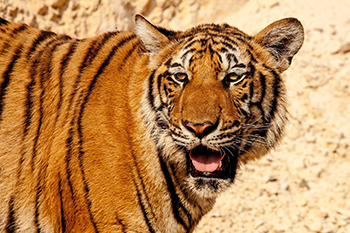 Sanjay Gubbi, tiger program coordinator for the well-respected conservation organization Panthera, has said that, “India’s wildlife tourism industry benefits communities by stimulating local economies and providing employment.” Many also believe that tiger tourism helps inspire travelers to support conservation efforts and create personal connections between tourists and wildlife; however, there is still much more to do to encourage visitors to deepen their relationship with these animals.

Ajay Dubey, a conservationist who works with Prayatna, believes tiger tourism as currently practiced in India is a threat to the big cats. Panthera’s Gubbi notes that many tourism operations adhere to “unethical safari practices.” In some preserves, lodges have been built in key tiger habitat, and the cats are further stressed by large numbers of Jeeps overcrowding them.

Dubey recently took the Indian government to court to spur improvements in how tiger tourism is managed in the country. This lawsuit has divided many people on both sides of the argument, and whether the final ruling — which reversed the ban on tourism in core sections of India’s 41 preserves — will improve the situation is yet to be seen. The hope is that the grievances that spurred the original ban have led to better managements strategies for these rare habitats.

One point on which both sides of the argument agree is the severity of the situation. Most assessments estimate approximately 3,000 tigers remaining in the wild across Asia, with about 1,700 existing in India. These numbers indicate more than a 50 percent decline over the past decade in tiger populations and are why they are currently listed as endangered by the IUCN’s Red List. The main reason for this decline however, is not tourism but poaching. Tiger skins and body parts can bring thousands of dollars on the black market.

I have spent most of the past decade working on improving how tourism benefits the efforts to protect endangered sea turtles. While these two animals and their conservation methods are very different, many of the same principles apply. For tourism to work, it must be done in a way that minimizes damage to key habitat, prevents unnecessary stress on the animals, and generates concrete benefits to both conservation programs and nearby communities.

The recent ruling by the Indian Supreme Court on Prayatna’s lawsuit has the potential to improve how tourism is managed in the country. Unfortunately, people on both sides of the argument were disappointed in the lack of strong regulations to protect tigers in the decision. Julian Matthews of Travel Operators for Tigers stated that, “Sadly there is nothing in these guidelines that gives anyone… a legal ‘road map’ as to how they (the forests) can be restored.” The primary responsibility for ending the construction of infrastructure is now in the hands of the state governments, which have been given six months to develop new tourism and conservation guidelines.

Tour operators have a strong responsibility to advocate not only for regulations that will allow their businesses to grow but also to make compromises that keep the best interests of the tigers in mind. If real changes aren’t made to both improve tourism management and reduce poaching, tourism businesses and local communities will suffer alongside these charismatic animals.