The Too Rare to Wear campaign brings tourist and conservation groups together to end the trade of illegal tortoiseshell products. Also called turtleshell, this material comes from hawksbill sea turtles, which have been hunted for centuries for their amber shells with mottled brown coloring. With populations in constant decline, it is vital to educate consumers about the importance of avoiding hair slides, jewelry, and other products made from this beautiful material.

To help save hawksbill populations, the Convention on International Trade in Endangered Species of Wild Fauna and Flora (commonly known as CITES), declared the trade of hawksbill shells illegal. However, people are not abiding by the law, and hawksbills are being mercilessly hunted to extinction. Tortoiseshell souvenirs are still the most seized items from tourists returning from the Caribbean. The laws are in place, but public abidance and tourist awareness is not.

That’s where Too Rare to Wear comes in. More than 40 conservation organizations, tour operators, and media partners have joined the coalition so far. They’re working to reach one million people with their educational message. From there, they hope to inspire 10,000 to pledge to avoid purchasing any products made of turtleshell, and encourage their family and friends to do the same. The coalition is making outstanding progress — so far, over 2,500 people have signed on. 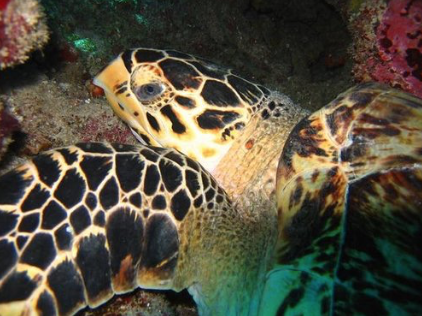 “The campaign’s ultimate goal is to reduce or end the demand for turtleshell products by educating tourists about them,” says Bradley Nahill, co-founder and president of SEE Turtles and head of the Too Rare to Wear campaign. “Tourists are the major market for these items, and most don’t know that turtleshell is from an endangered species and illegal to purchase.”

An important part of the campaign remains assessing the spread and severity of the issue. Since the Caribbean and Latin America make up a high percentage of all hawksbill trade, the campaign is working with 16 organizations and individuals, in 11 countries, to count the number of markets and souvenir shops selling turtleshell products. The data they collect will help the campaign determine where to concentrate future efforts.

The other focus of the project is outreach and awareness. Too Rare to Wear is planning a social media campaign that will distribute a guide to recognizing turtleshell and an infographic on the plight of hawksbills. Organizers have created a video that highlights what turtleshell looks like, and how to avoid it. 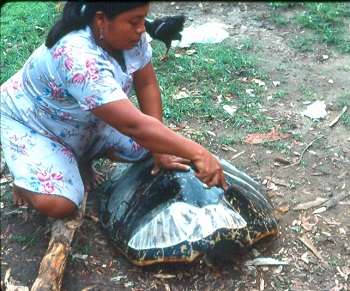 Too Rare to Wear’s organizers are putting together materials for tour operators to include in their tourist information packages on Latin America. They’ve also created posters, stickers, and other materials that partners can distribute at hotels, guide shops, and other businesses. “We’ll keep growing our coalition of tour operators and conservation organizations, which will help amplify our message,” Nahill says.

Nahill was inspired to start Too Rare to Wear after a trip to Nicaragua. “I was doing some work with our partner, Paso Pacifico, and I went souvenir shopping with my daughter, who was looking for gifts for friends,” he says. “Knowing there were people in the town [San Juan del Sur] who sold turtleshell, I told her we wouldn’t be purchasing from any vendors [who] sold it. It took quite a while to find a place for her to buy the gifts.”

“The experience made me realize that not enough is being done to raise awareness of the dire plight of hawksbill turtles, and what natives and tourists need to do to save them from extinction,” he says. “I felt that it was time for a campaign to engage the tourism industry to help end the problem.” 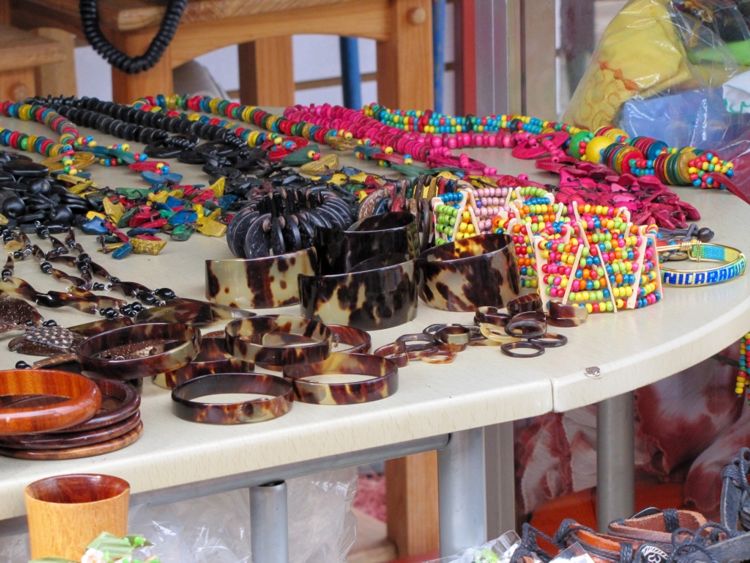 To learn more about the plight of hawksbill sea turtles, and to see what you can do to support Nahill’s work, please visit, join, and sign the Too Rare to Wear pledge on these platforms: